Metalenses That Focus All Colors of the Rainbow Could Revolutionize VR

What could this mean for the future of augmented and virtual reality? 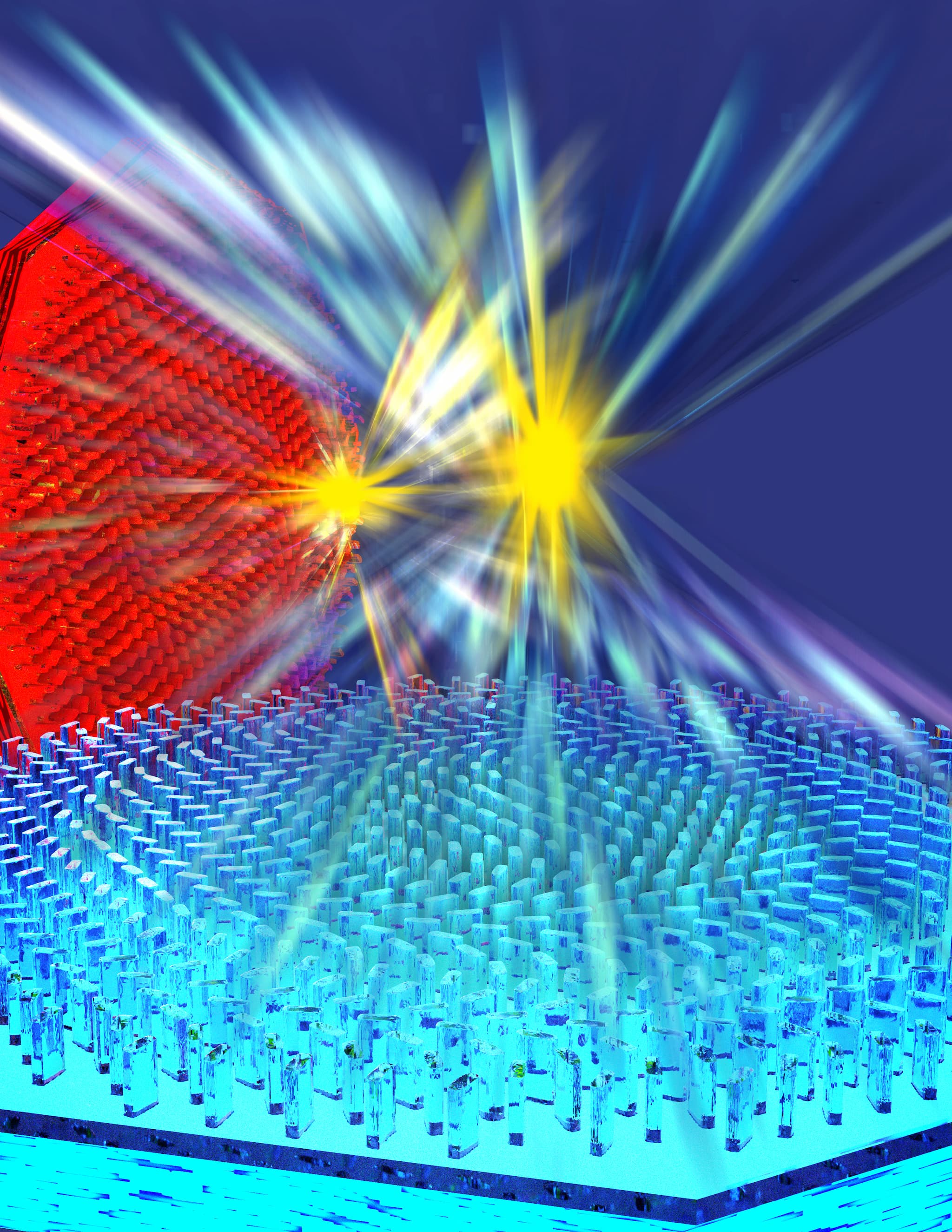 Seeing the Rainbow Through Metalenses

The quickly advancing fields of virtual reality (VR) and augmented reality (AR) rely on basic technological elements like lenses. As VR technology has progressed, traditional curved lenses have been replaced by what are known as metalenses. These flat lenses, which focus light using nano-sized structures, are much less bulky than their older counterparts.

However, metalenses have a flaw — they do not focus well in all points across the spectrum of light. But now scientists have developed the first-ever single lens that can focus the entire visible light spectrum, meaning all colors of the rainbow, in one spot.

Before, this has been possible only through stacking lenses. That's because different colors move through materials at different speeds. Red travels through glass quickest and violet the slowest, because they have the longest and shortest wavelengths, respectively.

Those speeds are a problem for cameras, because they cause aberrations in the resulting photographs since each color doesn't act the same. In order to bring each color into proper focus, cameras have to stack multiple, curved lenses together. Having multiple lenses gets rid of the distortions, but the resulting cameras are heavy and bulky.

This is the first time that focus of every color has been accomplished with a single lens. Published in the journal Nature Nanotechnology, this newly developed metalens has several advantages over traditional, curved lenses.

According to Federico Capasso, the Robert L. Wallace Professor of Applied Physics and Vinton Hayes Senior Research Fellow in Electrical Engineering at SEAS and senior author of the research, metalenses have advantages over traditional lenses. "Metalenses are thin, easy to fabricate and cost effective. This breakthrough extends those advantages across the whole visible range of light. This is the next big step.”

So, not only do these lenses cover the entire visible light spectrum, they are also less expensive and much more lightweight. The researchers said the next step is to scale-up the metalenses to be one centimeter in diameter — a size that has applications for AR and VR.

If these single metalenses can be manufactured on a larger scale and adopted by companies, it is very possible that they will revolutionize VR and cameras, making them less bulky.

Read This Next
Oh, Good
Oculus Founder Builds VR Headset That Kills User If They Die in Game
TV for Your Face
Elon Musk Says the Metaverse Sucks and Neuralink Will Be Better
Breakthrough Technologies
Facebook Hardware Devs Reportedly Skeptical of Metaverse
Virtual Combat
The U.S. Army Is Using Virtual Reality Combat to Train Soldiers
Futurism
New Electronic Skin Allows You to Manipulate Virtual Objects
More on Robots & Machines
From the Dept. of...
12:00 AM on futurism
The Best Desk Lamps of 2023
Robot Ridicule
Yesterday on the byte
Hilarious Video Shows Boston Dynamics Robot Failing Horribly
FROM THE DEPT. OF...
Friday on futurism
The Best Rechargeable Batteries in 2023
READ MORE STORIES ABOUT / Robots & Machines
Keep up.
Subscribe to our daily newsletter to keep in touch with the subjects shaping our future.
+Social+Newsletter
TopicsAbout UsContact Us
Copyright ©, Camden Media Inc All Rights Reserved. See our User Agreement, Privacy Policy and Data Use Policy. The material on this site may not be reproduced, distributed, transmitted, cached or otherwise used, except with prior written permission of Futurism. Articles may contain affiliate links which enable us to share in the revenue of any purchases made.
Fonts by Typekit and Monotype.