Magnetars: Meet Some of the Most Powerful Stars in the Known Universe

You would definitely want to keep your distance. 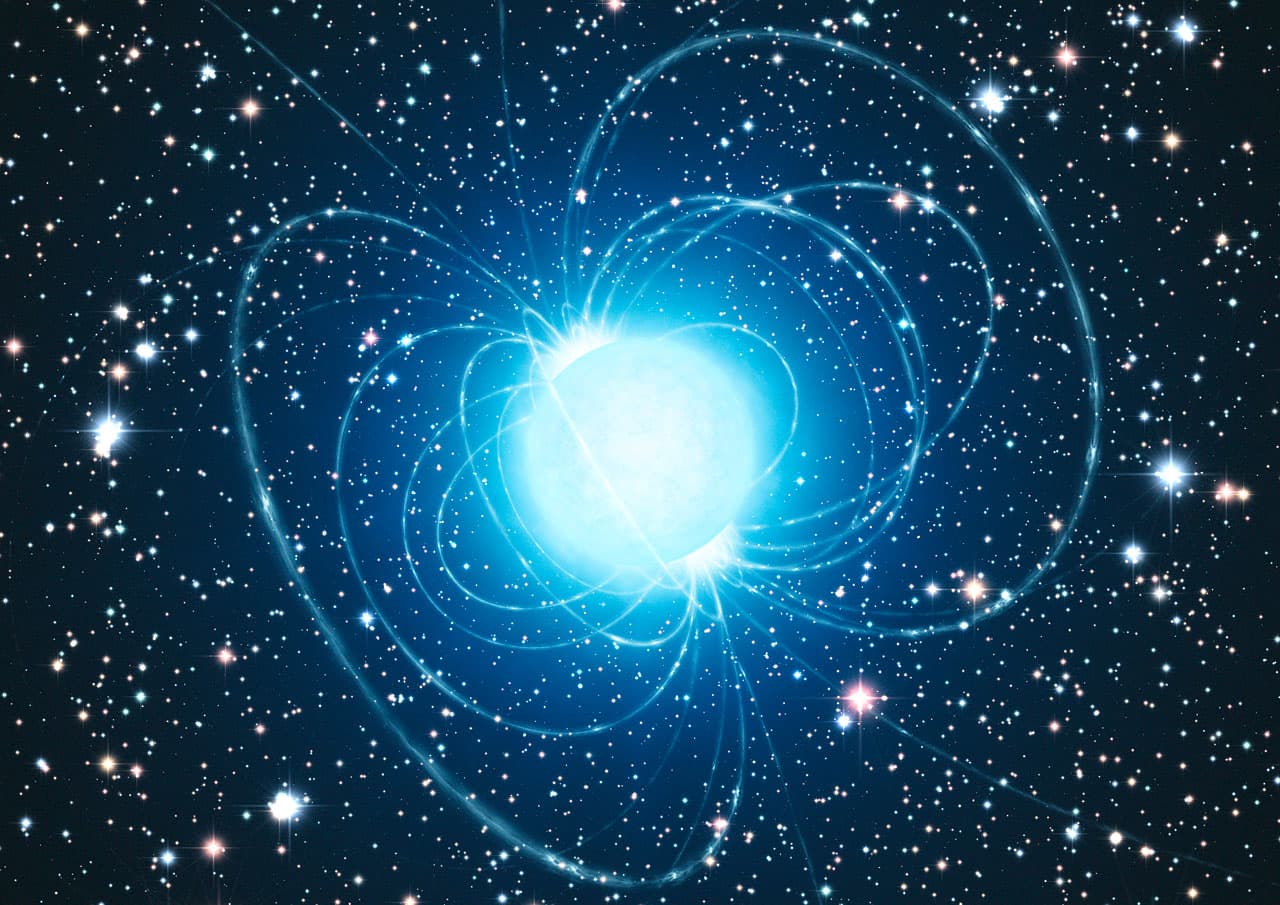 It all starts with a bang. Neutron stars are, as the name implies, composed almost exclusively out of neutrons. And the facts only get cooler (and stranger) from here.

These are a type of stellar remnant that result from supernovae explosions. When particularly massive stars die, there is so much heat and pressure that elements (electrons, protons, and mostly everything) collapse in and are transformed into neutrons.

These stars are amazingly dense and very small (for stars, anyways). Though a neutron star would likely have a diameter of roughly 20-25 km, it would typically have around twice the mass of the sun. For comparison, a marathon is about 42 kilometers. So if you’ve ever ran a marathon, chances you ran farther than the diameter of a neutron star—imagine that, you could have run around an entire star...well, maybe not, as said star has around 333,000 times the mass of our planet and you would be squashed less than flat. In fact, if you attempted this feat, you would vaporize and turn into nothing but a slew of neutrons.

A normal neutron star's primary feature is typically its powerful gravitation field, which is a product of the large mass and small size. But some of these stellar remnants have some unusual properties...

The Magnetar is a widely accepted variation on a neutron star, and a common explanation for certain phenomena (like soft gamma repeaters and anomalous X-ray pulsars).  The magnetar is, at the moment, the most powerful magnetic object known to exist. In fact, the magnetar’s magnetic field is powerful enough that it would be lethal to go anywhere near one (and that's an understatement).

Ultimately, magnetars work by sending out extraordinarily powerful bursts of energy, but they don’t keep up such incredible power constantly; however, because they give off so much energy during these bursts, their lifespans are relatively short (around 10,000 years before they decay and are no longer magnetars).

To sum, magnetars live a short but violent life and have the distinction of having the most powerful magnetic fields in the known universe.

Read This Next
Ayy Lmao
Scientists Puzzled by "Spooky" Object Sending Radio Signals Every 18 Minutes From Deep Space
BUUURP
Astronomers Pinpoint Source of Mysterious Radio Burst Signal
Not a Neutron Star, Not Yet a Black Hole
Astronomers May Have Discovered First-Ever "Black Neutron Star"
Futurism
Scientists Detect Powerful Radio Burst Coming From Our Own Galaxy
Positron Electron
Neutron Star's "Halo" Could Help Solve Antimatter Mystery
More on Hard Science
Tractor Beam
Jan 26 on the byte
Scientists Build Working Tractor Beam, Although It's Comically Tiny
Having a Blast
Jan 18 on the byte
New Study Shows Where You Should Hide to Survive a Nuclear Attack
Offworld Amino
Jan 15 on the byte
Scientists Find Building Blocks of Life in Meteor That Smashed Into Family's Driveway
READ MORE STORIES ABOUT / Hard Science
Keep up.
Subscribe to our daily newsletter to keep in touch with the subjects shaping our future.
+Social+Newsletter
TopicsAbout UsContact Us
Copyright ©, Camden Media Inc All Rights Reserved. See our User Agreement, Privacy Policy and Data Use Policy. The material on this site may not be reproduced, distributed, transmitted, cached or otherwise used, except with prior written permission of Futurism. Articles may contain affiliate links which enable us to share in the revenue of any purchases made.
Fonts by Typekit and Monotype.