The pizza with mouths for pepperonis will haunt our dreams for days. 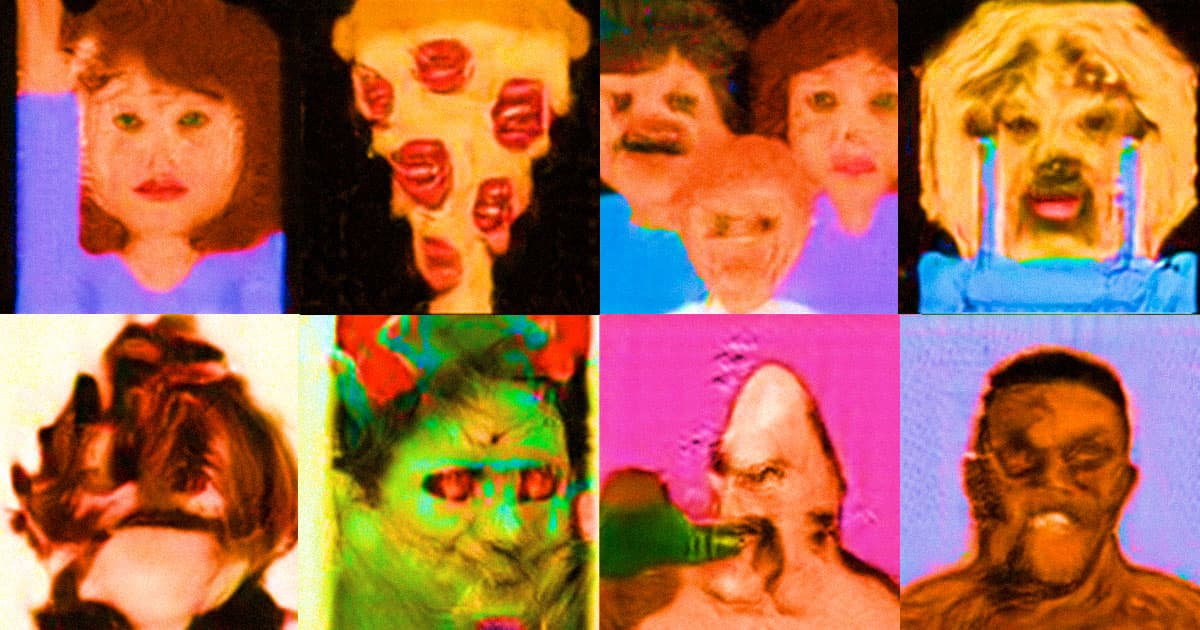 Artificial intelligence is really good at generating images of the human face — something algorithms can learn to do after studying thousands and thousands of headshots.

That's how we end up with AI-reconstructed portraits, stylistic AI-generated caricatures and anime portraits, and believable images of people who never actually existed.

The latest iteration of this trend comes in the form of a new paper published to the preprint server ArXiv last week that describes a new algorithm capable of taking an extremely pixelated face and churning out a photorealistic headshot of what the original person may have looked like.

The algorithm, built by engineers from the Korea Advanced Institute of Science and Technology, uses a new technology called Face Super-Resolution to rebuild high-resolution facial features out of blurry pictures. It has terrifying implications for facial recognition systems built into surveillance cameras — but we're here to talk about a different kind of nightmare.

AI expert Jonathan Fly noticed that Twitter emojis are the perfect size for the de-blurring algorithm, so he fed them into the system and documented the terrifying results in his blog, I Forced a Bot.

When tasked with turning pixelated emojis into human faces, the algorithm instead generated an army of nightmare creatures. When there were no discernable human features for the algorithm to latch onto, it made its own — like with a slice of pizza that now sports screaming red human mouths instead of pepperonis.

An emoji of an anguished face turned into a yellow-skinned old man with a gaping maw of a mouth lined by razor-sharp fangs. Other circular, yellow emojis were subjected to similar changes. The family of three emoji turned into horrifying, wrinkled monsters that looked like they were wearing skins as ill-fitting suits, as did most other humanoid emojis.

Interestingly enough, the algorithm fared far better on Twitch emojis, most likely because they were more photorealistic to begin with, meaning that they would have more-nearly resembled the Face Super-Resolution algorithm's normal input.

But all that went away when Fly pivoted to video game sprites — the algorithm turned a goomba into a swirling mess, and the characters from "Mike Tyson's Punch-Out" were so mangled and distorted that they looked like they had all taken several beatings in a row.

Sometimes they blurred together with the scenery behind them, illustrating face-recognizing AI's inability to understand the other objects that appear in headshots like glasses, jewelry, or in this case a boxing ring's ropes.

And Sonic? He might look even worse than in that much-criticized live action trailer.