Here's What AI Thinks A Bunch of Famous People Look Like 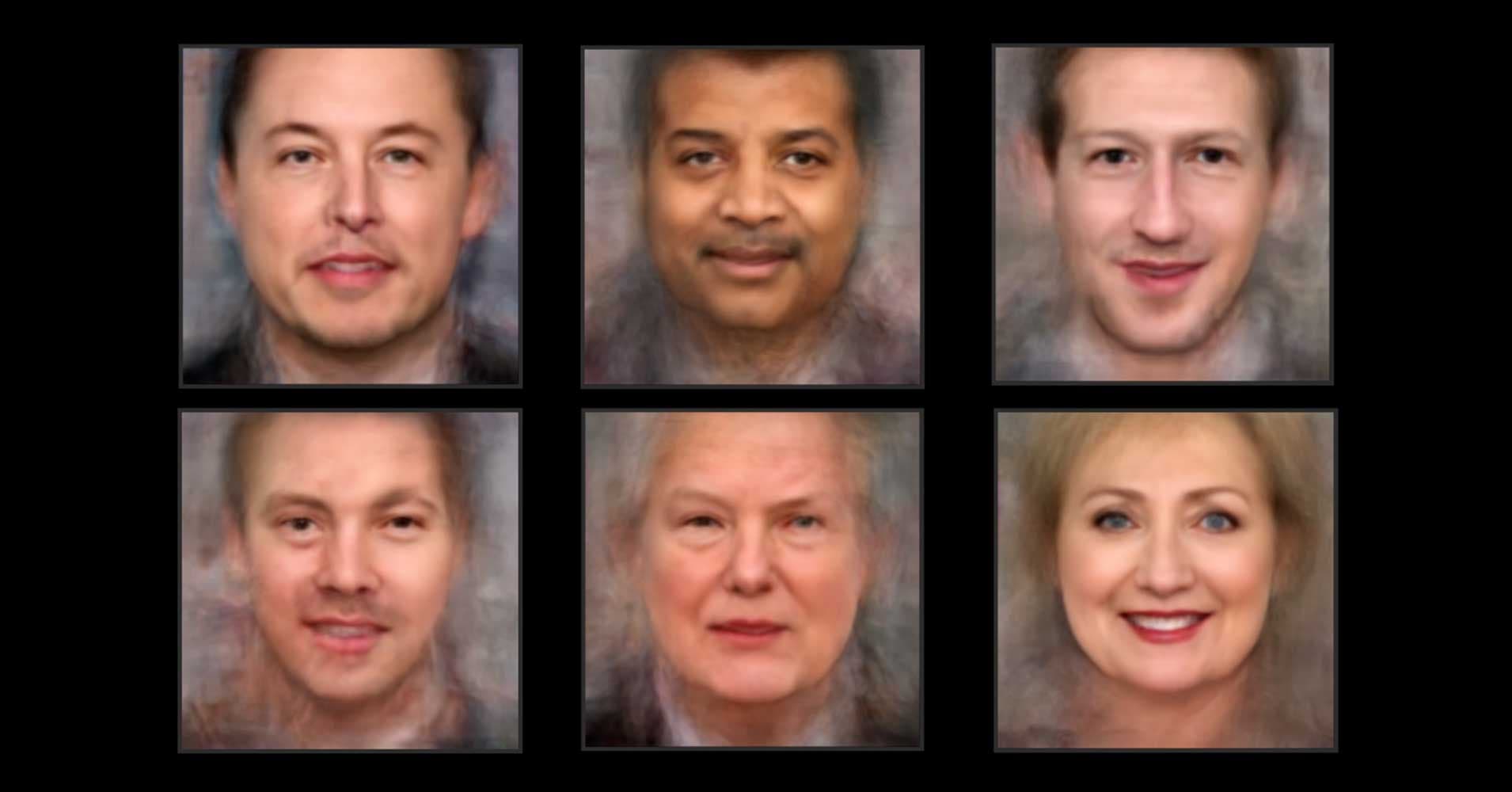 Yesterday we reported on AI Portraits, a new website that uses a neural network to analyze your photos and generate a brand-new portrait in your likeness. As such, we've decided to keep testing out the algorithm on some more well-known faces. The results were...something. Just take a look.

Thanks, I Hate it

Some of our test subjects actually looked pretty accurate — AI Portraits’ algorithm was trained on celebrities' faces, so it’s even possible that the AI system has seen some of these people before — and others looked like they were nightmares conjured by Google’s DeepDream.

Elon Musk’s AI-generated portrait doesn’t seem too far off — even his semi-mustache made it though. The algorithm is trained to tune into facial features absent anything else. That’s why, for instance, people’s glasses and jewelry are often erased from their portraits, and why it'd be a surprise that The Muskstache would make it in.

Neil DeGrasse Tyson’s portrait vaguely resembles his photo, but it seems that the algorithm had no idea what to make of his cheekbones, to say nothing of the bad trim they gave his 'stache. In this case, the AI camera really does add ten pounds.

Marie Curie posed a special challenge, perhaps because the algorithm was left to fill in skin tone and hair color — plus the photo portrays Curie as slight off-center. As a result, the face in the portrait is a bit flatter than it should be, but we can at least see where it’s coming from.

We also tested the algorithm on Mark Zuckerberg. We have no idea why his teeth were replaced by that tongue, but no thanks.

Let’s keep the bad times rolling. We have no idea what happened to Donald Trump on our first attempt; it looks like he got into Peter Thiel’s stockpile of teenager blood.

On a second pass, we used a better photo of Trump. Judi Dench, is that you?

Okay, we all need a palate cleanser. AI Portraits' algorithm got tripped up by Hillary Clinton’s eyeshadow, and now she looks like ­that aunt who has already demanded to see the manager over this article.

We saved the best for last. Nic Cage’s portrait looks like a Nic Cage impersonator who let himself go a little bit. And we have no idea why the algorithm decided to stretch his chest hair up the sides of his neck, but that’s a conversation for another day.

More on AI art: A Work of AI-Generated art Just Sold for Vastly More Than Expected