Check Out These Impressive Caricatures Drawn By AI

AI automation comes for the fairgrounds. 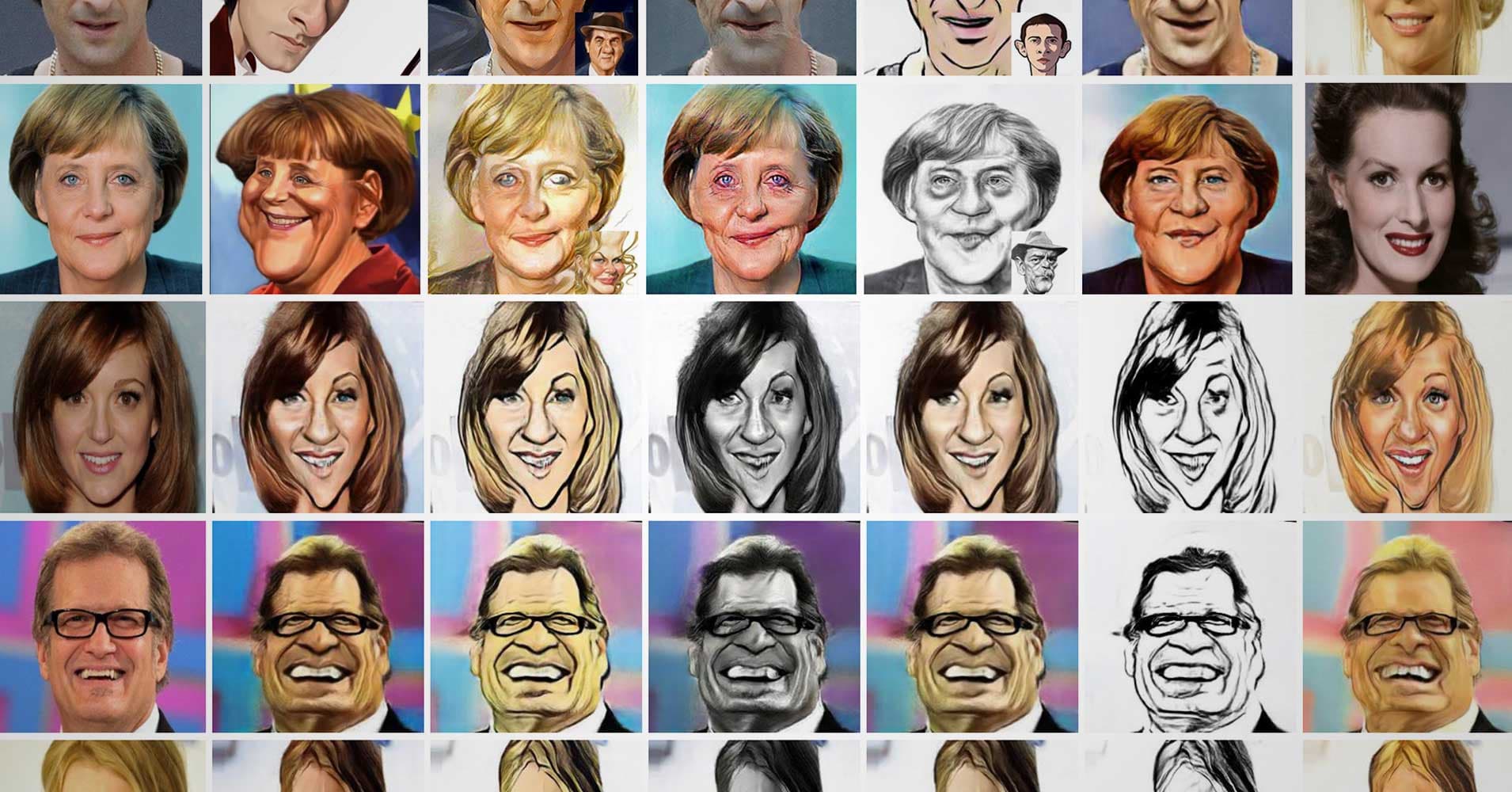 Researchers have put a ton of work into training smarter, more accurate, and more sophisticated artificial intelligence. But it’s so much fun to watch the bloopers that happen along the way.

We already know that algorithms can create lifelike portraits or deepfake videos, but a team of AI developers from Microsoft and City University of Hong Kong have sidestepped accuracy. Instead, they created artificial intelligence that can automatically turn a photo into a caricature, imitating the exaggerated, highly-stylized sketches you might see at a boardwalk or fairground.

The artistic algorithms will be presented at SIGGRAPH Asia 2018, an international animation and gaming technology convention, to be held in Tokyo this December.

To create stylistic images that also mapped onto a person’s facial features, the engineers needed to train two separate AI systems, eventually teaching them to work in concert. Otherwise, the results would have ended up like previous attempts to generate AI caricatures, which look more like body horror versions of a Dorian Grey painting.

Both AI systems took the form of a Generative Adversarial Network (GAN), a type of neural net in which two algorithms are pitted against each other: one tries to create a realistic version of something, and the other compares it to real-world examples to evaluate its work. Once the latter algorithm is fooled by something the former has made, its output is deemed realistic enough to use.

Put them together, and you get some silly-looking AI artwork that still looks just like the person it’s based on. Or, at least it looks as much like that person as a human-drawn caricature would.

For the brave reader, the team also put their GANs to the ultimate test, creating this unholy video of Donald Trump giving a speech — each frame a new, terrifying caricature.

More on AI artistry: This Website Will Generate an AI Portrait of You