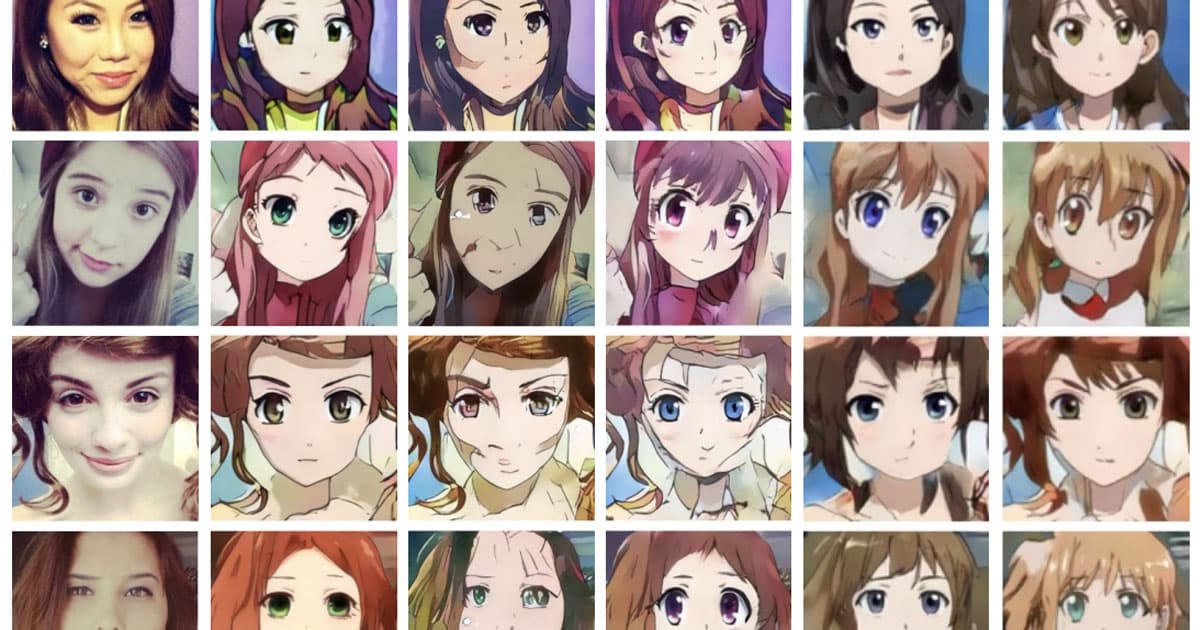 Amazing AI Automatically Turns You Into an Anime Character

You can try it out right now!

You can try it out right now!

It was only a matter of time until somebody created an artificial intelligence designed to transmute you into an anime character.

And now a team of South Korean researchers from video game company NCSoft has done just that. They created a generative adversarial networks that will ingest your selfies and spit out a picture-perfect cartoon caricature straight out of your favorite anime.

Their new method, called "U-GAT-IT," bridges the substantial gap between a selfie photograph and a cartoon image by using a framework called "Adaptive Layer-Instance Normalization." The procedure is able to focus on important qualities of an image like eyes and ears without being distracted by other traits.

And that's a big step forward.

"Unlike previous attention-based methods which cannot handle the geometric changes between domains, our model can translate both images requiring holistic changes and images requiring large shape changes," reads the researchers' paper, which was submitted to preprint repository arXiv last month.

Immortality Lite
Metaverse CEO Says ChatGPT Is Speeding Up Timeline for Emulating Dead People
5:46 PM
Read More
Bot Wreck
Red Ventures Knew Its AI Lied and Plagiarized, Deployed It at CNET Anyway
Thursday
Read More
Locker Room
Leaked Messages Show How CNET's Parent Company Really Sees AI-Generated Content
Wednesday
Read More
+Social+Newsletter
TopicsAbout UsContact Us
Copyright ©, Camden Media Inc All Rights Reserved. See our User Agreement, Privacy Policy and Data Use Policy. The material on this site may not be reproduced, distributed, transmitted, cached or otherwise used, except with prior written permission of Futurism. Articles may contain affiliate links which enable us to share in the revenue of any purchases made.
Fonts by Typekit and Monotype.