Did Jeff Bezos Step Down at Amazon to Focus on a Space Empire?

"Blue Origin is the most important work I'm doing." 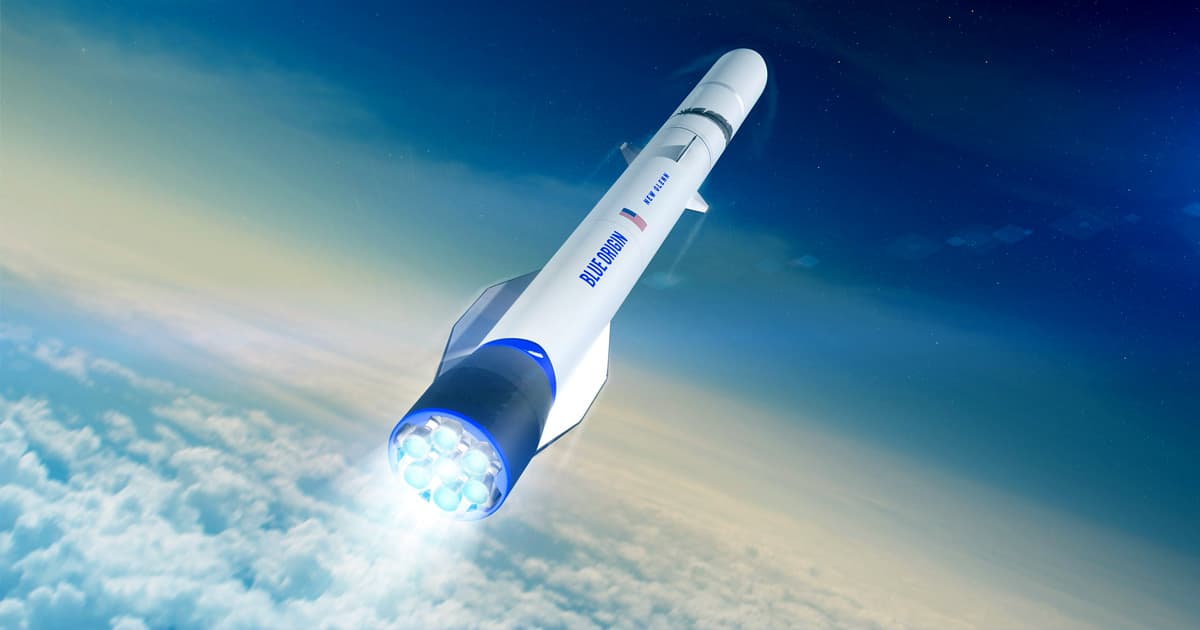 After stepping down as CEO of Amazon, Jeff Bezos is ready to shift his focus on something else.

According to industry sources, Bezos is likely to double down on his spacefaring efforts, Reuters reports.

He's already said to be clocking in more hours at his space startup Blue Origin, which has historically been a passion project for the business titan. But that could be starting to change. In a new book published late last year, Bezos wrote that "Blue Origin is the most important work I'm doing."

"I have great conviction about it, based on a simple argument: Earth is the best planet," he wrote.

Bezos isn't the only tycoon trying to get off this planet. SpaceX CEO Elon Musk recently took over from Bezos as the richest man in the world — a changing tide that highlights SpaceX's growing head start in the industry.

While SpaceX has made a growing number of trips — crewed and uncrewed — to orbit and the International Space Station, Bezos' space company has yet to visit the space station, let alone deliver cargo or passengers into space.

Then there's the matter of Blue Origin's contracts with NASA. In April of last year, the agency selected Blue Origin, as well as Dynetics and SpaceX, to develop human landers as part of its upcoming Artemis missions to the Moon.

Four months later, Blue Origin proudly delivered a full-scale prototype of its Blue Moon lander to the NASA Johnson Space Center. But the lander, which still has velcroed pieces of foam acting as placeholders for scientific instruments and navigation dials, still has a long way to go.

SpaceX is also directly competing with Blue Origin on the lander contract, promising a Starship variant that will eventually have lunar landing capabilities.

To go orbital, Blue Origin is betting on its New Glenn two stage orbital launch vehicle, a massive rocket that's scheduled to launch some time this year. The reusable rocket represents a major leap forward for the space company, but it's still uncertain when it will actually take flight for the first time.

It will be a monumental task for Blue Origin to kick into high gear and achieve reliable and reusable flights to orbit. And with Bezos having more time to dedicate to the company's endeavors, it might just have a shot.

But it will inevitably be a game of catch up. SpaceX is making major moves towards developing a reusable heavy lift vehicle that may one day carry the first astronauts to the lunar surface since the 1970s.

Even Blue Origin's planned Project Kuiper constellation of broadband-beaming satellites will butt up against SpaceX's own Starlink efforts, as evidenced in a recent spat between the two companies.

We'll have to wait and see if Bezos' renewed commitment will be enough to make Blue Origin a worthwhile competitor.

Read This Next
Overview Effect
William Shatner Says His Space Trip Left Him With a Feeling of Terrible Grief
Makeover Scene
Space Tourist Says He's Thinking About Flying SpaceX Craft Up to Fix Hubble
Grain of Salt
There's a Huge Problem With Elon Musk's Promise to Bring Starlink to Iran
Sluggo Mode
SpaceX Has a Major Problem With Its Starlink Internet Connections
Dumpster Fire
SpaceX Tested Starship's Engines and Accidentally Caused a Large Fire
More on Off World
Lunar RGB
Yesterday on the byte
NASA Shows Off Artemis "Party Mode," Powered by Amazon (TM) Alexa (TM)
Putting Things In...
Tuesday on futurism
Amazing Artemis Photo Shows Every Human, Alive or Dead, Plus the Moon
Love It or List It
Tuesday on the byte
NASA Hires Company to 3D Print American Base on the Moon
READ MORE STORIES ABOUT / Off World
Keep up.
Subscribe to our daily newsletter to keep in touch with the subjects shaping our future.
+Social+Newsletter
TopicsAbout UsContact Us
Copyright ©, Camden Media Inc All Rights Reserved. See our User Agreement, Privacy Policy and Data Use Policy. The material on this site may not be reproduced, distributed, transmitted, cached or otherwise used, except with prior written permission of Futurism. Articles may contain affiliate links which enable us to share in the revenue of any purchases made.
Fonts by Typekit and Monotype.