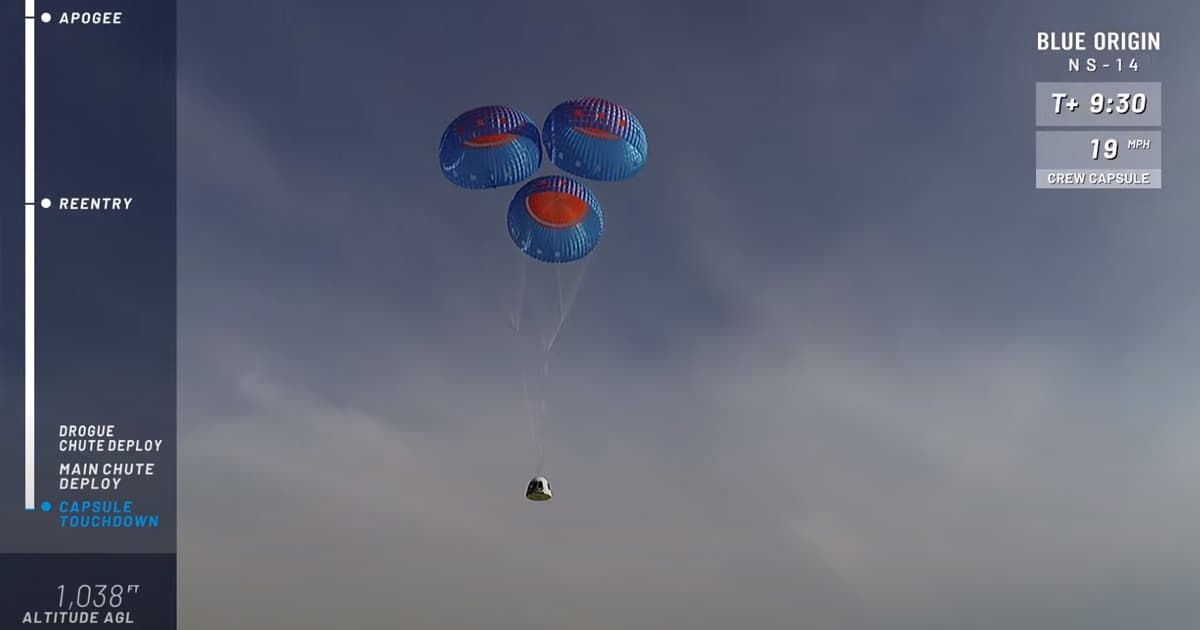 A sensor-laden, human-sized dummy collected data from inside the cabin.

A sensor-laden, human-sized dummy collected data from inside the cabin.

Blue Origin just made a major step toward sending astronauts into space.

While it was the 13th successful launch of the rocket, it was the maiden flight of the company's NS-4, an upgraded crew capsule housing six seats, display panels, and temperature controls — and with a human-sized dummy on board, collecting data.

The rocket, with dummy "Mannequin Skywalker" occupying one of its six seats, blasted off to an apogee of 350,827 feet, well above the Karman line, the generally agreed-upon edge of space.

Several minutes after liftoff, the rocket's booster made a successful landing, touching down on four extended legs, reminiscent of SpaceX's Falcon 9 booster. The capsule, designed to one day carry tourists into space, made a gentler return, aided by three large parachutes.

The New Shepard rocket has been long in the making. The rocket has entered its seventh year of uncrewed flight testing with crewed flights not expected to occur before 2022. Its biggest competitor, SpaceX, has had far more luck, delivering its first astronauts to space in August 2020.

New Shepard used the company's BE-3 liquid hydrogen and oxygen fueled rocket engine. Two vacuum optimized versions of these engines will carry Blue Origin's orbital launch vehicle New Glenn, which is set to make its debut as early as this year, as NASASpaceflight reports.

The company's BE-7 engine, which is currently being tested, uses the same fuel as BE-3 and is designed to be used on Blue Origin's Blue Moon lunar lander. The company delivered a full-scale prototype to NASA in August.