Does the Orbital Reef have a glaring design flaw? 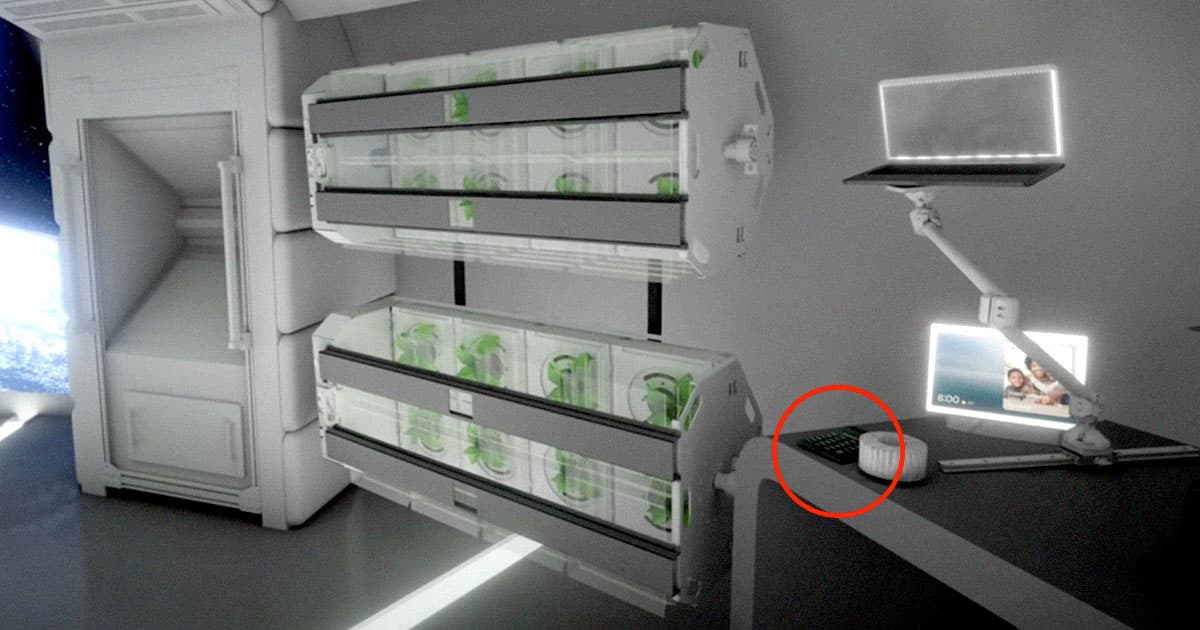 If Bezos' ultimate dream being a coworking space in orbit sounds a little pedestrian, you're not alone.

"Jeff Bezos just announced that he's going to try to build the first commercial space station and his vision is literally for a suborbital 'mixed used business park' and I'm going to lose my mind," journalist Brian Merchant wrote in a tweet responding to the announcement.

In other words, a "mixed use business park" sounds like the kind of place where dreams of space exploration go to die.

As of right now, the station only exists in the form of a press release and a few flashy renders. Even so, the design of the futuristic-looking station leaves something to be desired. Over on Reddit, pundits immediately flagged a rather obvious design flaw: there's simply too much empty space that could easily get crew members stuck without a nearby handhold.

One render even shows a calculator innocently resting on a work surface nearby, seemingly unaffected by the lack of gravity.

"This is what you get if you ask a bunch of 3D modelers to create a space station," one user chimed in. "Bright white embedded lights, gray featureless matte surfaces, big windows with the Earth in every single one, curved corridors."

"Not a single engineer was working on these," the user added, pointing out that the woman in the renders could easily get stranded in the middle of a cavernous hallway.

That's not hyperbole. In fact, the International Space Station's largest section, the Kibo module developed by Japan's space agency, is large enough for astronauts to get stranded in mid-space.

A video filmed on board the station shows an astronaut performing a specially designed maneuver, which involves waving arms and legs in a specific pattern, to get himself unstuck from the center of the Kibo module.

"You have to be a little extra careful, you can get out in the middle of it and you can’t reach a handrail and you could possibly get stuck there for a little while," NASA astronaut legend Mark Kelly remarked back in 2008 shortly after the module was installed.

While it isn't exactly a fatal flaw — astronauts can always get a fellow space traveler to help them get unstuck — it is a bit of a glaring oversight.

And that's not to mention that Blue Origin has its work cut out — to say the least — to realize its vision. The embattled company has only reached the mere edge of space, and has yet to sent a rocket into orbit, nevermind a space station.

Whether it can make enough progress, NASA lawsuits and all, to complete the Orbital Reef by the end of 2030 remains to be seen.

The good news, at least, is that that's also plenty of time to go back to the drawing board and rework the station's design.

Read This Next
Pale Blue Shat
William Shatner Explains Why His Trip to Space Was Horrible
Overview Effect
William Shatner Says His Space Trip Left Him With a Feeling of Terrible Grief
And Beyond
How NASA Got Price Gouged on the SLS, According to Its Former Second-in-Command
Billionaire Bailout
Bernie Sanders Working to Block Jeff Bezos From NASA Moon Contract
Heating Up
One Space Trip Emits a Lifetime's Worth of Carbon Footprint
More on Off World
Take Cover
Yesterday on the byte
Space Startup Blows Up Another Giant Inflatable Space Station Module
Rock Blast
Yesterday on the byte
Scientists Say There's an Upside to Those Rocks That Keep Bludgeoning the James Webb
Meathead Theory
Yesterday on the byte
Professor Receives Insane Email Claiming "Biological" Green Comet Is Giving Off "Meat Smoke"
READ MORE STORIES ABOUT / Off World
Keep up.
Subscribe to our daily newsletter to keep in touch with the subjects shaping our future.
+Social+Newsletter
TopicsAbout UsContact Us
Copyright ©, Camden Media Inc All Rights Reserved. See our User Agreement, Privacy Policy and Data Use Policy. The material on this site may not be reproduced, distributed, transmitted, cached or otherwise used, except with prior written permission of Futurism. Articles may contain affiliate links which enable us to share in the revenue of any purchases made.
Fonts by Typekit and Monotype.