“Analyzing this huge mountain of data will keep us busy for years to come, and it promises many exciting new insights into different astrophysical processes.” 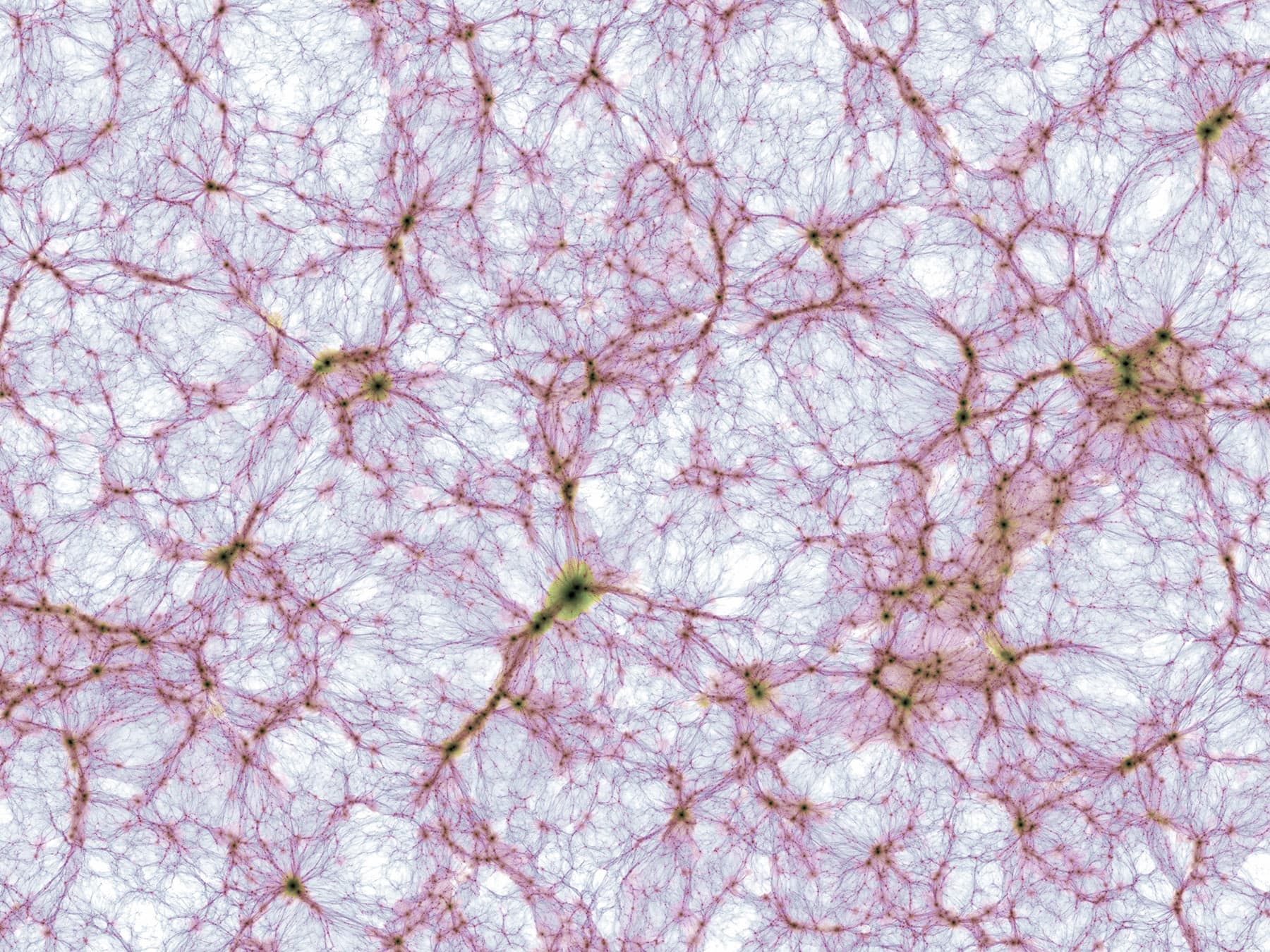 Illustris: The Next Generation

The largest simulation of the cosmos ever run has boldly taken us where we have never gone before: the formation of the universe. Illustris: The Next Generation (IllustrisTNG) utilized new computational methods to achieve a first of its kind universe-scale simulation. The data-packed simulation has already fueled three papers, which were published Thursday, Feb 1, in the Monthly Notices of the Royal Astronomical Society.

The insights gleaned from the simulation have given researchers a new understanding of how black holes affect the distribution of the ever-elusive dark matter throughout galaxies. Not only could these powerful gravity wells be preventing older galaxies from producing new stars, they could also be influencing the emergence of cosmic structures.

A single simulation run required 24,000 processors and a timespan of more than two months. Germany’s fastest mainframe computer, the Hazel Hen machine at the High-Performance Computing Center Stuttgart, ran the simulation twice. “The new simulations produced more than 500 terabytes of simulation data,” Volker Springel, principal investigator from the Heidelberg Institute for Theoretical Studies, said in a press release. “Analyzing this huge mountain of data will keep us busy for years to come, and it promises many exciting new insights into different astrophysical processes.”

IllustrisTNG made these predictions by modeling the evolution of millions of galaxies in a representative region of a universe. The cube-shaped area has sides that are nearly 1 billion light-years long. In the previous version (called Illustris), the model area’s sides were only 350 million light-years long. The updated program also introduced some crucial physical processes that had not been included in previous simulations.

These updated features allowed IllustrisTNG to model a universe remarkably similar to our own. For the first time, the clustering patterns of the simulated galaxies demonstrated a high degree of realism in comparison to the patterns we see from powerful telescopes, such as those at the Sloan Digital Sky Survey.

If the program’s verifiable predictions about dark matter, galaxy formation, and magnetic fields continue to prove accurate, we'll be able to put greater stock in the insights it provides about processes we haven't been able to observe with even the most advanced telescopes.

“When we observe galaxies using a telescope, we can only measure certain quantities,” Shy Genel, a scientist at the Flatiron Institute’s Center for Computational Astrophysics who worked on the development of IllustrisTNG, said in the press release. “With the simulation, we can track all the properties for all these galaxies. And not just how the galaxy looks now, but its entire formation history.”

By mapping out the histories of model galaxies, we may get a glimpse of what the Milky Way looked like as Earth came into being. We could even get an idea of how our galaxy might evolve billions of years from now.

In the years to come, this simulation might prompt some astronomers to simply adjust their telescopes to look for newly predicted stellar processes. For example, the simulation of the cosmos predicted that galaxy collisions that form larger galaxies should produce faint stellar light. Specific details about where to look for this background glow could allow astronomers to confirm their theories about these intergalactic events.

Read This Next
Dark Secrets
Scientists Just Detected the Oldest Dark Matter Ever Observed
Walled Up
Scientists Say Space Is Filled With Invisible Walls
Turn Back Time
Scientists Say There May Be a Mirror Universe in Which Time Runs Backwards
Into Darkness
Inside NASA's Bold Proposal to Probe the Mysteries of Dark Matter
Was Al Wrong?
New Evidence About the Universe Suggests Einstein Was Wrong
More on Hard Science
Tractor Beam
Jan 26 on the byte
Scientists Build Working Tractor Beam, Although It's Comically Tiny
Having a Blast
Jan 18 on the byte
New Study Shows Where You Should Hide to Survive a Nuclear Attack
Offworld Amino
Jan 15 on the byte
Scientists Find Building Blocks of Life in Meteor That Smashed Into Family's Driveway
READ MORE STORIES ABOUT / Hard Science
Keep up.
Subscribe to our daily newsletter to keep in touch with the subjects shaping our future.
+Social+Newsletter
TopicsAbout UsContact Us
Copyright ©, Camden Media Inc All Rights Reserved. See our User Agreement, Privacy Policy and Data Use Policy. The material on this site may not be reproduced, distributed, transmitted, cached or otherwise used, except with prior written permission of Futurism. Articles may contain affiliate links which enable us to share in the revenue of any purchases made.
Fonts by Typekit and Monotype.