We Just Discovered a New Type of Colossal Galaxy

The biggest and brightest galaxies in the universe aren't what we thought they were. 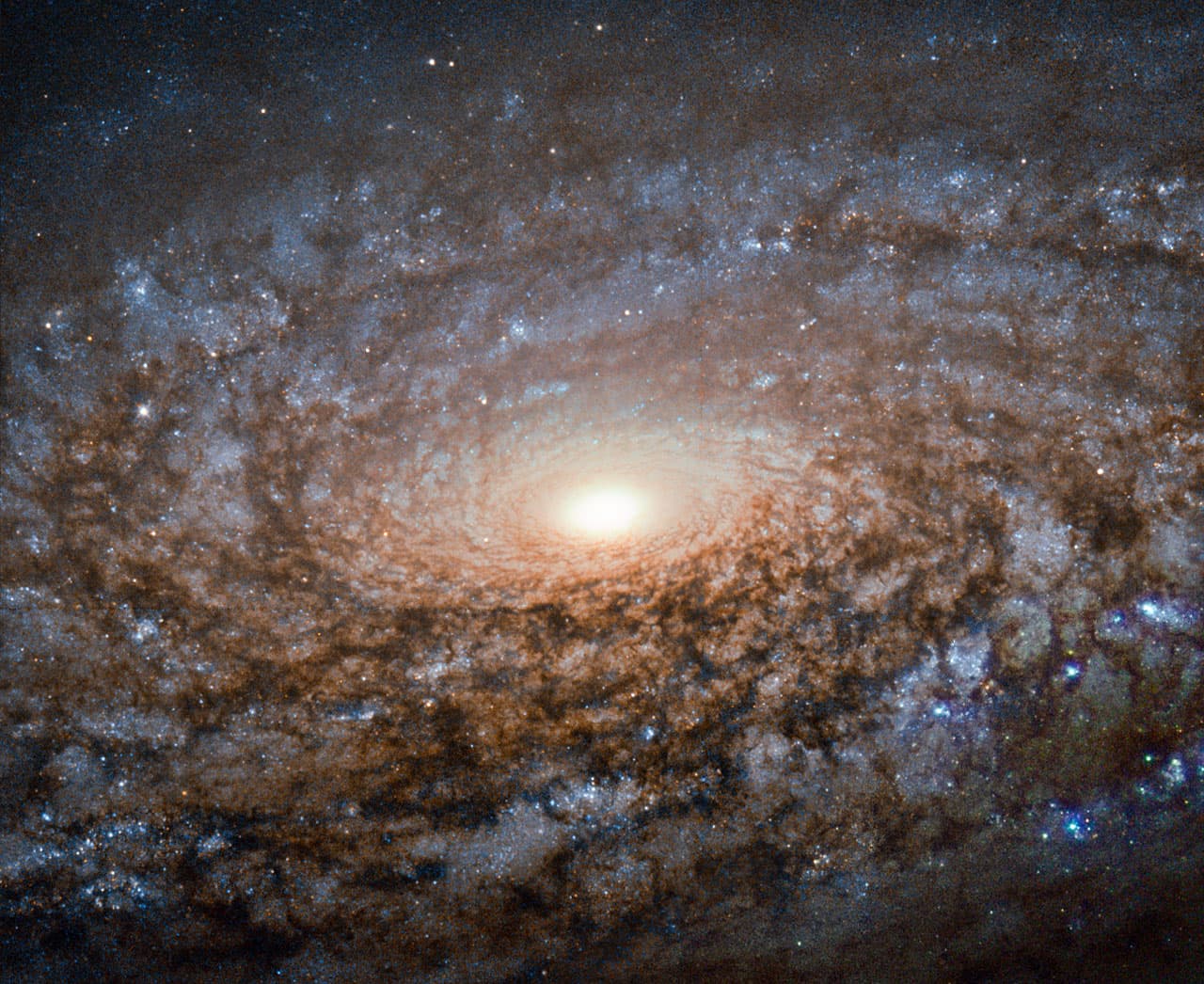 Astronomers from the California Institute of Technology have discovered a massive new kind of galaxy, which they now call a "super spiral." These galaxies give off bright light that can shine up to 14 times that of the Milky Way Galaxy.

They have diameters that can measure up to 437,000 light-years. For comparison, the Milky Way is just a little over 100,000 light-years across. And they can weigh up to 340 billion solar masses. The massive size also means that super spirals can give off an incredible amount of ultraviolet and mid-infrared light. To that end, the galaxy has a very high rate of star formation, generating new stars 30 times faster than our galaxy.

The discovery was made by a team of astronomers led by Dr. Patrick Ogle, who write that they had chanced upon the galaxies in the NASA/IPAC Extragalactic Database (NED) while in search of other extremely luminous and massive galaxies.

Co-author Dr. George Helou said: “Remarkably, the finding of super spiral galaxies came out of purely analyzing the contents of the NED database, thus reaping the benefits of the careful, systematic merging of data from many sources on the same galaxies.”

The team of astronomers had expected to find ellipticals (large, mature galaxies) in searching NED, but instead they happened upon this new discovery. This came after sampling around 800,000 galaxies, all within 3.5 billion light-years from the Earth, they found that the most luminous galaxies here not elliptical in shape, but rather spiral.

A distinct trait observed in 4 of the 53 super spirals discovered by the team is that they contain two galactic nuclei, potentially hinting at the origin of such galaxies—a collision of epic proportions.

As the team notes, “double nuclei are a telltale sign of two galaxies having just merged together. Conventionally, mergers of spiral galaxies are destined to become bloated, elliptical galaxies,” but the merging of two gas-rich galaxies could possibly lead to their combined gases settling into a super spiral.

This discovery changes conventional understanding of how massive galaxies form and evolve. Their study is published in the Astrophysical Journal.

Read This Next
Monkey Business
China Plans to Send Monkeys to Space Station to Have Sex With Each Other
Overview Effect
William Shatner Says His Space Trip Left Him With a Feeling of Terrible Grief
Astronaut Drip
We Just Got the First Peek at NASA's Artemis Moon Landing Suits
Blast Off
Former Astronaut Details Quest to Grow Cannabinoids in Space
RIP
Unfortunate Comet Flies Too Close to the Sun, Disintegrates and Becomes a Ghost
More on Off World
Trashing Orbit
Yesterday on the byte
Elon Musk Says SpaceX May Build Starship That Dies on Purpose
Cat and Mouse
Yesterday on the byte
SpaceX to Launch "Hunter" Satellites for Targeting Rival Spacecraft
Space In Space
Yesterday on the byte
NASA Official Admits There's a Bit of an Issue on the Space Station
READ MORE STORIES ABOUT / Off World
Keep up.
Subscribe to our daily newsletter to keep in touch with the subjects shaping our future.
+Social+Newsletter
TopicsAbout UsContact Us
Copyright ©, Camden Media Inc All Rights Reserved. See our User Agreement, Privacy Policy and Data Use Policy. The material on this site may not be reproduced, distributed, transmitted, cached or otherwise used, except with prior written permission of Futurism. Articles may contain affiliate links which enable us to share in the revenue of any purchases made.
Fonts by Typekit and Monotype.