IBM Has Devised a Way to "Grow" Computer Chips

The microchips of the future could assemble themselves like crystals. 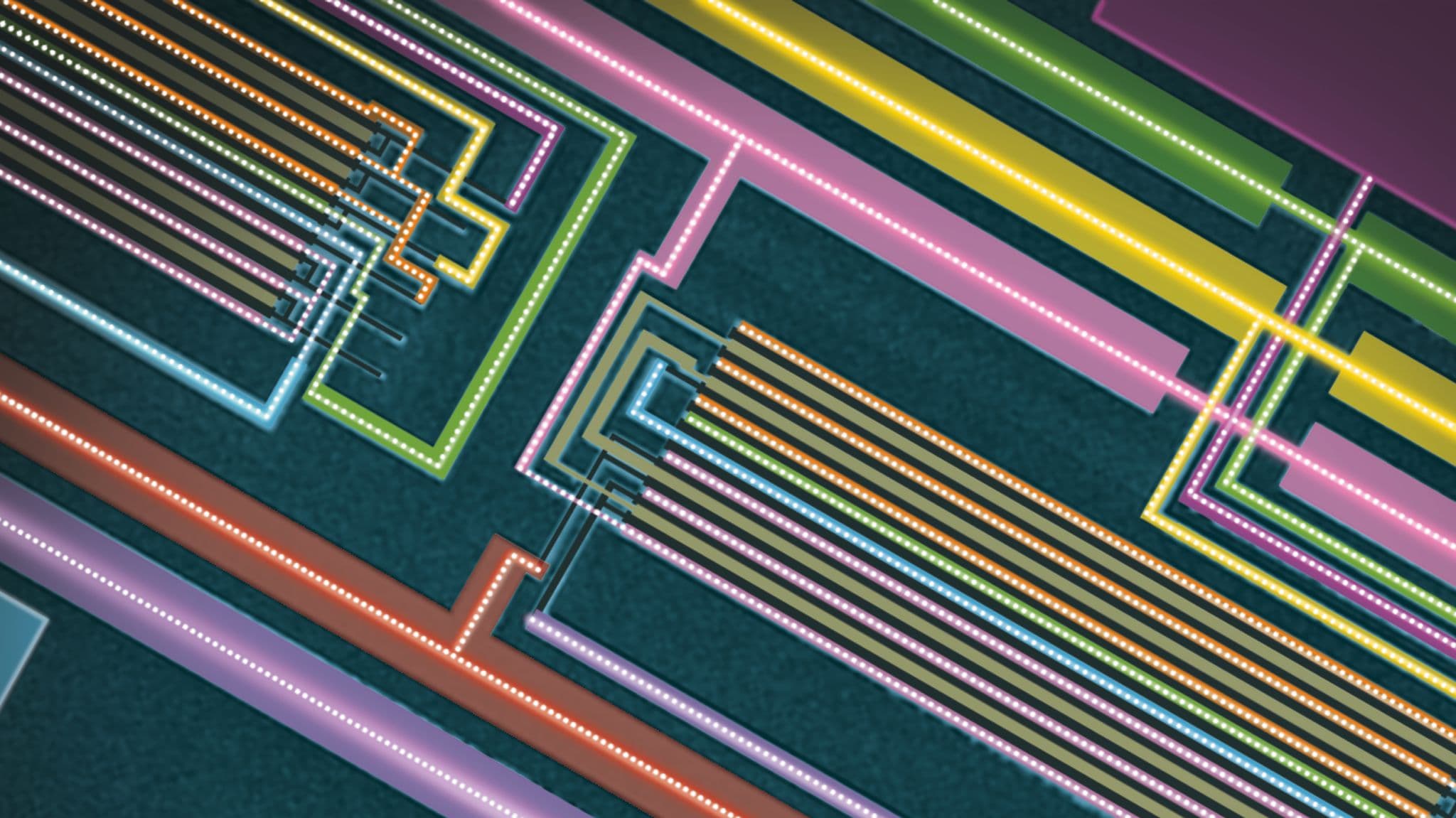 Traditionally, computer microchips are made of the semiconductor silicon. Silicon is turned into wafers where complex circuitry is carved—but there's a limit to this complexity and to the chips' processing capacity, and it's coming soon.

Scientist from IBM are ushering in a revolution of microchip design by seeking to use carbon nanotubes. The researchers theorize that these nanotube chips could use less electricity, and be six to ten times faster than silicon-based ones.

The difficulty with carbon nanotubes is that their tiny size makes them hard to work with—they are basically tiny tubes whose walls are just one carbon atom thick. Unlike with silicon, chip makers can't carve carbon nanotubes into their intended circuit patterns, nor arrange the tubules one by one.

The materials scientists at IBM are addressing this by borrowing a trick from nature. Using chemistry, they developed a method to coax the carbon nanotubes into the desired structures. The developers described it to be similar to how crystals grow.

“We’re trying to tackle that problem by borrowing from nature, because nature builds everything that way,” said George Tulevski, IBM Research materials scientist. “We think that’s one of the key missing pieces.”

A revolution in microchip technology could bring us more powerful processors that can crunch more data at a better speed, all while consuming less energy. There are efforts from other groups that are also exploring microchip technology using carbon nanotubes, like Stanford University's N3XT project, and it could only be too soon when carbon nanotube chips replace silicon-based ones.

When we harness the power of nanotechnology, we can expect a slew of new capabilities from our gadgets. Such possibilities include injectable microchips that could revolutionize medicine, and bendable computers that could be key to developing futuristic wearable tech.

Read This Next
Fashion and Function
New Fiber Could Be the Foundation for Futuristic Smart Garments
Think Small
MIT Figured out a Way to Shrink Objects to Nanoscale
Futurism
A New Discovery May Allow Us to Finally Make an Invisibility Cloak
Futurism
New Microchips Convert Data Stored as Light Waves into Sound Waves
Futurism
Electric-Charged Nanoparticles Can Turn a Clear Window Into a Mirror
More on Hard Science
Warped Tour
Feb 2 on futurism
Professor Believes Door to Warp Drive May Lie With Ethylene Glycol
Sky Bursts
Feb 2 on the byte
Astronomers Intrigued by 25 Mysterious Repeating Radio Signals From Deep Space
Tractor Beam
Jan 26 on the byte
Scientists Build Working Tractor Beam, Although It's Comically Tiny
READ MORE STORIES ABOUT / Hard Science
Keep up.
Subscribe to our daily newsletter to keep in touch with the subjects shaping our future.
+Social+Newsletter
TopicsAbout UsContact Us
Copyright ©, Camden Media Inc All Rights Reserved. See our User Agreement, Privacy Policy and Data Use Policy. The material on this site may not be reproduced, distributed, transmitted, cached or otherwise used, except with prior written permission of Futurism. Articles may contain affiliate links which enable us to share in the revenue of any purchases made.
Fonts by Typekit and Monotype.