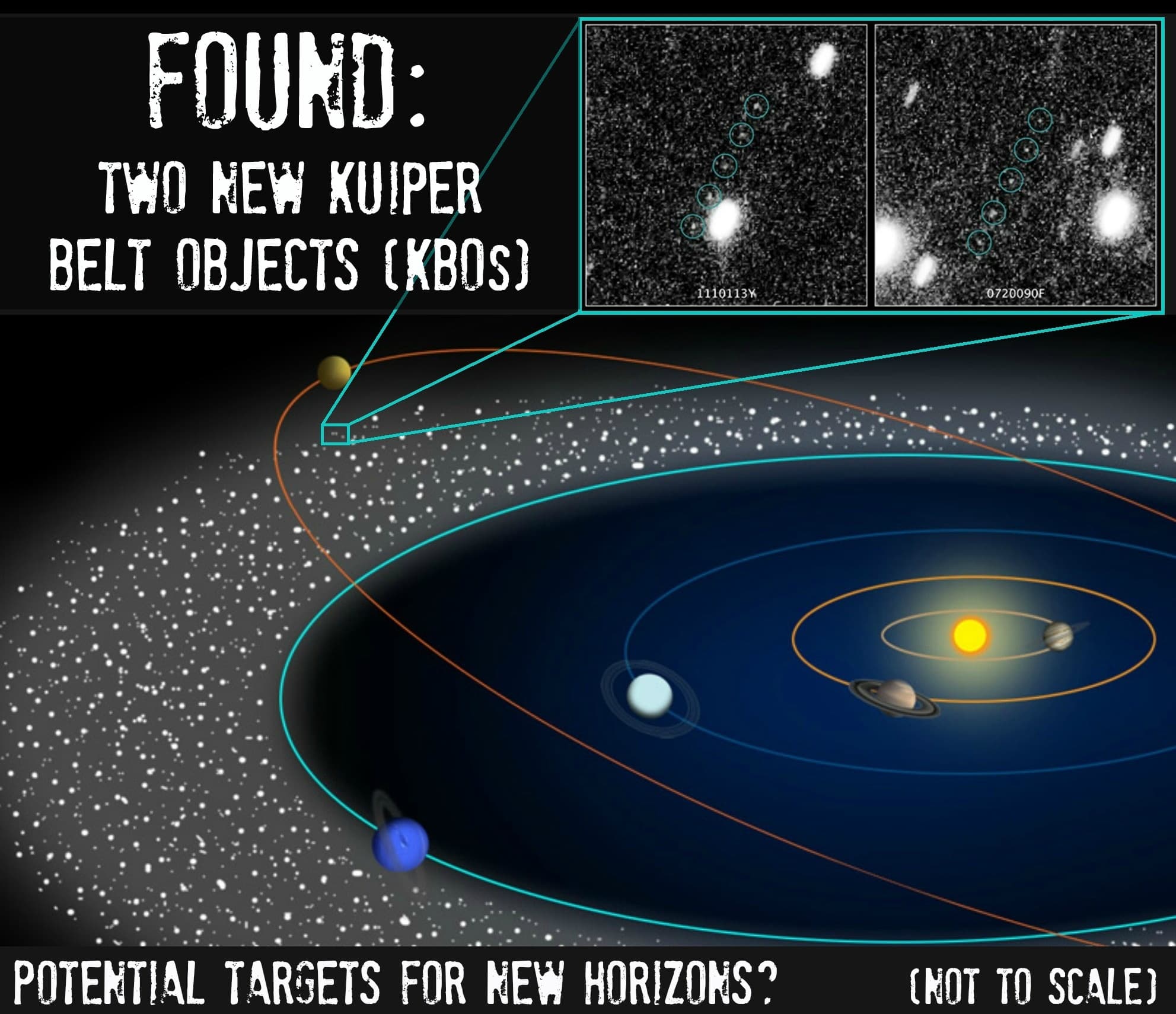 Currently,we have an above average understanding of the planets inhabiting the inner solar system. Thanks, in part, to the technologically advanced spacecrafts we've sent to study these worlds. An equal amount of attention has been focused on Jupiter (most of it collected by the Galileo Spacecraft) and Saturn (it has been thoroughly explored by Cassini), but the two outermost planets have been studied scarcely. Pretty much all of the data we have came from the Voyager program. Beyond Neptune's borders, we venture in to the Kuiper Belt; where 4 out of 5 of the dwarf planets (Pluto, Eris, Makemake and Haumea) lurk (Ceres lies between Mars and Jupiter, in the asteroid belt). It's still uncharted territory.

In the coming year, New Horizons will finally reach Pluto, giving us unprecedented insight into no man's land. In anticipation of its arrival, astronomers working on the project have focused several ground-based telescopes on this distant expanse of our neighborhood, looking for potential targets for New Horizons to explore after it concludes its tour of the Plutonian system.

Hubble's time is incredibly precious (even the most basic discoveries require an unbelievable amount of observational time), but recently, the New Horizons team was given the green light to participate in a two-week pilot study of the Kuiper belt. If they were able to find two or more candidates, they would be given an additional 160 orbits of telescope time.

Following the conclusion of the pilot study, they discovered two objects in the Kuiper Belt among the 200 images taken, with the objects captured between June 16th and June 26th. According to the team:

"Multiple exposures taken with Hubble tracked the KBOs moving against the background field of stars in the summer constellation Sagittarius."

"The image at left shows a KBO at an estimated distance of approximately 4 billion miles from Earth. Its position noticeably shifts between exposures taken approximately 10 minutes apart. The image at right shows a second KBO at roughly a similar distance."

The discovery of the two small objects is enough to warrant a more extensive search of the region. Perhaps this follow-up information will help us determine whether or not either object would be suitable for a New Horizons flyby.

As it stands, astronomers have known about the Kuiper Belt (named after Gerard Kuiper; the person who first theorized its existence) since the 1950's. We've since learned that the region is immense beyond imagination, containing trillions of tiny artifacts — like comets and (mainly) asteroids — left over from our solar system's formation (Some of them are between the Kuiper Belt and the Oort Cloud); along with several larger ones as well. A little over 1,000 have been identified, but an additional 70,000 might be found over time (settling the planet v.s. dwarf planet debate once and for all).

Pluto is counted among them. It's situated some 4.67 billion miles (7.5 billion kilometers) from Earth. Its "closest" known neighbor, Haumea, is some 6,452,000,000 km (4,000,240,000 miles) from the Sun, while the dwarf-planet Eris, is far more distant than Pluto itself is. It's almost three times farther away from the Sun than its sibling, in fact, making it impossible to include on New Horizon's "to do" list.

That is much too far away for New Horizons to explore. There is hope still yet, as the New Horizons team still have about a year to find a solid contender. The decision must be made come December, 2015, before the window of opportunity to reposition the spacecraft's on-board engines toward a target passes. We also need to weary about exhausting its fuel supply with fruitless movements.

The search is slated to begin later on this month and come to a conclusion by August. Stay tuned for more information.