Tour of the Dwarf-planets: Haumea 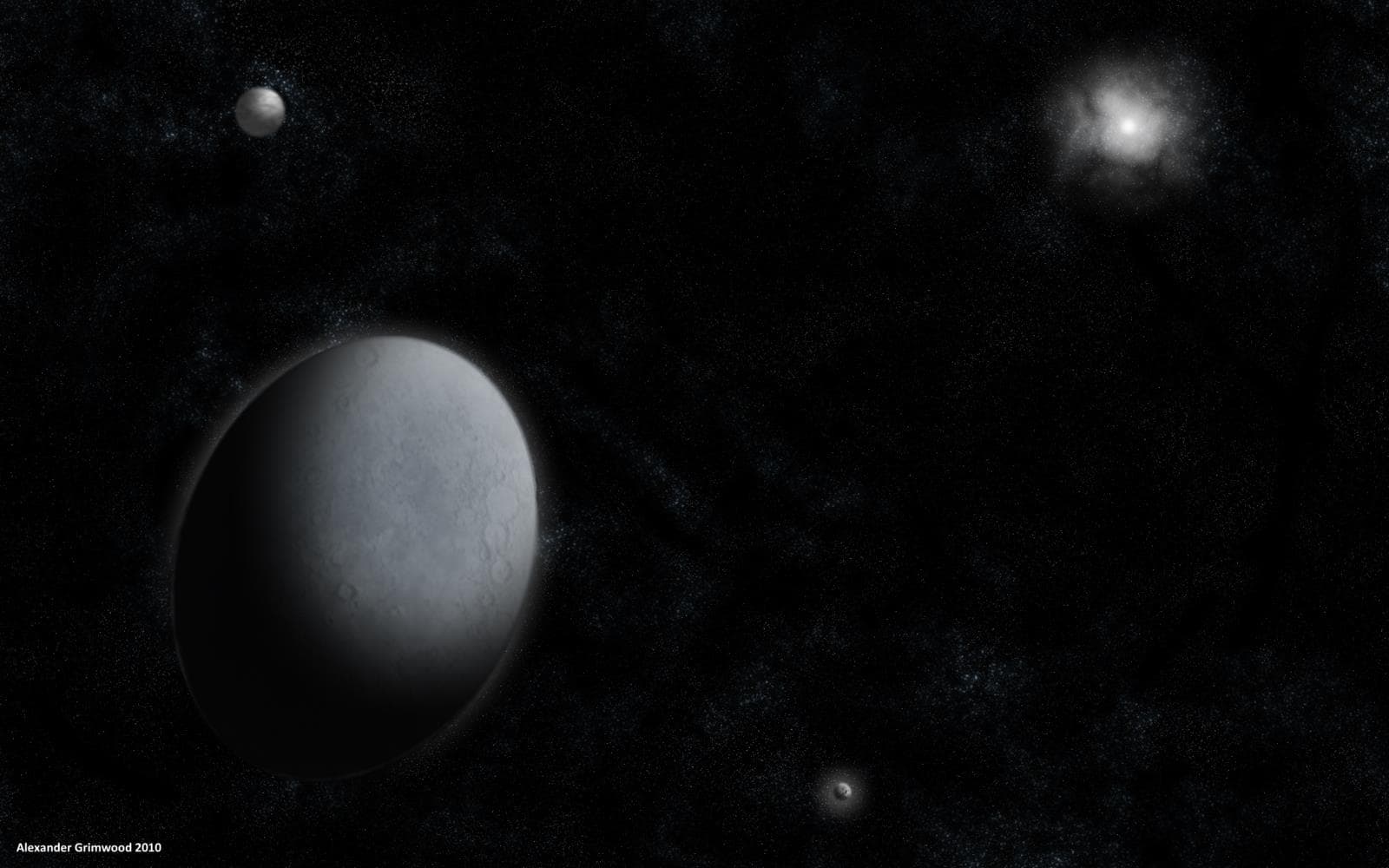 Continuing onward on our tour of the dwarf-planets of our solar system, we come to undoubtedly the strangest Plutoid of the bunch. I would even say that this odd celestial dwarf-planet is one of the strangest objects discovered lurking in our celestial neighborhood thus far (though this comment is a little premature, as there are likely hundreds, perhaps even thousands of objects that lie in the Kuiper belt that we have yet to observe).

Haumea is named after the matron goddess of the island of Hawaii, where the Mauna Kea Observatory is located. This dwarf lies some 50 AU (Earth/Sun distances) from the sun, completing a full orbit in about 285 years. While this KBO (Kuiper Belt Object) completes a full revolution on its axis in a mere four hours! The incredible rotational speed is also responsible for stretching Haumea into the shape of an ellipsoid (an egg or American football, in comparison). The extreme elongation of the object is the first of its kind!

It is the fifth dwarf planet by the date of discovery (it was formally classified as a dwarf-planet by the International Astronomical Union (IAU) on September 17th, 2008), but it is only slightly farther from the sun than Pluto. It is also much smaller comparably. Pluto has an equatorial circumference of 4,93 miles (or 7,231 km), while Haumea is 1,218 miles (1,960 km) at its absolutely longest. At its shortest, it is just 619 miles (996 km), which is less than the distance of the state of California (about 840 miles long).

And lastly, the surface temperature on this ice world is below 50k, a temperature at which amorphous ice is formed. However, thanks to observations taken of Haumea's surface by the Very Large Telescope in Chile, we now know that instead of amorphous glass-like ice providing the planet's distinctive glitter, that highly organized crystals are responsible, which are continuously replenished through an indefinite cycle of gravitational kneading (with a splash of radioactive elements in its core) that melt the ice before soon refreezing it.

This may very well be the source of the distinctive reddish spot discovered on Haumea's surface, perhaps containing an abundance of tholin-like compounds, organic matter or irradiated materials, unlike the bulk of its composition.