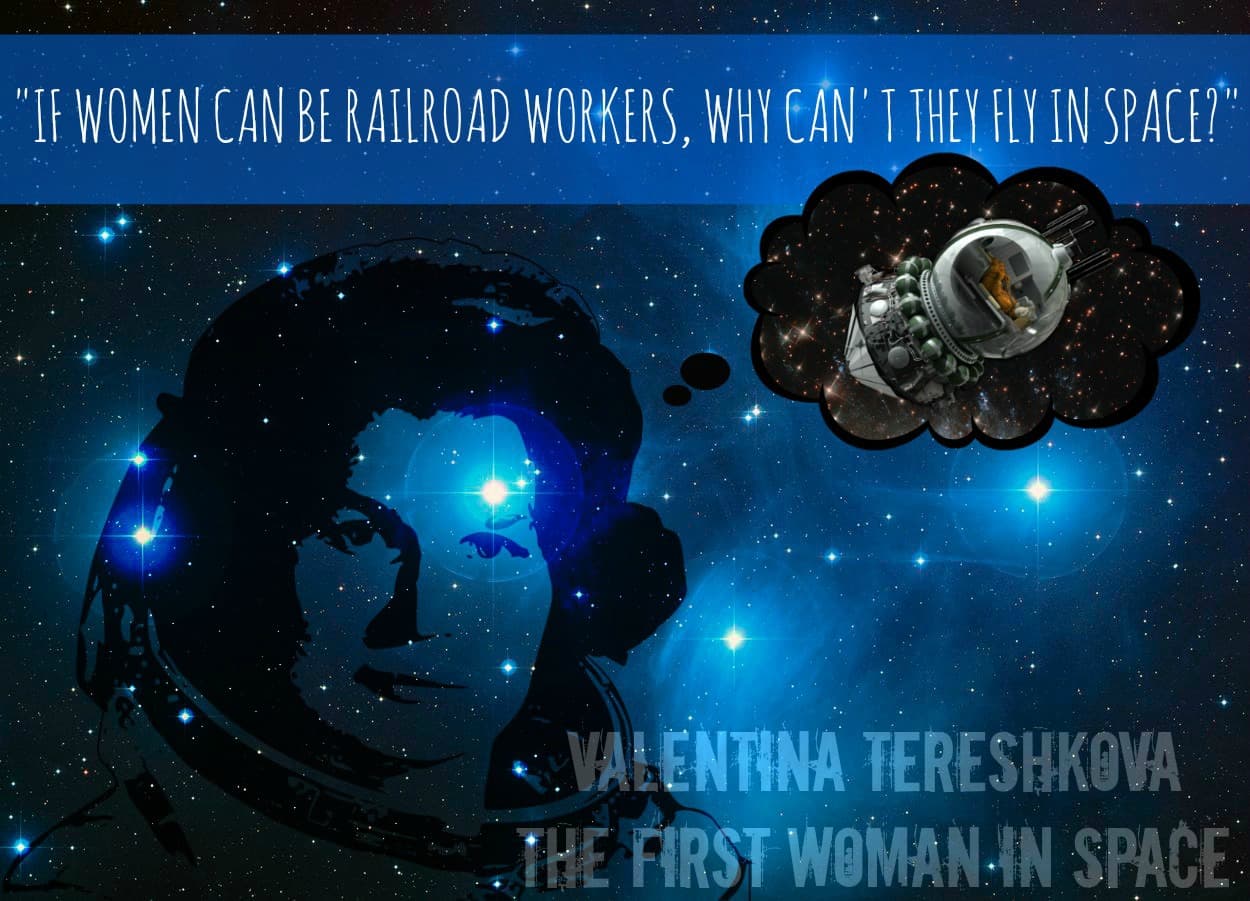 Two days ago (March 6th) it was the birthday of the first woman in space, Valentina Tereshkova (1937-). She was born and raised in Maslennikovo (Yarroslavl Region, Russia); she is the daughter of a tractor driver and a textile plant worker. She had rather ordinary beginnings, leaving school at age 17 in order to help support her family by working at the textile plant. However, Tereshkova continued her education by taking correspondence courses.

A PLETHORA OF 'FIRSTS'

Through the DOSAAF Aviation Club (an auxiliary organization of the Soviet Air Force), Tereshkova learned sky diving and was later recruited into the cosmonaut program. Her passion for, and her expertise in, parachute jumping led to her selection as the cosmonaut aboard Vostok 6. Fortunately for Tereshkova, piloting experience was not necessary, since the Vostok was completely automatic. However, parachuting experience was a must, because the cosmonaut was ejected from the capsule after re-entry into the Earth’s atmosphere, making Tereshkova the perfect candidate.

On June 16, 1963, Tereshkova was launched aboard Vostok 6 and became the first woman to fly in space. She orbited the Earth 48 times before returning to the planet. The mission was a complete success and Tereshkova was given numerous honors.

After that mission she never flew again and it would be another nineteen years before another woman entered outer space; however, she stayed active. Valentina Tereshkova was a member of the World Peace Council in 1966, a member of the Yaroslavl Supreme Soviet in 1967, and was elected to the presidium of the Supreme Soviet in 1974. She was the Soviet representative to the UN Conference for the International Women’s Year in Mexico City in 1975. She received two Orders of Lenin and recognition as a Hero of the Soviet Union.

As an interesting aside, Tereshkova married astronaut Andrian Nikolayev. And their child, Elena, was of significant interest to the medical community, as she was the first baby born to parents who were both exposed to space.

Other Russian cosmonauts have made very notable contributions to space exploration. Read the heartbreaking story of Vladimir Komarov right here. Or, read about Sally Ride, the first American woman to venture into space, here.