The Heartbreaking Story of Vladimir Komarov

His mission was doomed from the start. 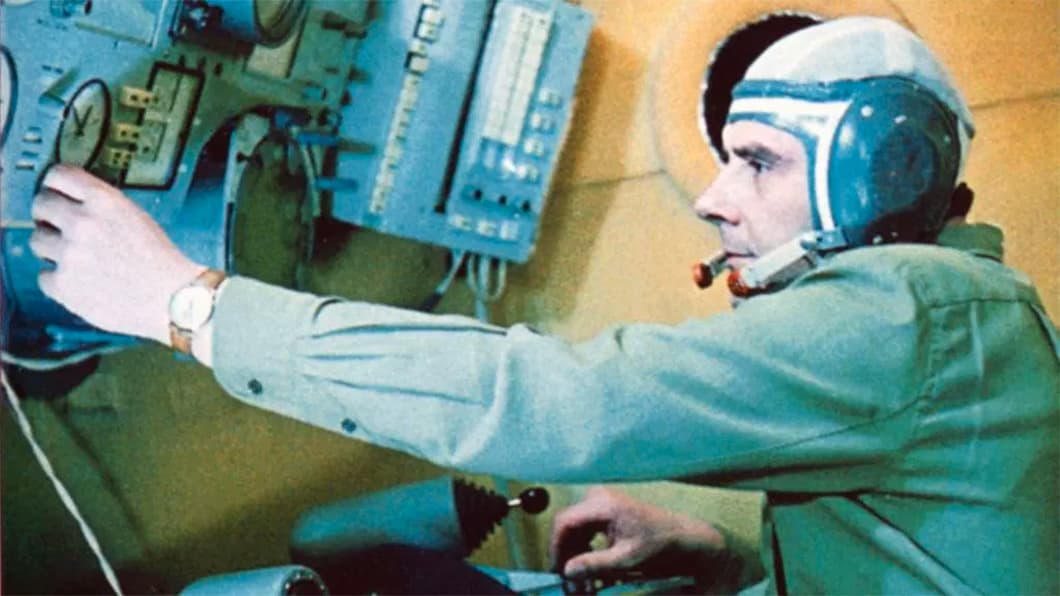 Unfortunately, the Soviet Union experienced the brunt of these tragedies. In their haste to beat the United States to the Moon, the U.S.S.R. was careless, reckless, and had no real accountability. Many of their brave cosmonauts paid the ultimate price for their shortcomings. Vladimir Komarov was one of them.

In 1960, Komarov, a Soviet test pilot and aerospace engineer, was selected as a member of the first group of cosmonauts to take part in the first multi-person excursion to space (in low-Earth orbit, to be more specific). Also enlisted to the Air Force Group One was Komarov's close friend Yuri Gagarin (you may remember him as the first human being that went into space).

Several years later, the U.S.S.R. made a bold (albeit extremely reprehensible, bordering on criminal) move. They wanted to capture a docking between not one, but two Soviet spaceships in space. One of the ships, Soyuz 1, would carry one cosmonaut into near-Earth orbit, while a second spacecraft would carry two more cosmonauts. Once in space, both crafts would dock, the men would switch respective spacecrafts, and then one of the crafts would return to Earth.

Seems relatively simple, right? Well, as it turns out, this plan was doomed from the start.

Numerous signs indicated that they were sending their men on a suicide mission — more than 203 structural instabilities were identified — but everyone attempting to put a stop to the mission was hastily ignored. It is reported that those in charge refused to send a 10-page memo outlining the dangers up the chain of command.

The nation chose to press on with the mission, and unfortunately, one of the men enlisted to take part in it was Komarov.

Doomed From the Start

Allegedly, Komarov knew that the situation was bleak, but instead of raising a fit about taking part, which would have done little good, Komarov chose to take off in Soyuz I. His reasoning? If he had backed out, the alternative pilot would have been sent in his place. That alternative pilot was his good friend Yuri Gagarin.

Both men showed up on the fateful day of the mission: April 23, 1967. Komarov’s backup pilot and friend allegedly acted out by making strange demands and requesting a pressure suit. Some believe his actions were indicative of a person that wanted to delay the launch, but that remains speculative.

Regardless, the mission went off as planned. That is, until Soyuz 1 made it into space. At that point, the true scope of the situation was realized. The ship's antennae didn't operate correctly, the power and navigational systems were ineffective, and the craft didn't carry with it nearly enough fuel (one of the solar panels was compromised).

The true moment everything fell apart was when the capsule set out to make its descent back to Earth and the parachutes failed to open. After the first parachute was deployed, a second, larger parachute was supposed to open, but the failure of the first prevented the larger parachute from being released from a storage bay. The backup then became entangled with a small canopy that was meant to fill the larger one out.

Following this turn of events, little could be done to save Komarov. He was fully aware of this, and the ensuing conversation between Komarov and mission control remains one of the most mysterious and controversial events of the 20th century.

Since the U.S.S.R. has always been a tight-lipped society, shrouded in secrecy with many national incidents covered up for decades afterward, we may never know the true details surrounding Komarov's final correspondences. However, an unofficial account of the story says that, while in a state of hysteria, Komarov spoke with Alexsei Kosygin, a high official of the Soviet Union, who allegedly cried along with him, telling him he was a national hero.

Following a brief, but bittersweet conversation with his wife about what to tell their children, Komarov (and the Soyuz 1 spacecraft that carried him into the sky) plummeted through Earth's atmosphere before hitting the ground with the force of a 2.8 ton meteorite.

Some have said that he died screaming, whilst cursing the people that played a role in his death. One thing is for certain: Komarov's charred, unrecognizable body was recovered soon after. He was given an open casket, state-sponsored funeral with full military honors. Sadly, the person he was allegedly hoping to save (Gagarin) passed away only two years later in a plane-related accident. Regardless, Komarov is widely regarded as a hero who met a needlessly gruesome demise.

There is a lesson to be learned from Komarov's fate. Every person that makes the conscious decision to go into space should know that ample risks are involved. It's just a price one must be willing to pay to play an active role in exploration. People like Komarov helped pave the way for the people that followed them in the pursuit of conquering the heavens. And for that, we should all be grateful.

Read This Next
Futurism
3 Observatories That Just Joined Hawking's Search For Life and What They Can Do
Futurism
Stephen Hawking on $100M Search for Aliens: “We must know”
Futurism
Weird Universe: 10 of the Strangest Objects Ever Discovered
More on FromQuarkstoQuasars
What’s the (Anti)...
6. 12. 21 on the byte
Physicists Find Particles That Switch Between Matter and Antimatter
Futurism
11. 12. 15 on futurism
Interview: Michel Bauwens on Peer-To-Peer Economics and Its Role in Reshaping Our World
Futurism
11. 10. 15 on futurism
Stunning Images Chart Shapeshifting Nature of Venus' Polar Vortex
READ MORE STORIES ABOUT / FromQuarkstoQuasars
Keep up.
Subscribe to our daily newsletter to keep in touch with the subjects shaping our future.
+Social+Newsletter
TopicsAbout UsContact Us
Copyright ©, Camden Media Inc All Rights Reserved. See our User Agreement, Privacy Policy and Data Use Policy. The material on this site may not be reproduced, distributed, transmitted, cached or otherwise used, except with prior written permission of Futurism. Articles may contain affiliate links which enable us to share in the revenue of any purchases made.
Fonts by Typekit and Monotype.