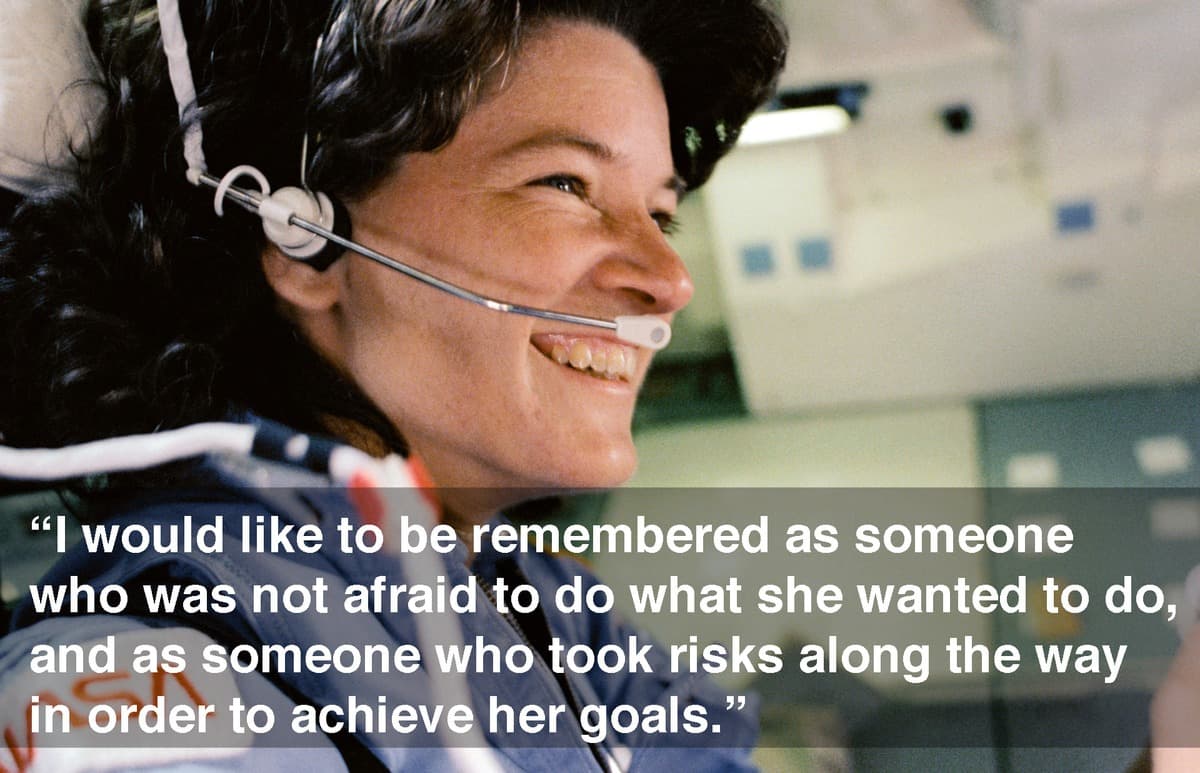 It's no secret that the astrophysics field (one that is very near and dear to everyone on our team) is mostly a male dominated profession. Einstein, Sagan, Hawking, Tyson, Krauss, Hadfield, Armstrong, and Cox are all names that any of our fans should immediately recognize. They are constantly quoted, interviewed, studied, and praised. While there is no doubt that they are worthy of the recognition they receive, sometimes we forget about the other faces behind the glass -- people that are constantly reaching new heights as they aim for the stars.

Now, if you'll notice: None of the names listed above belong to a female. In fact, I have a difficult time thinking of a single woman that can command the same level of respect and admiration as the men listed above. Of course, that's not to say that they don't exist, but they are rarely heard from. The sad truth is, many people perceive science as a mostly male endeavor. So I would like to take this opportunity to take a look at one of the brilliant women who made a lasting contribution to this field.

Sally Ride was the first American woman to leave this planet in pursuit of understanding something beyond the bounds of Earth. Sadly, she passed away in 2012 after 17 brave months battling pancreatic cancer. This is truly a heartbreaking article to write because, as a female who hopes to achieve just an ounce of the success that this woman accomplished over the course of her life, I look up to Sally Ride with admiration for the grace that she portrayed and envy for the things she experienced and achieved.

Sally Kristen Ride was born on May 26th, 1951 in Encino California. She attended Swarthmore College in Pennsylvania for three semesters before she enrolled at Stanford University, ultimately graduating with a Bachelor's degree in English and a Bachelor's, Master's, and Ph.D in Physics. Her journey with NASA began in 1978, when she responded to an advertisement in a newspaper that was seeking qualified applicants for the American space program.

Before taking to the skies, she served as the CapCom for the STS-2 and STS-3 Space Shuttle flights. On June 18th, 1983 -- just 14 years after we first walked on the Moon -- she became the first American woman to leave the planet and drift into space (proceeded by two Soviet women in 1963 and 1982). Ride was only one of 5 crew members on the Space Shuttle Challenger that were on a mission to deploy two communications satellites and conduct pharmaceutical experiments on the effects of space on the human body. While in LEO (Low Earth Orbit), she was the first woman to operate the robotic arm she helped develop on Earth.

Her second mission in space took place aboard Challenger in 1984. While training for her third flight, the ill fated Challenger Space Shuttle incident occurred; this incident was just two years later (in '86). Seven crew members were killed when the space shuttle broke apart only 73 seconds after launch. Ride was appointed to the committee that was to investigate the accident to determine what went wrong, and to prevent it from happening again (also on the committee was Richard Feynman).

She left NASA in 1987 to work for Stanford University's Center for International Security and Arms Control. She went on to become a Professor of Physics at UC in San Diego and the Director of the California Space Institute. She was the president and CEO of Sally Ride Science, which was responsible for the creation of several scientific literacy programs that were aimed at young girls.

That's not touching on half of the numerous contributions she made to the world in only 61 years. Overall, she spent over 343 hours in space. Co-authored five space books, was a huge proponent for science throughout her life, a supporter of equality for people of all sexual orientations (she was a lesbian, who was with her partner, Tam O'Shaughnessy, for over 25 years leading up to her untimely death last year), along with all of her accomplishments with NASA in the space program.

You can read more about her on her website: https://www.sallyridescience.com/

Even now, in the 21st century, a stigma remains concerning the place of women in scientific endeavors, especially in non-Western nations. So it's important to keep her memory and legacy alive. Her contributions will never be forgotten. Rest in peace, Ms Ride. (May 26th, 1951 - July 23rd, 2012). Thank you for everything you've done. Not only for yourself, but for all of woman-kind.

"Not a bit of you is gone, you're just less orderly."