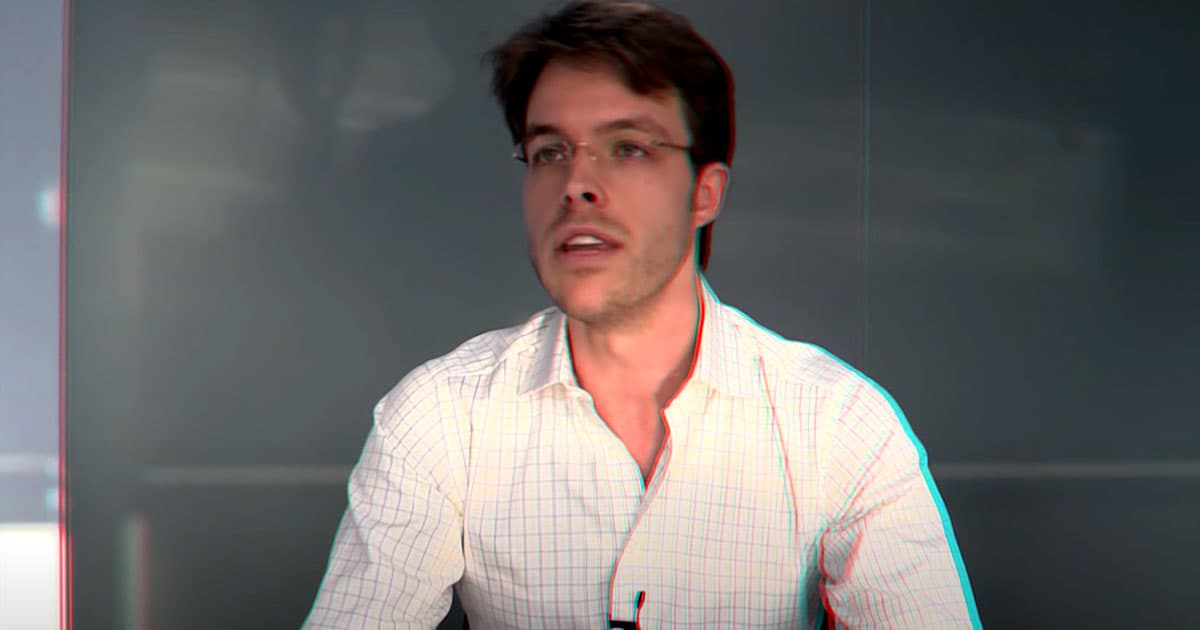 As crypto exchange FTX continues its demise, a few certain ghosts of crypto collapses past have unexpectedly crawled out of the rubble. Take Zhu Su and Kyle Davies, the now-maybe-not-missing cofounders of the notorious Three Arrows Capital (3AC) hedge fund.

After months of radio silence, the disgraced hedge honchos have made a sudden re-emergence into public — or at least, digitally visible — life, seemingly in an attempt to set the record straight. The two have taken to Twitter in a firestorm, explaining in long, winding threads how their own firm's demise wasn't their fault, actually — it was former FTX CEO Sam Bankman-Fried's, thanks!

"We were all playing poker against the house," Davies tweeted on Monday, quoting one of his cofounder's own allegations against a top exec at the SBF-founded hedge fund Alameda Research, "while they looked at our cards, and used our money to bet against us."

Poetry. And if you ask them, they haven't even been hiding. As Davies told CNBC in a Wednesday interview, he's in Bali, and he and his partner have been "contactable the entire time." Oh, and it's also not a coincidence that Indonesia offers no extradition to the United States. He just likes it there.

"Uh... no," the cofounder told CNBC when asked if he was in Bali for extradition reasons. "It's just a good place to be."

Cool! Everything is all SBF's fault, and Davies just loves the sand between his toes. Case closed. (Zhu still hasn't revealed his location, but he says he's been "learning new languages," "praying," and "surfing." Sounds very nice, frankly.)

Of course, the narrative that Zhu and Davies are pushing is pretty convenient. When their firm went down, they were borrowing and lending massive amounts of money; the pair then fully abandoned their Singapore offices during the summer's industry meltdown, which their firm's implosion was closely tied to. Following their disappearance, people involved alleged that Zhu, Davies, and their lawyers all failed to cooperate during liquidation proceedings. Their previously active social media accounts went mum, while their whereabouts remained unknown for months.

Now, though, as a new and maybe even bigger fish is frying, the two have conveniently broken cover. They've apologized for misreading Luna-Terra's stability, but their position is clear: as Davies told CNBC, they believe that "FTX [and] Alameda colluded to trade against clients," and "as their biggest clients, we/3AC were hunted and our positions liquidated."

In other words, they may have made a wrong call, but FTX's behavior was more than reckless. Zhu and Davies were the real victims.

Unsurprisingly, SBF has refuted the new 3AC allegations, telling CNBC that he denies their claims "100 percent." And look, maybe no one's technically a criminal here, or maybe everyone is. Ultimately, though, intent aside, all parties made terrible decisions, not just with their money, but with millions of others'. The 3AC boys certainly seem to want redemption. A lot of others, however, just want their money back. It's unlikely that either turns up.

"There I was, surfing the wave of waves, next moment wiped out, board broken, rocks reefs everywhere," a reflective Zhu tweeted on Nov 8. "The sudden pain of business failure and loss of purpose, as a golden child of the industry [and] biz cycle more broadly, was as difficult as the ensuing ostracization and demonization."

More on 3AC: Two Blockchain Sleazebags May Have Crashed the Entire Crypto Market

Read This Next
FTuxxed
Behind the Lawsuit Against Celebs Who Shilled FTX Before Its Spectacular Meltdown
Guest List
Celebrities Are Officially Being Sued by FTX Retail Investors
This is Fine
Crypto Guy Says He's Doing Fine After Losing Billions of Customers' Money, Getting Plenty of Sleep
Tumblr or Bust
This Strongly Appears To Be Alameda CEO Caroline Ellison's Tumblr Account
Moving Money
Crypto.com Accidentally Sent $400 Million to a Competitor
More on Blocknik
Another One
Wednesday on the byte
Coinbase May Be in Real Serious Trouble Now
Laundry Day
Wednesday on the byte
Someone's Converting Millions of the Stolen FTX Funds Into Bitcoin
Tweeter's Brain
Monday on the byte
Sam Bankman-Fried's Lawyers Quit Because of His "Incessant and Disruptive Tweeting"
READ MORE STORIES ABOUT / Blocknik
Keep up.
Subscribe to our daily newsletter to keep in touch with the subjects shaping our future.
+Social+Newsletter
TopicsAbout UsContact Us
Copyright ©, Camden Media Inc All Rights Reserved. See our User Agreement, Privacy Policy and Data Use Policy. The material on this site may not be reproduced, distributed, transmitted, cached or otherwise used, except with prior written permission of Futurism. Articles may contain affiliate links which enable us to share in the revenue of any purchases made.
Fonts by Typekit and Monotype.