Graphene Running Shoes Could Up Your Jogging Potential

The first commercial product using the wonder material is hitting the market. 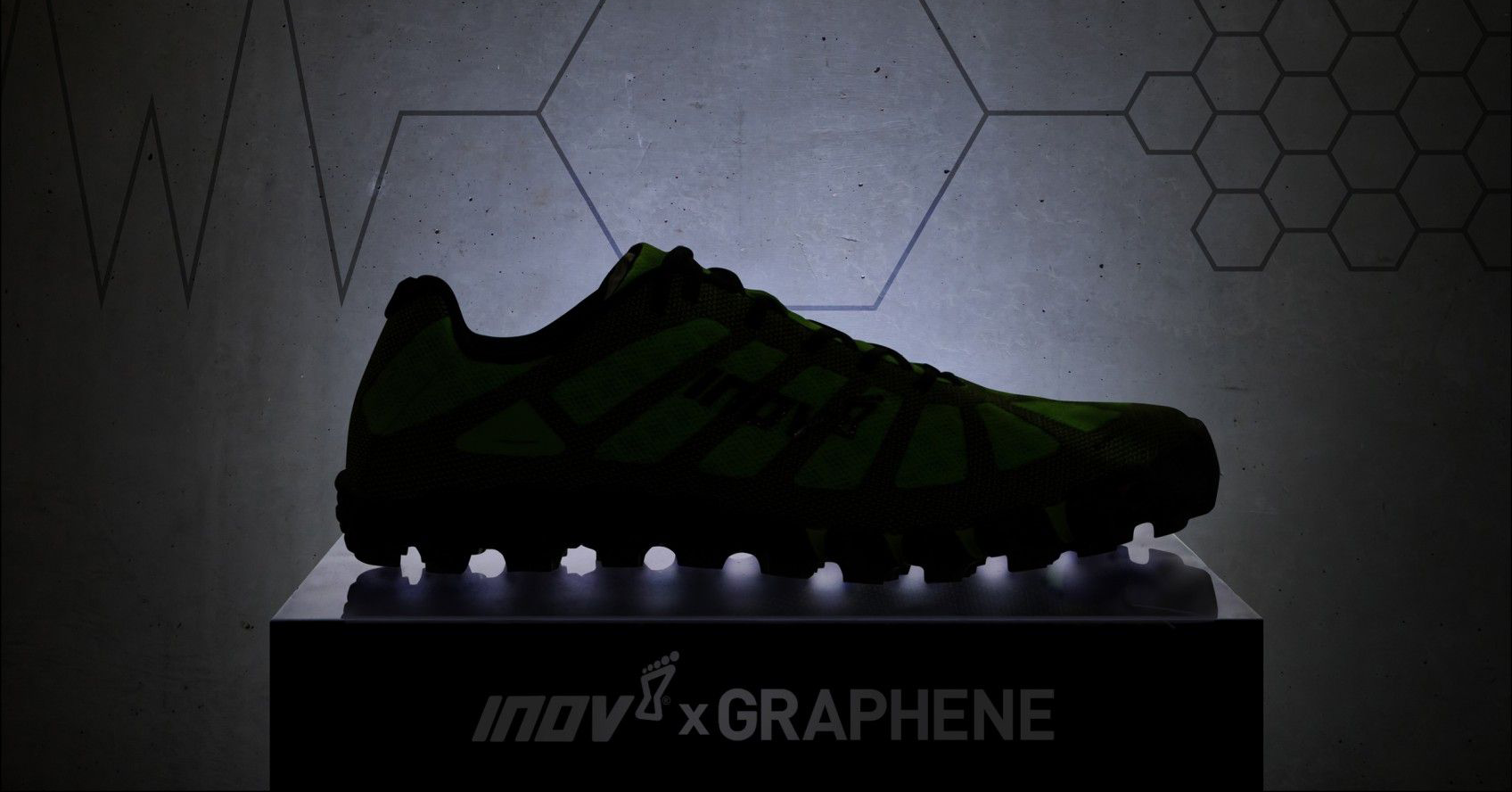 Graphene is a wonder-material that has revealed remarkable properties in experimentation, shocking scientists with its superconducting, superstrength abilities. Now, it's also the leading ingredient in an upcoming commercial line of running shoes.

The combined brainchild of The University of Manchester and British sportswear brand inov-8 will use the one-atom-thick material to deliver running shoes that are more flexible and durable than any seen before.

Graphene, weighing in at roughly 200 times stronger than steel, was heated and added in particle-sized bits to the soles of the shoes.

"When added to the rubber used in inov-8's G-Series shoes, graphene imparts all its properties, including its strength," Dr. Aravind Vijayaraghavan of the University of Manchester said in a statement. "Our unique formulation makes these outsoles 50 percent stronger, 50 percent more stretchy and 50 percent more resistant to wear than the corresponding industry standard rubber without graphene."

Graphene has been touted as the most incredible material on planet Earth. The "miracle material," as some have called it, is as thin as it is possible to make a material while at the same time being an incredible conductor and a remarkable barrier. It seems as though scientists discover another mind-bending property it holds every other week.

Its first commercial use, the creation of these running shoes, seems like a perfect fit. Because of its lightweight, flexible, über-strong nature, it has the potential to create the best running shoes on the planet. But the material's applications could extend well beyond just running shoes.

Its stunning potential in wearables in general spans all sectors and even includes remarkable medical applications. There are some who think that it truly has the power to change the world.

While these running shoes are just one of many potential applications, they are the first publicly-accessible, commercial use of graphene. Perhaps the release of these shoes will be the tip of the iceberg for graphene-based super-products.

Read This Next
Layer Up
Stacking Graphene Creates Entirely New Quantum States
Woody Wagon
New “Metallic Wood” Could Lead to Super-Light Cars
Futurism
Graphene Could Be the Superconductor Scientists Always Dreamed Of
Futurism
A Film Made of Graphene Makes Filtering Dirty Water Easier Than Ever
Futurism
Scientists Use Graphene to Create Edible Electronics
More on Hard Science
Horrible Geese
Yesterday on futurism
Furious Geese Are Defeating Humans, Scientists Find
Quacks Like a Duck
Dec 1 on futurism
Those Headlines About Scientists Building a Wormhole Are Total Nonsense, People
It From Bit
Nov 22 on the byte
A Scientist Is Crowdfunding an Experiment to Check if We Live in a Simulation
READ MORE STORIES ABOUT / Hard Science
Keep up.
Subscribe to our daily newsletter to keep in touch with the subjects shaping our future.
+Social+Newsletter
TopicsAbout UsContact Us
Copyright ©, Camden Media Inc All Rights Reserved. See our User Agreement, Privacy Policy and Data Use Policy. The material on this site may not be reproduced, distributed, transmitted, cached or otherwise used, except with prior written permission of Futurism. Articles may contain affiliate links which enable us to share in the revenue of any purchases made.
Fonts by Typekit and Monotype.