The universe has never looked this good. 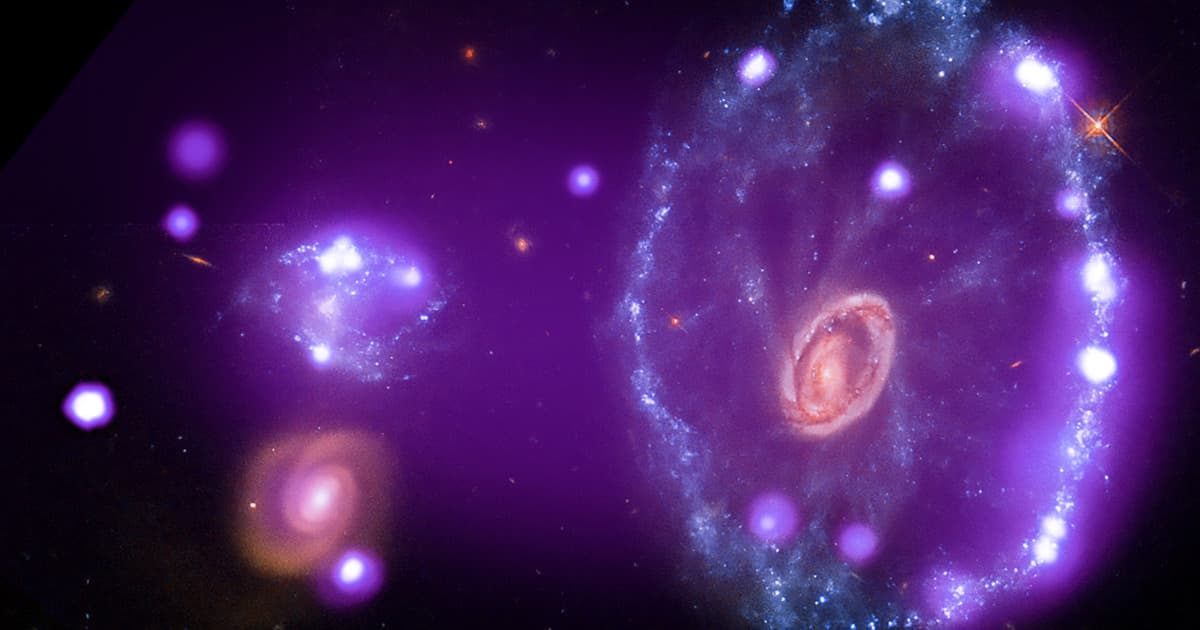 NASA released a "treasure trove of cosmic delights" last month — gorgeous imagery courtesy of telescopes from around the world.

The universe, seen in infrared, radio waves, and gamma rays, is a spectacular sight to behold, with colors, spirals, and star bursts looking like they were dreamed up by a computer animator. But beyond some color coding and "multiwavelength" layering, this is what the various corners of our universe actually look like.

First up is the Messier 82 galaxy, pictured in X-ray and optical light using data from NASA's Chandra X-ray Observatory and Hubble Space Telescope respectively. The blue and pink patterns seen in the image are absolutely massive, spanning some 20,000 light years, the result of repeated supernova explosions.

The following image is from the Large Magellanic Cloud, one of the brightest supernova explosions in centuries. A pink shockwave can be seen interacting with the star's remains.

Perhaps most spectacular of them all is this image of a small galaxy passing through the middle of a "bull's eye" galaxy. Purple gas, lit up by X-ray data from Chandra, shows how the larger "Cartwheel galaxy" structure is being dragged over more than 150,000 light years.

Finally, we have an image from the Helix Nebula, a multiwavelength image using data from a variety of telescopes spanning about four light years across.