"If this is true, we are witnessing a moment of history." 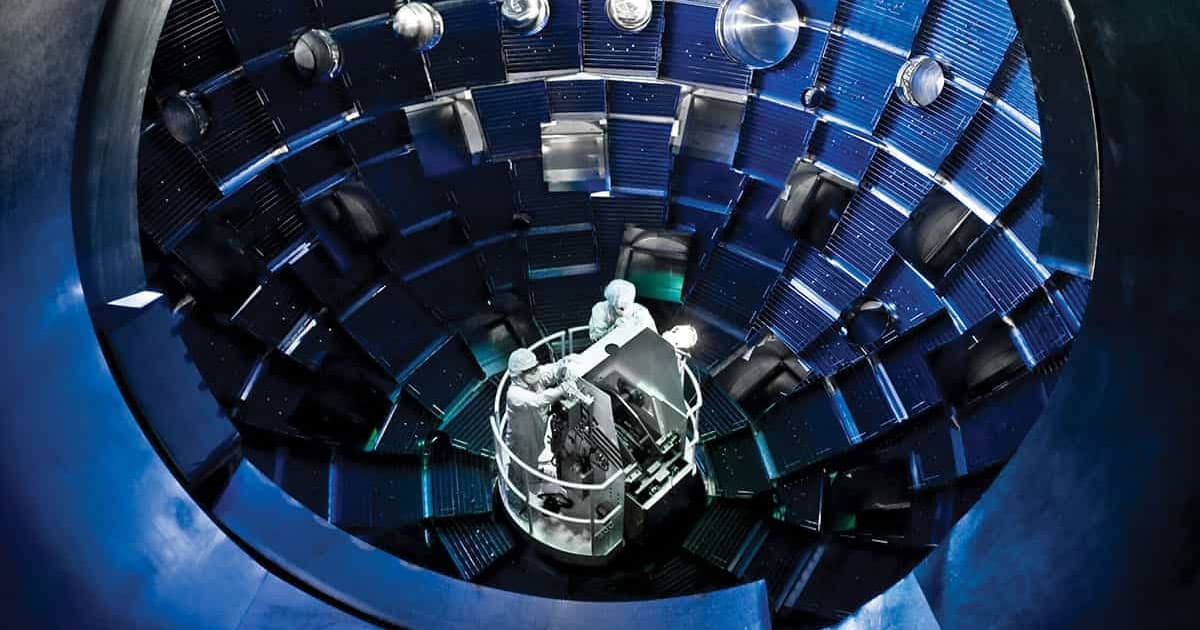 Researchers at the government-funded Lawrence Livermore National Laboratory in California claim to have made a massive breakthrough in the long-delayed pursuit of practical fusion energy.

People involved in the research told The Financial Times that the team was able to get more energy out of a fusion reaction that they had to put in — a first in the field and a huge victory, both symbolic and actual.

With a net energy gain — something that had yet to be realized until these latest claims emerged — fusion energy could one day provide many of the benefits of fission power, without the radioactive waste or the risk of a nuclear meltdown.

But the claims have yet to be vetted by outside experts — and even the data itself is still being analyzed — so the jury is still out on the significance of the research.

For one, it's far from the first time that fusion researchers have claimed to have achieved a massive fusion breakthrough. Despite decades of research, we have yet to come close to demonstrating a feasible method of generating a reliable source of surplus energy by fusing atoms together inside a fusion reactor at scale.

The researchers say the reaction at the Livermore laboratory, though, produced around 2.5 megajoules of energy, or around 120 percent of the 2.1 megajoules that were needed to start the reaction — a 20 percent net gain.

To put those numbers into perspective, that's enough power to boil about two to three kettles.

The US government's National Ignition Facility uses the "world's largest and highest energy laser system" to blast light at small capsules of deuterium-tritium fuel, hydrogen isotopes that have long been used in a variety of experimental fusion reactors.

As a result, the fuel source is turned into plasma, releasing heat that can be harvested and turned into electricity.

On the one hand, the claim is an extraordinary note of hope for the world of clean energy. On the other, plenty of questions remain surrounding the significance and validity of the experiment's results.

"Initial diagnostic data suggests another successful experiment at the National Ignition Facility," the lab wrote in a statement to Financial Times. "However, the exact yield is still being determined and we can’t confirm that it is over the threshold at this time."

If it does indeed turn out that the researchers were able to achieve a net energy gain — is still a major "if" at this point — the experiment could represent a turning point.

"If this is true, we are witnessing a moment of history," plasma physicist Arthur Turrell tweeted, noting that researchers have been trying to achieve the same "since the 1950s."

"This experimental result will electrify efforts to eventually power the planet with nuclear fusion — at a time when we’ve never needed a plentiful source of carbon-free energy more!" he added.

Read This Next
Fusion vs Fiction
Gloomy Physicists Say Nuclear Fusion Breakthrough Is Too Late to Save Us
Net Gain
Physicists Say New Breakthrough Proves Fusion Power Is Possible
Fusion Futility
Elon Musk Slams Fusion, Says Future of Energy Is Wind and Solar
Hurricane Season
Oops! Fusion Facility Keeps Failing to Recreate Last Year's "Breakthrough" Record
Smashing Atoms
Startup Says It's Honing in on Simple Solution for Practical Fusion Power
More on Earth & Energy
Stem Ware
Friday on the byte
Scientists Discover World's Oldest Preserved Vertebrate Brain
From Bad to Worse
Thursday on the byte
Global Warming Is Worse Than We Thought, AI Tells Scientists
RIP Fred
Thursday on the byte
Instead of Predicting Length of Winter, Groundhog Simply Dies
READ MORE STORIES ABOUT / Earth & Energy
Keep up.
Subscribe to our daily newsletter to keep in touch with the subjects shaping our future.
+Social+Newsletter
TopicsAbout UsContact Us
Copyright ©, Camden Media Inc All Rights Reserved. See our User Agreement, Privacy Policy and Data Use Policy. The material on this site may not be reproduced, distributed, transmitted, cached or otherwise used, except with prior written permission of Futurism. Articles may contain affiliate links which enable us to share in the revenue of any purchases made.
Fonts by Typekit and Monotype.