From Quark to Quasar: Measuring the Observable Universe

The universe is far bigger than what we can see. 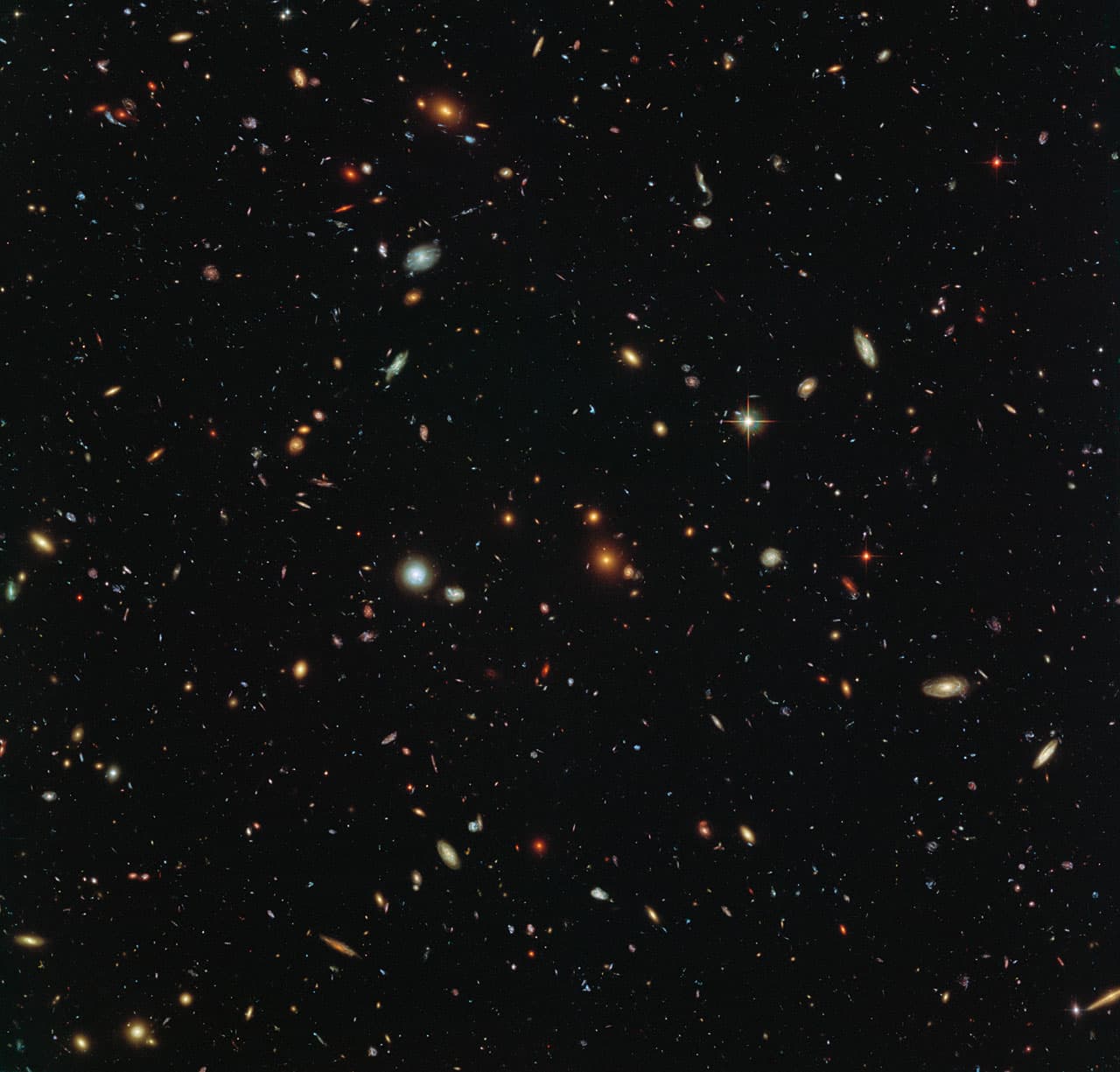 If you really want a headache (the good kind), take a long look at the "photo" below. It's not a photo of the cosmic microwave background radiation, which you can actually see for yourself if you change your television channel to one of the "fuzzy" stations. It's not a collection of graphs of a cell structure, either.

This is, well, everything. Everything we can see and observe, anyway.

What you're looking at is a map of known galaxies and superclusters in the "observable" universe, with the gaps between the structures contributing to the map's cell-like structure. These gaps, or voids, are regions of space completely lacking in stars, galaxies, and clusters. The largest of these gaps (the Eridanus supervoid) is almost one billion light-years in diameter.

You and I and all the things we've ever known are smack in the middle of this image, along with the Local Group, which is a part of the larger Virgo Supercluster.

Since the speed of light is a constant in the vacuum of space, there is an outer edge to what is we can see in the cosmos from our location on Earth. Everything within this perimeter is known as the "observable universe," and it is defined by a spherical boundary that stretches out from the Earth in all directions. The horizon of this boundary is about 46 to 47 billion light-years away from the center of the Earth, which means that the observable universe is close to 93 billion light-years across.

It seems confusing, but there is a simple explanation: the universe has expanded in all directions since the Big Bang. In this sense, the objects that are on the edge of the observable universe were once far closer to us than they are now. Moreover, since it has taken light from these objects so long to reach us, the objects we see at these far reaches are literally some of the earliest stars and galaxies to form in the young universe.

In fact, some of the stars that we are currently observing are no longer alive. Several new stars have likely cropped up, but their light hasn't reached us yet, and by the time their light does reach us, this new batch will likely be in another location entirely.

Since the universe has been expanding indefinitely since the Big Bang, the number of objects seen in the observable universe will decrease with time. It will appear as if the universe is much smaller (and darker) than it currently is. As objects travel farther away from us at ever-increasing speeds, their light will not have the proper amount of time to reach us.

This expansion, which, as mentioned, is going on in every direction, is also the reason our solar system appears to lie in the middle of the observable universe. In fact, there is no defined "center." Every inhabited planet circling a distant star will look out into the universe and see that it is expanding away from them, giving them the impression that they are located right smack in the center of it all.

The Future of the Universe

Right now, the observable universe is thought to consist of roughly:

I know that was a bit hard to comprehend, but read it a few times and the overwhelming magnitude of it all will sink in.

The bombshell? It will continue to get bigger.

Basically, the universe is much larger than we mere mortals are capable of comprehending, but seeing images like the above can humble each of us in a way nothing else can.

Read This Next
Futurism
The Coldest and Hottest Temperatures in the Known Universe (Infographic)
Futurism
What's The Moon's "Real" Name?
Futurism
See Space Without the Space
Futurism
The Holographic Universe Principle
Futurism
Weird Universe: 10 of the Strangest Objects Ever Discovered
More on FromQuarkstoQuasars
What’s the (Anti)...
6. 12. 21 on the byte
Physicists Find Particles That Switch Between Matter and Antimatter
Futurism
11. 12. 15 on futurism
Interview: Michel Bauwens on Peer-To-Peer Economics and Its Role in Reshaping Our World
Futurism
11. 10. 15 on futurism
Stunning Images Chart Shapeshifting Nature of Venus' Polar Vortex
READ MORE STORIES ABOUT / FromQuarkstoQuasars
Keep up.
Subscribe to our daily newsletter to keep in touch with the subjects shaping our future.
+Social+Newsletter
TopicsAbout UsContact Us
Copyright ©, Camden Media Inc All Rights Reserved. See our User Agreement, Privacy Policy and Data Use Policy. The material on this site may not be reproduced, distributed, transmitted, cached or otherwise used, except with prior written permission of Futurism. Articles may contain affiliate links which enable us to share in the revenue of any purchases made.
Fonts by Typekit and Monotype.