Former US Military Official: Unidentified Objects "a Hundred to a Thousand Years" Ahead of Our Tech

"They are very capable and in some cases more capable than anything in our own inventory." 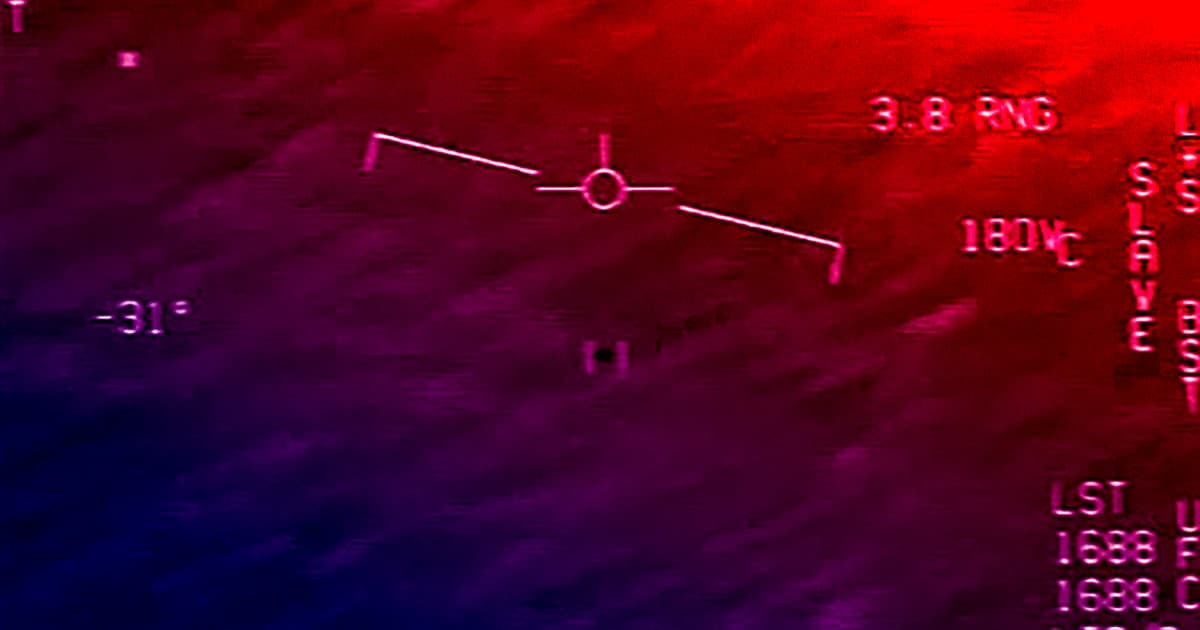 The Pentagon is currently making a big show of taking "unidentified aerial phenomena" (UAPs) seriously after a string of first-hand accounts emerged from Navy pilots.

The crux of the saga is that since at least as early as 2004, military personnel have made several sightings of unfamiliar objects that acted in seemingly inexplicable ways.

It's hotly debated whether the encounters were with unknown foreign drones or aircraft, optical illusions, or something far stranger. Some officials, though, are convinced that the sightings have profound technological and security implications.

In a recent televised interview with CNN, retired US Navy Chief Master-at-Arms Sean Cahill expanded on a strange sighting he made in 2004, when he and one other fellow pilot saw a mysterious "Tic Tac"-shaped object that seemed to defy the laws of physics.

"In 2004, I was the chief master at arms on board the USS Prince," Cahill told CNN's Chris Cuomo. "The technology we witnessed with the Tic Tac was something that we would not have been able to defend our forces against at the time."

The bizarre unidentified object seemed out of this world.

"It's a technology that outstrips our arsenal by at least 100 to 1,000 years at the moment," Cahill said.

It was like nothing the pilots had ever seen before.

"First of all, the aircraft had zero control surfaces," Cahill explained. "It had no means of propulsion we could detect. It moved at hypersonic velocities and it preceded the pilots to their CAP [combat air patrol rendezvous] point. It seemed to have some knowledge of where the pilots were headed ahead of time. We don't possess those abilities, to do that in our arsenal at the moment."

Christopher Mellon, former deputy assistant secretary of defense for intelligence, who served under both Bill Clinton and George W. Bush, told Cuomo in the CNN interview that the US should be concerned about the sightings.

"Because we have recurring violations of US airspace by unidentified vehicles," he told Cuomo. "They are very capable and in some cases more capable than anything in our own inventory."

It's a larger trend that will culminate in a report later this year by the Pentagon's Unidentified Aerial Phenomena Task Force, a program set up to "standardize collection and reporting" on the strange sightings.

"This has been going on for years," Mellon told CNN. "The truth is just emerging. We had a massive intelligence failure, and we have an unknown threat that we need to figure out."

Read This Next
"Hoodwinked"
New Pentagon Group Accused of Trying to "Bury" UFOs Again
Alien Sunburn
Pentagon Whistleblower Hints That Pilots Who Encountered UFOs Had Radiation Burns
Alt Propulsion
NASA, DARPA, MIT Scientists Met to Discuss "Anti-Gravity" Tech
Hmmmmmm
The Pentagon Just Released Its UFO Report
Hiding in Plain Sight
Astrophysicist Says Alien UFO Theories Are Stupid
More on Robots & Machines
FROM THE DEPT. OF...
Tuesday on futurism
The Best Smart TVs in 2022
FROM THE DEPT. OF...
Dec 1 on futurism
The Best Wired Earbuds in 2022
FROM THE DEPT. OF...
Dec 1 on futurism
The Best Gifts For Gamers in 2022
READ MORE STORIES ABOUT / Robots & Machines
Keep up.
Subscribe to our daily newsletter to keep in touch with the subjects shaping our future.
+Social+Newsletter
TopicsAbout UsContact Us
Copyright ©, Camden Media Inc All Rights Reserved. See our User Agreement, Privacy Policy and Data Use Policy. The material on this site may not be reproduced, distributed, transmitted, cached or otherwise used, except with prior written permission of Futurism. Articles may contain affiliate links which enable us to share in the revenue of any purchases made.
Fonts by Typekit and Monotype.