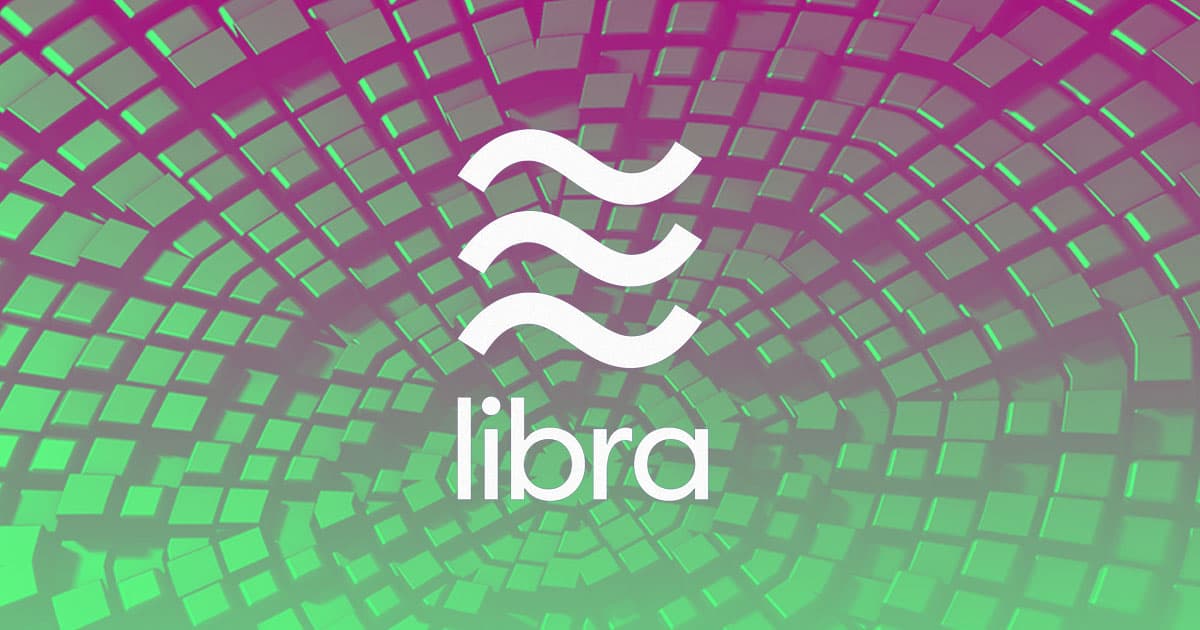 Facebook has officially announced details of its cryptocurrency, which it's calling Libra.

The idea, like with pretty much every other cryptocurrency ever, is that it can be used to buy and sell products or services without having to rely on a credit card or bank account. It's a huge step for blockchain visibility — not for any technological reason, but because Facebook is by far the biggest online network of people in the world, which means it can strongarm them into jumping on board.

At least, that is, if it has any user trust left after a spate of privacy violations, leaks, and election meddling scandals.

To buy or sell Libra, you'll have to go to a local exchange point, like a participating nearby store, third party resellers or via Calibra, the partnering app that will take care of Libra transactions. Facebook wants to "enable a simple global currency and financial infrastructure that empowers billions of people," according to its white paper.

Facebook aims for Libra to be a "stable digital cryptocurrency," backed by a reserve of real assets including bank deposits and securities to ensure that Libra's value won't fluctuate wildly like Bitcoin.

Facebook is also throwing its weight around with corporate partners including Uber, Spotify, PayPal, Visa, and Mastercard — each of which are investing $10 million, and which could offer a powerful network of entities that could actually accept the new currency.

Even big investment banks are excited about the prospect of an international digital currency.

"We believe this may prove to be one of the most important initiatives in the history of the company to unlock new engagement and revenue streams," analysts from Canadian bank RBC Mark Mahaney and Zachary Schwartzman told investors, according to CNBC.

But before the Libra becomes a currency used by billions internationally, two things need to happen: people need to have enough trust left in Facebook to literally hand them money, and they need to know what the hell it is to care about it in the first place. For instance, they might understandably think the Libra is tied to Facebook's massive paid advertisement network — which it isn't.

Kevin Weil, the head of product for Calibra, said it might "take time to build trust," as quoted by Vox. "There will be people that don’t believe we feel strongly about that."

And then there's the looming threat of a government crackdown. While cryptocurrency regulation isn't likely to stop the technology in the U.S. any time soon, that doesn't mean other governments around the world will invite Facebook's new cryptocurrency initiative with open arms.

In fact, the EU has already voiced its unhappiness with Facebook's plans.

"It is out of question’" that Libra "become a sovereign currency," French Finance Minister Bruno LeMaire said in an interview on Europe 1 radio, according to Bloomberg. "It can’t and it must not happen."

Facebook's announcement also comes after both Democrats and the Trump administration expressed interest in breaking up Big Tech, including Facebook.

More on crypto: New Law in India Would Imprison Anyone Who Uses Cryptocurrency

Read This Next
Dubious Donations
Politicians Refuse to Say Whether They'll Give Back Donations From Sam Bankman-Fried
Make Mark Happy
Facebook Employees Seem Completely Confused by the Metaverse
Midlife Crisis
Rumors Swirl That Mark Zuckerberg Is Fighting at a UFC Show
Mark's Bad Year
Layoffs Hitting Facebook as Zuckerberg's Vision Stumbles
Saving Face
People Bullied Mark Zuckerberg So Much That He's Improving the Metaverse Graphics
More on Future Society
All Tomorrow's Pa...
4:05 PM on the byte
Party Startup Says It Has Zero Plans to Make Any Money With Investors' Funds
Primate Theft
Yesterday on the byte
It Was a Very Bad Weekend for Monkeys Being Stolen From Zoos, Apparently
Ring The Alarm
Yesterday on the byte
Whistleblower Claims Facebook Can Secretly Drain Your Phone's Battery on Purpose
READ MORE STORIES ABOUT / Future Society
Keep up.
Subscribe to our daily newsletter to keep in touch with the subjects shaping our future.
+Social+Newsletter
TopicsAbout UsContact Us
Copyright ©, Camden Media Inc All Rights Reserved. See our User Agreement, Privacy Policy and Data Use Policy. The material on this site may not be reproduced, distributed, transmitted, cached or otherwise used, except with prior written permission of Futurism. Articles may contain affiliate links which enable us to share in the revenue of any purchases made.
Fonts by Typekit and Monotype.