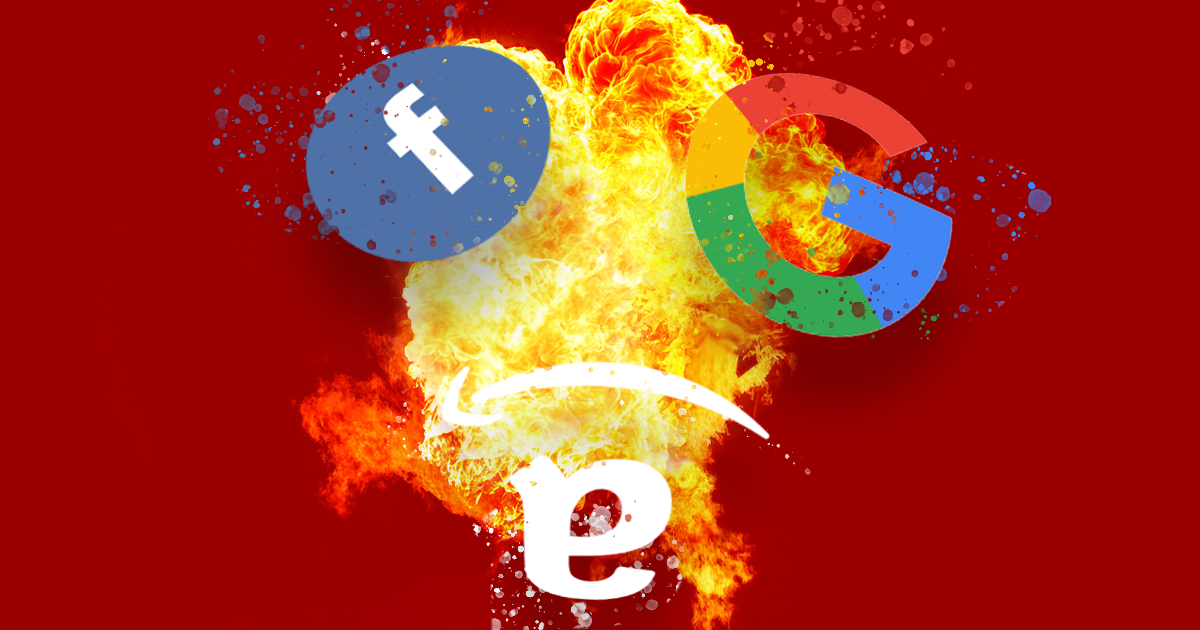 "Today's big tech companies have too much power — too much power over our economy, our society, and our democracy. They've bulldozed competition, used our private information for profit, and tilted the playing field against everyone else," Warren wrote in a Medium post about the plan. "That's why my Administration will make big, structural changes to the tech sector to promote more competition — including breaking up Amazon, Facebook, and Google."

In particular, Warren singled out "anti-competitive mergers," such as Amazon's ownership of Whole Foods and Zappos, Facebook's WhatsApp and Instagram, and Google's Waze, Nest, and DoubleClick.

"Unwinding these mergers will promote healthy competition in the market  —  which will put pressure on big tech companies to be more responsive to user concerns, including about privacy," Warren wrote in the post.

It's not unprecedented for the U.S. government to break up large enterprises. In the 1980s, it divided the American Telephone and Telegraph Company into so-called "Baby Bells" — several of which later re-merged into Verizon.

Warren also alluded to how huge tech interests have upset the balance in the marketplace of ideas, noting how state actors may have used Facebook and other platforms to try to influence the U.S. presidential election in 2016.

"We must help America’s content creators — from local newspapers and national magazines to comedians and musicians — keep more of the value their content generates, rather than seeing it scooped up by companies like Google and Facebook," Warren wrote on Medium. "And we must ensure that Russia — or any other foreign power — can’t use Facebook or any other form of social media to influence our elections."