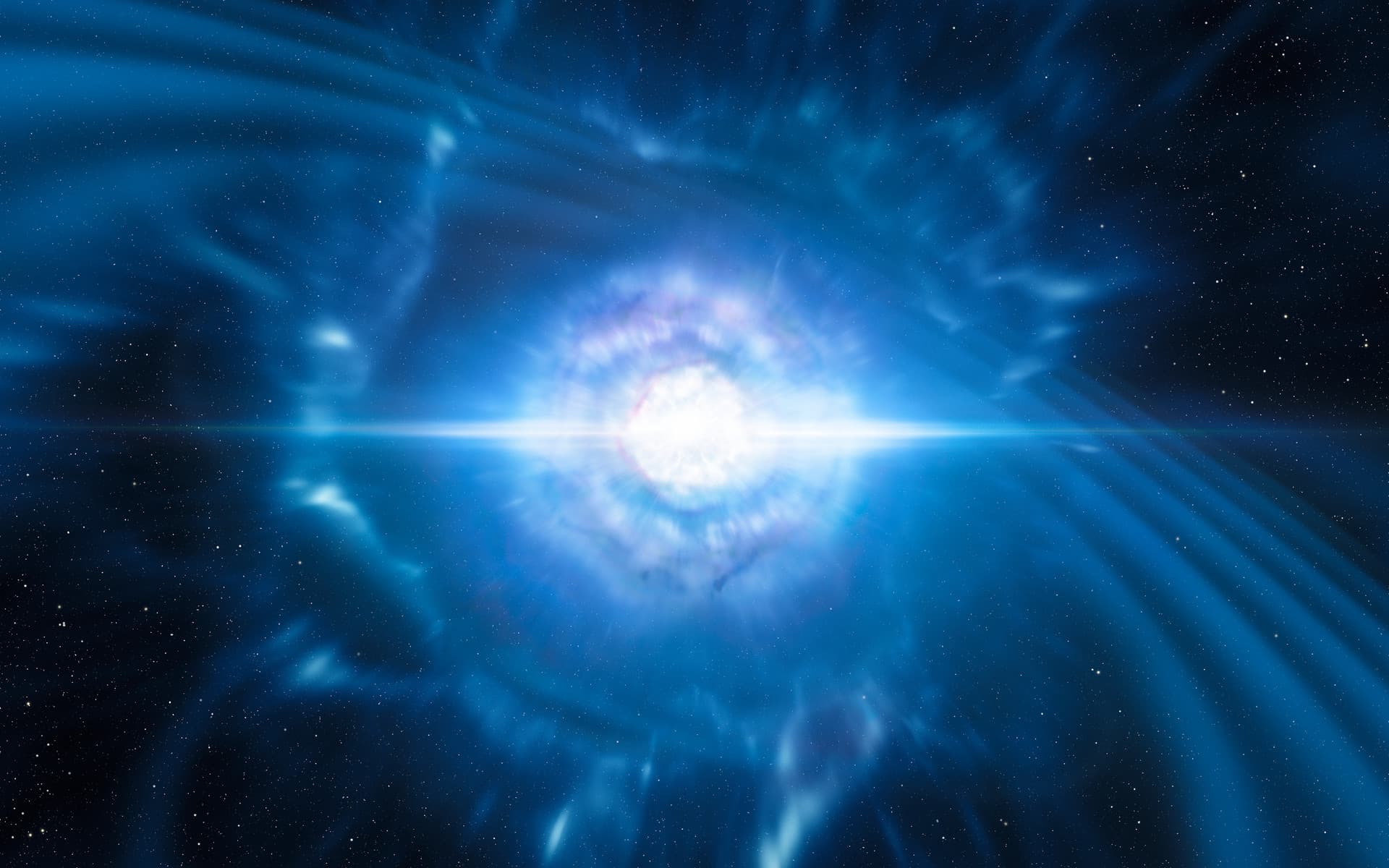 Last week, the European Southern Observatory (ESO) teased news of an "unprecedented discovery." Now, the organization has revealed that, for the first time ever, astronomers have observed both gravitational waves and light produced by the same event.

"This discovery is significant because it gives us two completely different ways to view the same thing," Brian Koberlein, astrophysicist and Senior Lecturer at Rochester Institute of Technology, explained to Futurism. "Imagine trying to follow a detective show if you could just hear the show without video, or just see the show without hearing it. When you combine the two you get the whole picture."

Gravitational waves are ripples in spacetime that were first theorized by Albert Einstein about a century ago. Last year marked the first time we've been able to observe the phenomena, and so far, all the gravitational waves we've observed have been caused by particularly intense events, such as the merging of neutron stars. This type of merger has also been considered the most likely cause of short gamma ray bursts, cosmic explosions that emit massive amounts of light.

On August 17, 2017, the Laser Interferometer Gravitational-Wave Observatory (LIGO) caught evidence of gravitational waves passing over Earth — only the fifth time such a detection has been made. Just two seconds later, both NASA's Fermi Gamma-ray Space Telescope and the ESA's International Gamma Ray Astrophysics Laboratory detected a short gamma-ray burst in a similar region of the sky. This quick succession led the researchers to believe the gravitational waves and light were caused by a single event.

Scientists have long suspected that the merger of two neutron stars would be followed by a kilonova, an explosive occurrence some 1,000 times brighter than a standard nova. They speculated that the near-simultaneous observations of gravitational waves and a gamma ray burst could indicate that such an event was taking place, and subsequent study by ESO facilities indicates that this was the case: a kilonova had finally been observed.

“I had never seen anything like it," Stephen Smartt, who led observations with the ESO's New Technology Telescope, said in an ESO press release. "Our data, along with data from other groups, proved to everyone that this was not a supernova or a foreground variable star, but was something quite remarkable.”

No single facility was responsible for this breakthrough discovery — it was truly a collaborative effort. A large swathe of sky containing millions of stars needed to be monitored after the initial detection of the gravitational waves and light, so a host of different facilities were called into action.

The Swope 1-meter telescope at Cerro Las Campanas was the first to spot a new point of light appearing close to the lenticular galaxy designated NGC 4993. This point of light was monitored by the Pan-STARRS telescope and the Subaru telescope in Hawaii overnight. Even more observatories and telescopes would study the event over the following couple of weeks.

“ESO’s great strength is that it has a wide range of telescopes and instruments to tackle big and complex astronomical projects, and at short notice," said Andrew Levan, lead author of one of the papers. "We have entered a new era of multi-messenger astronomy!”

Read This Next
Ripple Burst
Scientists Detect "Tsunami" of Gravitational Waves
Star Stream
Something Is Ripping Apart the Nearest Star Cluster to Earth
Dark Matter Mystery
Dark Matter's Effect Is 10x What It Should Be, Scientists Say
Young Sun Planets
This is the First Image of a Multi-Planet System Around a Sun-Like Star
Not a Neutron Star, Not Yet a Black Hole
Astronomers May Have Discovered First-Ever "Black Neutron Star"
More on Hard Science
Tractor Beam
Thursday on the byte
Scientists Build Working Tractor Beam, Although It's Comically Tiny
Having a Blast
Jan 18 on the byte
New Study Shows Where You Should Hide to Survive a Nuclear Attack
Offworld Amino
Jan 15 on the byte
Scientists Find Building Blocks of Life in Meteor That Smashed Into Family's Driveway
READ MORE STORIES ABOUT / Hard Science
Keep up.
Subscribe to our daily newsletter to keep in touch with the subjects shaping our future.
+Social+Newsletter
TopicsAbout UsContact Us
Copyright ©, Camden Media Inc All Rights Reserved. See our User Agreement, Privacy Policy and Data Use Policy. The material on this site may not be reproduced, distributed, transmitted, cached or otherwise used, except with prior written permission of Futurism. Articles may contain affiliate links which enable us to share in the revenue of any purchases made.
Fonts by Typekit and Monotype.