Yet another addition to the infamous "Epstein flight manifests" emerges. 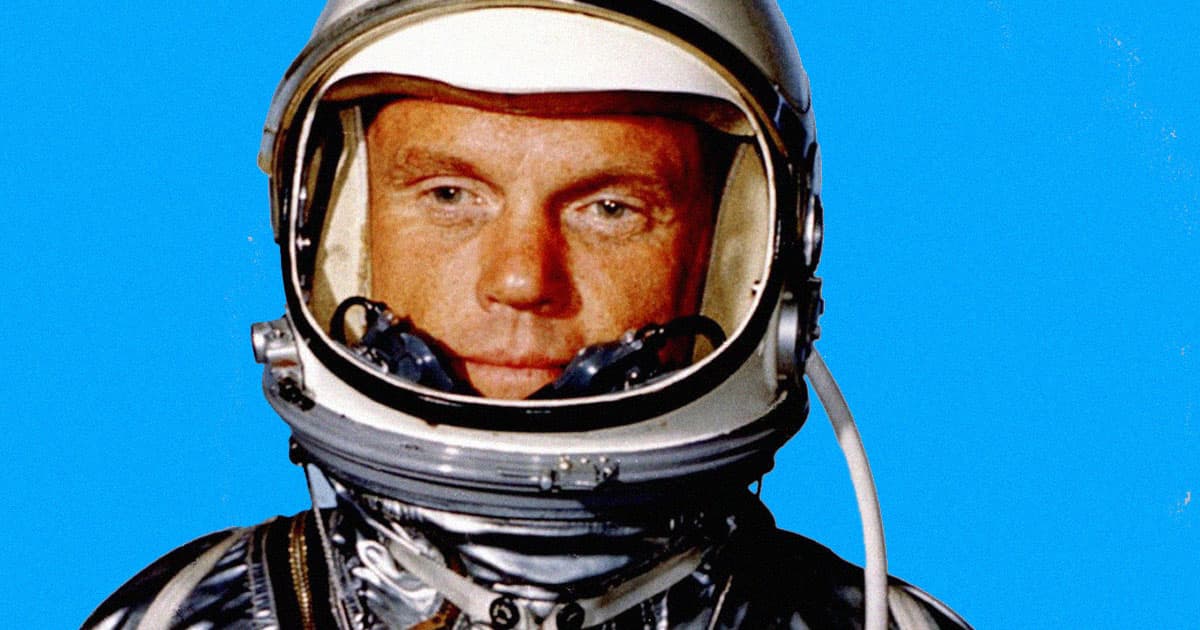 The Daily Beast reported that during Maxwell's trial in New York, Epstein's longtime pilot Larry Visoski dished on some of the famous figures who he says rode the dead creep's infamous "Lolita Express" private jet— including John Glenn, the now-deceased astronaut who was on NASA's original Mercury mission and later went on to serve four terms as a Democratic senator for Ohio.

It had previously been reported that Glenn's name had appeared on flight manifests for the infamous jet. An ameliorating detail, though, is that the flight seemingly took place in 1996 — years before any of Epstein's appalling sexual crimes were publicly known.

During his time on the witness stand, the pilot claimed he did not believe the Jane Doe defendant in the case was underage at the time she flew on one of the Boeing 727s  Epstein owned, characterizing her as "a mature woman with piercing powder-blue eyes."

That self-defending detail could cast doubt not only on Maxwell's alleged trafficking, but also on any claims about passengers, including the famed astronaut-turned-senator.

But if he can be believed, Visoski's testimony would confirm 2019 reports that Glenn was one of the passengers in the notorious Epstein flight manifests that list everyone from Kevin Spacey and Donald Trump to Courtney Love and Naomi Campbell as having ridden on the series of planes where the mysterious mogul was said to have trafficked teen girls.

We don't know too much about Glenn's relationship to Epstein — or that of any of the other alleged "Lolita Express" passengers — yet, likely because of the cone of silence surrounding the entire Epstein story.

His connection is noteworthy, though, given that it appears to make him yet another famous politician who knew Epstein well enough to fly on his private jet — a sorry accolade indeed, intentional or not.