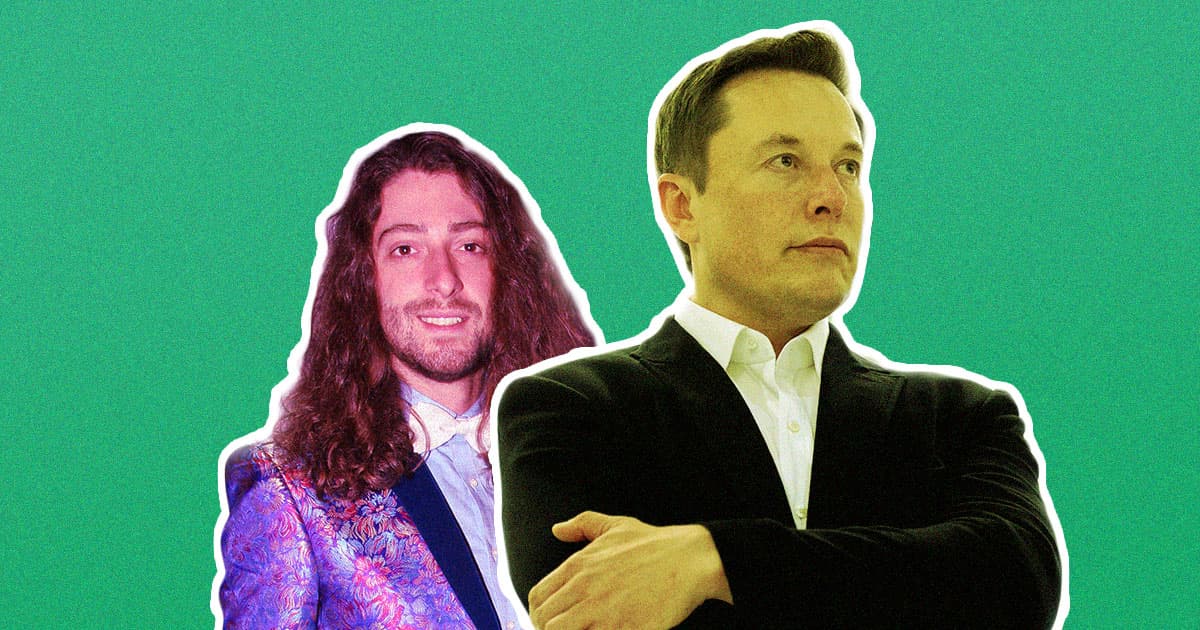 Tesla CEO Elon Musk's charitable giving has hit newsstands — and the world may have a professional poker player to thank for that.

As Bloomberg reports, Musk has enlisted pro gambler-turned-philanthropist Igor Kurganov to help him manage his philanthropic endeavors — which may not be as crazy as it sounds.

While we still don't know exactly how much influence he has had over Musk's decisions, Kurganov has been heavily involved with the Musk Foundation over the last couple years.

News emerged this week that Musk gave away $5.7 billion worth of Tesla stock to charity in November — a massive donation that remains shrouded in mystery, as we still don't know where the money actually went.

And now that we know of Kurganov's possible involvement, the questions are really starting to pile up.

Kurganov, who has made $18 million during his poker career according to Bloomberg, founded the charity Raising for Effective Giving (REG) with his girlfriend Liv Boree, who also happens to be a pro poker player.

The pair's philanthropic philosophy is centered around what they call "effective altruism," a movement in which the goal is to match up donations with the causes they determine need it the most.

Before Elon Musk gifted $5.7 billion of $TSLA stock to charity, he brought on a new face to his foundation:

So far, it's unclear which of Musk's publicized donations have been guided by Kurganov. Apart from the latest massive donation, Musk has also pumped $30 million into the Texas town near SpaceX's Starbase HQ, $100 million into a climate change-fighting competition, and millions more into COVID-19 research.

But a look at the generous poker player's background and interests may shine a light on what direction the pair are headed with Musk's money.

According to the charity's website, REG is a philanthropic collective populated primarily by poker players who wish to donate a percentage of their earnings to "highly cost-effective charities."

In a 2017 interview about the venture, Kurganov said he's personally interested in donating to "existential risk research" groups. REG's website also lists "risks from emerging technologies" as one of its key areas of philanthropic interest, with The Machine Learning Research Institute highlighted as one of the group's favorite charities.

Musk has expressed both an interest in and concerns about machine learning technologies throughout his career, from his early involvement in OpenAI to his recent statements about Tesla's autonomous robots eventually gaining artificial general intelligence.

He also believes that AI needs to be regulated to avoid a "Terminator"-style doomsday scenario.

Experts aren't necessarily convinced, however, that Kurganov's philosophy is rubbing off. New York University associate marketing professor Alixandra Barasch, who researches effective altruism, told Bloomberg that thus far, Musk's publicized donations don't seem to be in line with the philosophy of the movement.

Besides, Musk's recent $5.7 billion donation may have been funneled straight into his own organization called the Musk Foundation, making the use of the funds particularly opaque.

"We shouldn’t have to play this guessing game," Benjamin Soksis, senior research associate at the Center on Nonprofits and Philanthropy at the Urban Institute, told Bloomberg. "It’s a matter of public interest where the money is going because the scale is so large."

We won't know until the spotlight on Musk's donations — and the potential tax breaks they carry — wears off, not to mention whether Kurganov will serve as a permanent advisor or a flavor of the week for the SpaceX CEO.

But until then, it's fun to imagine the implications.

More on Musk's giving: Elon Musk May Have Donated $6 Billion to Fight World Hunger, But Nobody Seems Sure