Elon Musk May Have Donated $6 Billion to Fight World Hunger, But Nobody Seems Sure

"This is an amazing and great first step." 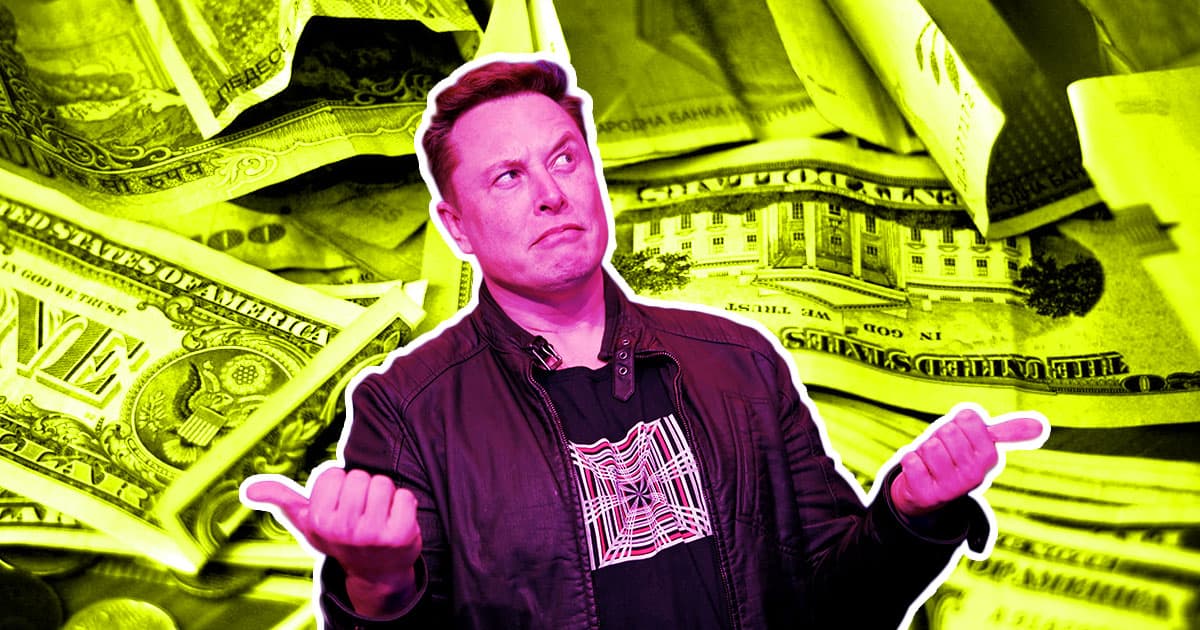 Tesla CEO Elon Musk has reportedly donated roughly $5.74 billion of $16.4 billion worth he got from selling five million Tesla shares last year to charity, MarketWatch reports — and the contribution appears to have been made just days after UN World Food Program (WFP) executive director David Beasley called on Musk to contribute billions toward battling the world hunger crisis.

There’s just one problem: we have no idea where the money went. And Musk may have also used the opportunity to reap the tax benefits of making such a large donation — the oldest move in the billionaire playbook.

Back in November, Musk balked at the suggestion, taking Beasley’s suggestion wildly out of context.

“If WFP can describe on this Twitter thread exactly how $6B will solve world hunger, I will sell Tesla stock right now and do it,” Musk tweeted at the time. “But it must be open source accounting, so the public sees precisely how the money is spent.”

Beasley fired back, though, providing a detailed plan on how the funds would be spent.

If the latest report turns out to be true, there’s a chance Musk may have been impressed by that effort and decided to pony up.

It sounds as though the WFP hasn’t received any funds yet, though.

“Whether WFP receives any of this money is yet to be seen, but I am excited to hear that Elon is engaged,” Beasley told MarketWatch in a statement on Tuesday. “This is an amazing and great first step.”

Musk also reached out to his Twitter followers in January to figure out what causes to donate to.

“[By the way], critical feedback is always super appreciated, as well as ways to donate money that really make a difference (way harder than it seems),” he wrote.

There’s a decent chance Musk poured the money into his own philanthropic organization, the Musk Foundation. He wouldn’t be the first billionaire to have stuffed their own charities.

The donation makes Musk America’s second-biggest donor after Bill Gates and Melinda French Gates in 2021, according to Reuters. But it still amounts to a tiny fraction of his net worth.

Musk also spent much of his time last year whining about taxation plans put forward by US politicians Bernie Sanders and Elizabeth Warren, calling them out for going after the ultra rich.

Then in December, Musk bragged that he “will pay over $11 billion in taxes this year,” an amount that roughly makes up the rest of the five million Tesla shares he didn’t donate to charity.

“And if you opened your eyes for 2 seconds, you would realize I will pay more taxes than any American in history this year,” he added. “Don’t spend it all at once… oh wait you did already.”

But many experts saw through the ruse. The shares “are a ticking tax time bomb,” as Brian Foley, an executive compensation consultant, told The New York Times in November. “Offhand I can’t think of any way for him to get around paying the tax.”

“His tax benefit would be huge,” Bob Lord, associate fellow at the Institute for Policy Studies, told Reuters. “He’d save between 40% and 50% of the $5.7 billion in tax, depending on whether he could take the deduction against his California income and he’d avoid the gains tax he would have to pay if he sold the stock.”

It’s still unclear, in other words, whether Musk decided to give away billions for the good of the world or to minimize his tax bill. But in either case, it’s arguably better than nothing.

READ MORE: Elon Musk gave 5 million Tesla shares to charity, but World Food Program has not received anything yet [MarketWatch]

Read This Next
Wait Wait
Elon Musk Has a Ridiculous Excuse for Why He Suddenly Doesn’t Want to Buy Twitter
Musk Gonna Musk
Experts Say That Elon Musk Has No Idea How Math Works
Market Madness
Bill Gates Says He’s Quite Concerned About the Global Economy
Much to Unpack
Why Elon Musk Got Bullied In High School
Dark Musk
The Dark Reason Elon Musk Is Trashing His Own Newest Employees
More on Future Society
Let Him Rest
Yesterday on the byte
Marvel Signs Deal to Insert CGI Stan Lee Cameos Into Future Films
Life is Like a Vi...
Tuesday on the byte
Retired General Accidentally Tweets Video Game Footage Thinking It’s Real
One, Two
May 15 on futurism
Physicists Say There May Be Another Reality Right Beyond This One
READ MORE STORIES ABOUT / Future Society
Keep up.
Subscribe to our daily newsletter to keep in touch with the subjects shaping our future.
+Social+Newsletter
TopicsAbout UsContact Us
Copyright ©, Camden Media Inc All Rights Reserved. See our User Agreement, Privacy Policy and Data Use Policy. The material on this site may not be reproduced, distributed, transmitted, cached or otherwise used, except with prior written permission of Futurism. Fonts by Typekit and Monotype.