You could be anywhere in the world in about an hour. 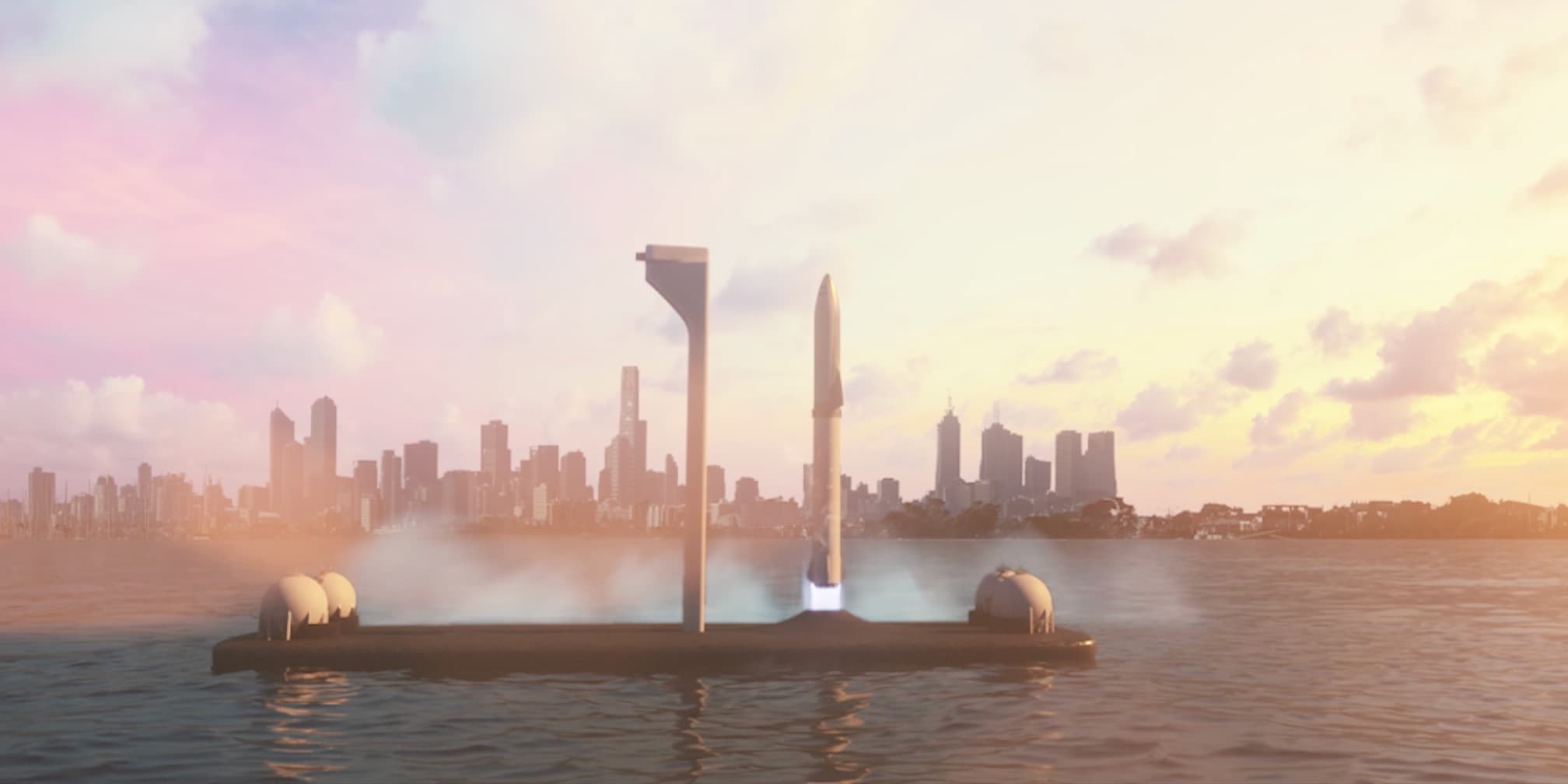 Your day might start like this. You wake to a barrage of email and texts: Your boss wants you at an urgent meeting in London early this afternoon. It’s morning, and you’re in New York City. So you grab an Uber downtown, board a ferry to the SpaceX platform in New York harbor…

Then things get interesting.

On the platform stands a 350-foot rocket, nicknamed BFR for “big f**king rocket.” You ride an elevator up to the cabin, strap in alongside 100 other passengers, and take to the skies with a roar. You feel weightless as you soar over the curve of the Earth at 17,000 miles per hour, 10 times the speed of the Concorde supersonic jet.

Twenty-nine minutes later, you touch down on an identical platform near the port of London. Another ferry, another car, and you make it to the meeting — fresh and on-time.

That’s the vision SpaceX CEO Elon Musk sketched during his keynote speech at last month’s meeting of the International Astronautical Congress in Adelaide, Australia. He began by describing his latest concept for colonizing Mars, but then took an unexpected detour.

“If you build a ship that’s capable of going to Mars, what if you take that same ship and go from one place to another on Earth?” he mused aloud.

His answer: city-to-city rocket service, the fastest commercial transit ever created. Basic ballistic physics yields some amazing travel times. New York to Shanghai would take 39 minutes. Los Angeles to Tokyo in 32 minutes. Anywhere to anywhere else in less than an hour. (Just watch out for rocket-lag, which might be even worse than jet-lag.)

Genius or huckster — he’s been called both — Musk is an expert at taking techno-dreams and making them at least seem realistic. He claims BFR will begin flying within five years, and that the cost of a globe-straddling ride would be “about the same as full fare economy in an aircraft.”

Those promises raised a lot of eyebrows. “There’s an array of practical problems to resolve,” says Derek Webber, director of Spaceport Associates, a think tank in Damariscotta, Maine. “My gut feeling is that his proposed timescale is too short, and his craft is too large.” But then he adds an oft-heard caveat:

“As a general rule, I would say don’t bet against Elon Musk.”

The History of Going Ballistic

Engineers have been working to develop point-to-point rocketry on Earth since before there were rockets, usually with dismal results. Early in the 19th Century, German author Heinrich von Kleist proposed using artillery shells to deliver mail, but died before seriously exploring the idea’s feasibility.

“Rocket mail” actually happened a century later. In 1931, Austrian rocket pioneer Friedrich Schmiedl launched 102 pieces of mail between towns, an idea picked up by several other entrepreneurs in Germany, India, and the U.S. The service proved unreliable, however, and the trip was far too brutal to even consider passengers.

“Then there was Pete Conrad,” says Webber, referring to the forward-thinking Apollo 12 astronaut who walked on the Moon in 1969. In the 1990s, Conrad worked at McDonnell Douglas to develop the Delta Clipper-X, a reusable rocket shuttle that would (like Musk’s BFR) take off and land vertically. But McDonnell Douglas abandoned the Clipper-X, and Conrad’s attempt to start his own passenger rocketry company, Universal Space Lines, went nowhere.

Another cautionary tale comes from the National Aerospace Plane, says Roger Launius, a veteran space analyst and former chief historian for NASA. In the 1980s, the U.S. military spent billions of dollars (the actual amount is classified) to develop a hypersonic plane — only to find the technological hurdles insurmountable. “It’s a different approach than what Elon is talking about, but the concept and challenges are similar,” Launius says. “This stuff is harder to do than the advocates say.”

Nevertheless, both Webber and Launius are supportive of the city-to-city rocketry concept. “Lowering the cost per pound to orbit changes everything,” says Launius. Then not just point-to-point but all rocketry would become vastly more practical.

Musk has been doing just that with SpaceX. For a long time, the cost of space access hovered around $10,000 a pound. Now that number is closer to $1,000 a pound — not yet “economy fare” but a huge improvement.

Inexpensive launches could make rocket commuting practical, and a high volume of commuters could conversely help drive costs even lower. “I believe Musk is right in looking to people as his best prospect for paying cargoes,” Webber says. Air-traffic control, medical flight issues, customs, and the like are notable challenges, “but none of these represent insoluble problems.”

Musk’s greatest obstacle may be safety. “First time you kill a passenger on one of these things, the business is done,” Launius says.

That doesn’t mean Musk should give up dreaming big. If anything, Launius suggests going even bigger. The ultimate tech for opening up space access, he argues, is a radical concept called a space elevator. This would be just what it sounds like: a cable reaching from the ground up 23,000 miles high, with an elevator car riding the cable to deliver people and satellites into orbit. It could finally make space access routine and dirt cheap — and it could run on renewable energy, eliminating the several hundred thousand pounds of carbon emissions produced by each launch.

“I was talking to the aerospace people at Syracuse University and they say, ‘Oh yeah, we can totally do this’,” Launius says. “If it's technically feasible, well, that really would change everything.”

Elon, are you listening?