Elon Musk Reveals That He Has Asperger’s in SNL Monologue

This can go a long way in destigmatizing the condition. 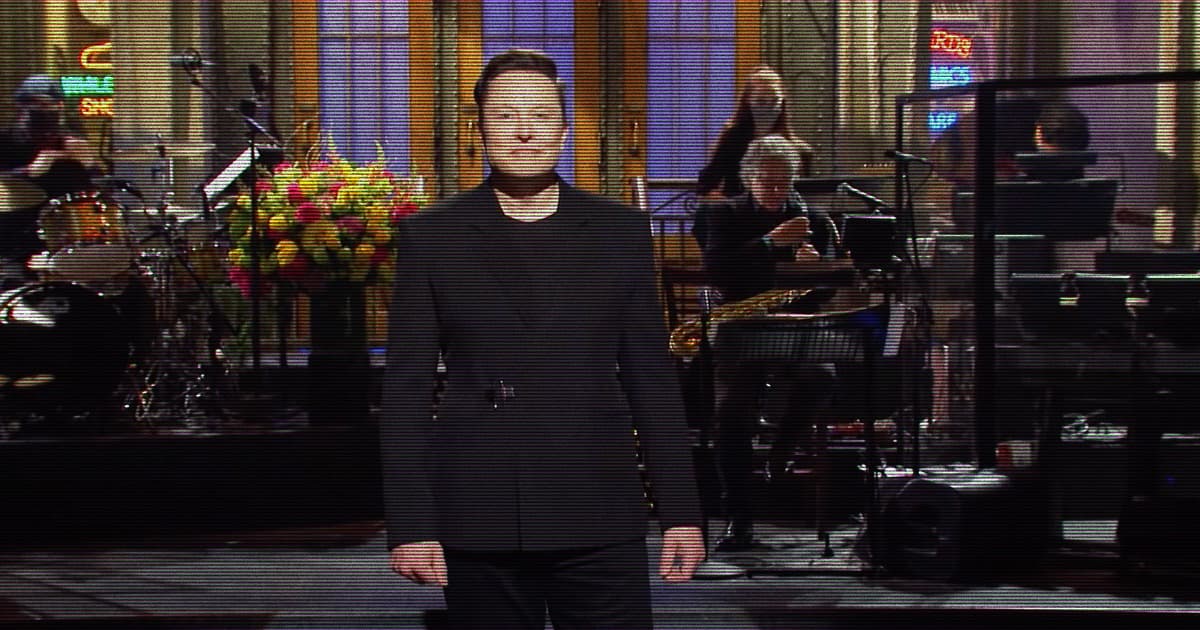 Elon Musk revealed that he has Asperger syndrome during his monologue while hosting Saturday Night Live.

The Tesla and SpaceX CEO took to the stage at 30 Rock on May 8 for his much-anticipated hosting duty, where he opened the show with the revelation.

“I’m actually making history tonight as the first person with Asperger’s to host SNL — or at least the first person to admit it,” said the billionaire. “So, I won’t make a lot of eye contact with the cast tonight.”

Asperger syndrome is a neuro-developmental disorder that impacts a person’s ability to communicate and interact with others. It can be characterized by nonverbal communication and repetitive behaviors, and can also be mild.

But Musk’s claim that he’s the first with Asperger’s to host the sketch show is a bit misleading. Former SNL cast member Dan Aykroyd has also spoken about having Asperger’s, and hosted the show in 2003, according to The Daily Beast.

That said, Musk’s revelation is still pretty cool, and shows the significant strides we’ve made in destigmatizing neuro-atypical conditions.

It also helped that Musk took a lighthearted approach to the subject.

Overall, his monologue was solid, fairly charming, and delivered on the laughs. At one point he brought out his mother to joke about Dogecoin and inadvertently tanked the price of the cryptocurrency.

But he did get some backlash. Marlow Stern, writing for The Daily Beast, criticized Musk’s monologue as “deceptive and deeply awkward.”

“For what it’s worth, it’s a distortion for Musk to say that people have mostly taken issue with his silly pot-smoking and sex jokes on Twitter,” Stern wrote, “rather, people have been critical of his anti-union tweets, the time he accused a hero diver of being a ‘pedo guy,’ mocking gender pronouns, and his aforementioned COVID misinformation-spreading.”

Let’s be honest: Stern’s got a solid point. Musk is a complex person. While he undoubtedly does a lot of very cool things and is at the vanguard of the most innovative technologies out there, he’s also incredibly problematic. No amount of joking on SNL can whitewash that.

You can watch the entirety of his SNL monologue below:

Read This Next
Thanks Man!
After Sexual Allegations, Elon Musk Jets Off to Brazil
Wait Wait
Elon Musk Has a Ridiculous Excuse for Why He Suddenly Doesn’t Want to Buy Twitter
Musk Gonna Musk
Experts Say That Elon Musk Has No Idea How Math Works
Market Madness
Bill Gates Says He’s Quite Concerned About the Global Economy
Much to Unpack
Why Elon Musk Got Bullied In High School
More on Future Society
Hot Tip
Yesterday on the byte
Tesla Driver Briefly Trapped in Burning Car, Kicks Out Window
McBig Bucks
Yesterday on the byte
Kid Steals Phone, Orders 31 Cheeseburgers, Leaves Huge Tip
Mirror, Mirror
May 21 on the byte
Scientists Say There May Be a “Mirror World” to Our Own
READ MORE STORIES ABOUT / Future Society
Keep up.
Subscribe to our daily newsletter to keep in touch with the subjects shaping our future.
+Social+Newsletter
TopicsAbout UsContact Us
Copyright ©, Camden Media Inc All Rights Reserved. See our User Agreement, Privacy Policy and Data Use Policy. The material on this site may not be reproduced, distributed, transmitted, cached or otherwise used, except with prior written permission of Futurism. Fonts by Typekit and Monotype.