To be fair, it does look like a bit of a ripoff. 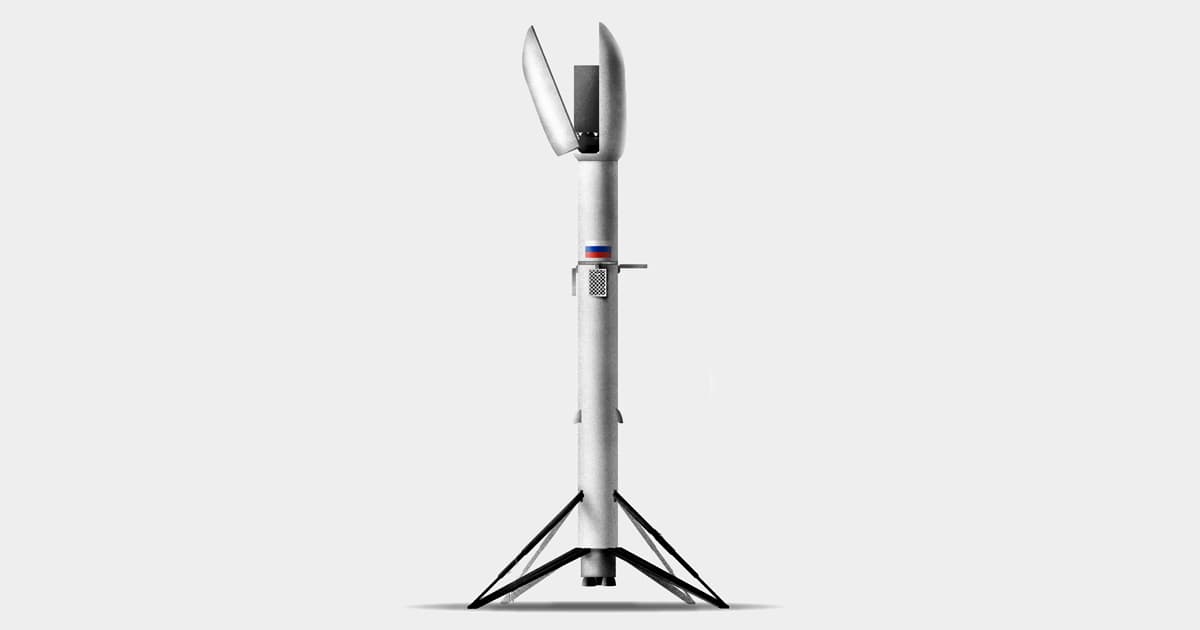 Russia's space corporation Roscosmos unveiled plans for its reusable "Amur rocket" this week — a design, planned to be completed by 2016, that borrows heavily from SpaceX's Falcon 9, as Ars Technica's senior space reporter Eric Berger pointed out in a Monday tweet.

SpaceX CEO Elon Musk quickly waded into the discourse, throwing some shade at the new design.

"It’s a step in the right direction, but they should really aim for full reusability by 2026," Musk tweeted. "Larger rocket would also make sense for literal economies of scale. Goal should be to minimize cost per useful ton to orbit or it will at best serve a niche market."

Russia has clearly decided that if you can't beat 'em, join 'em with its new design for a reusable booster. Alas, no flights until at least 2026 means it will be at least 15 years behind the Falcon 9. Russia is lucky SpaceX doesn't innovate, hah.
https://t.co/868cMPa3aO pic.twitter.com/NTWQSyfXRp

Both rockets feature a set of grid fins on top and landing legs at the base. The overall shape of the fairing is also very familiar.

But they do differ in other aspects: the Amur is slimmer in diameter and uses five RD-169 engines instead of the nine Merlin engines on the Falcon 9. Amur will also be designed to burn methane for fuel, while the Falcon 9 uses both liquid oxygen and rocket-grade kerosene.

Just like SpaceX's Falcon 9 first stages, Roscosmos is planning to collect first stages on a boat out at sea — sound familiar? — to later reuse them up to ten times.

Rather than focusing on making the Falcon 9 entirely reusable — unlikely at this late stage — the company is betting on its next-generation Starship, which is designed from the ground up to be fully reusable.

SpaceX is now gearing up to start launching the massive Mars-bound rocket, likely what Musk was referencing with "larger rocket," to a height of 12 miles. The first test flight to orbit is only a few years away, according to Musk.

Starship is designed to eventually carry up to 100 tons of cargo to orbit, dwarfing the Amur rocket's planned max payload of 10.5 tons.

SpaceX and Roscosmos have had a rocky relationship. Musk and Roscosmos chief Dmitry Rogozin haven't been above taking pot shots at each other in the past.

Russia is hoping to start testing its rocket in 2026 — an eternity in terms of how quickly the industry has been progressing.

The space corporation is aiming at just $22 million per launch, for about 10.4 tons of cargo — a competitive price point. Developing the rocket is budgeted at just $900 million.

More on Roscosmos: Russia Wants to Be the First to Shoot a Movie In Space

Read This Next
Shot Well
Head of NASA Relieved to Hear Elon Musk Isn't REALLY Running SpaceX
Makeover Scene
Space Tourist Says He's Thinking About Flying SpaceX Craft Up to Fix Hubble
Grain of Salt
There's a Huge Problem With Elon Musk's Promise to Bring Starlink to Iran
Sluggo Mode
SpaceX Has a Major Problem With Its Starlink Internet Connections
Sabers Rattled
Russia Issues Veiled Threat to Shoot Down Pesky SpaceX Satellites
More on Off World
Killernova
Yesterday on the byte
Scientists Find "One in Ten Billion" Star System Primed to Explode in Titanic Kilonova
Lonely Planet
Feb 5 on futurism
Scientists Find Nearby Planet the Same Size of Earth, Plan to Search It for Life
Take Cover
Feb 4 on the byte
Space Startup Blows Up Another Giant Inflatable Space Station Module
READ MORE STORIES ABOUT / Off World
Keep up.
Subscribe to our daily newsletter to keep in touch with the subjects shaping our future.
+Social+Newsletter
TopicsAbout UsContact Us
Copyright ©, Camden Media Inc All Rights Reserved. See our User Agreement, Privacy Policy and Data Use Policy. The material on this site may not be reproduced, distributed, transmitted, cached or otherwise used, except with prior written permission of Futurism. Articles may contain affiliate links which enable us to share in the revenue of any purchases made.
Fonts by Typekit and Monotype.