Dutch Startup Mining Bitcoin to Grow Tulips, and We Can't Tell If They're Joking 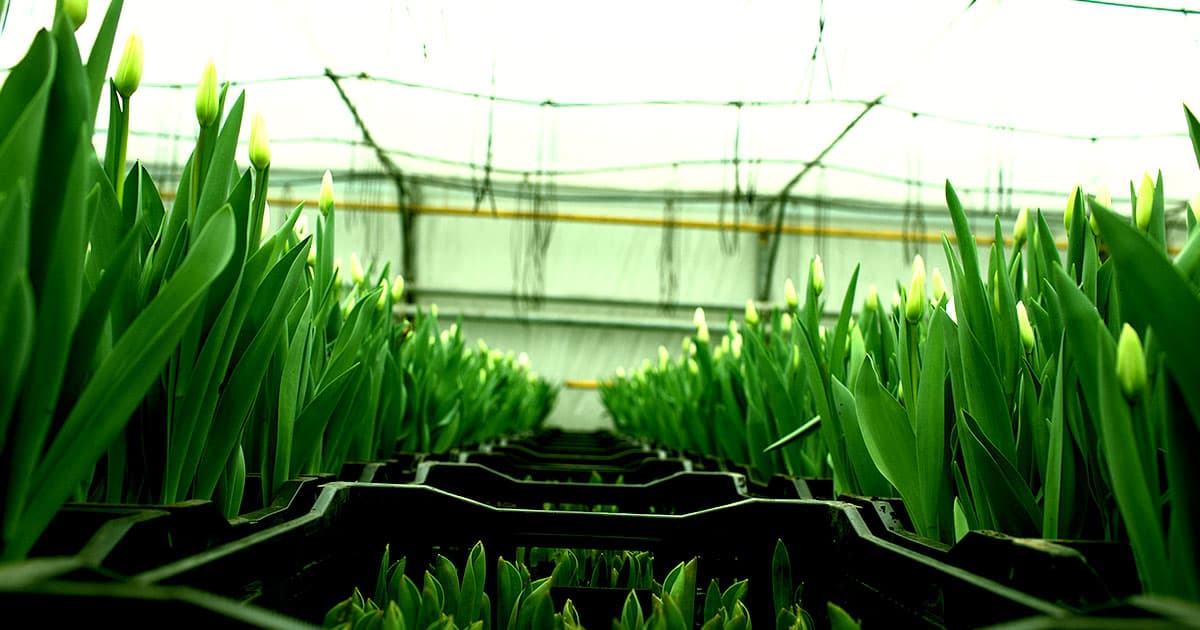 A startup in The Netherlands is using the heat generated by Bitcoin mining rigs to grow tulips, Agence France-Press reports — and the sheer irony, given the historical context, is absolutely mind-numbing.

In the 17th century, demand for tulips — yes, the flower — spiked so sharply in Amsterdam that prices rose to staggeringly high levels, in a massive deviation between perceived and actual value that resulted in what is widely considered to be the first recorded economic bubble and subsequent collapse.

The term "tulip mania" still refers to the concept of a speculative bubble to this very day, forever enshrining it in the vocabulary of modern economics.

Fast forward over 300 years, and we've got the next potential bubble in the form of cryptocurrency, a speculative and infamously unstable digital asset that's already gone through its own fair share of dramatic boom and bust cycles.

The similarities between tulip mania and Bitcoin, though, have seemingly gone over the head of Dutch engineer Bert de Groot, who is using the heat generated by Bitcoin mining rigs to grow tulips inside a greenhouse.

To de Groot, it's a way to reduce his company's reliance on natural gas, prices of which have soared ever since Russia invaded Ukraine.

In fact, his company Bitcoin Brabant is going as far as selling tulips online in exchange for Bitcoin, according to AFP. So either this is an absolutely next-level performance in deadpan, or the most incredible example of unintentional comedy in the history of crypto.

In de Groot's defense, the company isn't basing all of its operations on the value of Bitcoin. Instead, Bitcoin mining servers are releasing tons of heat that are helping the tulips grow over the winter.

And to be fair, the company is using energy generated from solar panels on its roofs to power the mining rigs, making the operation "carbon negative," as de Groot told AFP.

According to de Groot, the mining rigs heat up the air by about 34 degrees Fahrenheit.

"We're actually improving the environment instead of the other way around," de Groot told AFP.

That, however, leaves the rather obvious question: aren't there plenty of more efficient methods of turning solar energy into heat for a greenhouse?

Meanwhile, Bitcoin has had a horrible year so far. The price of the token is worth around $17,000 at the time of writing, which is less than half of its value at the beginning of 2022.

Things have gotten so out of hand, in fact, that the European Central Bank warned earlier this month that Bitcoin is on its "last gasp."

Despite the crash, de Groot is hellbent on powering his tulip business with the aid of Bitcoin servers.

"I have absolutely no worries about the long-term value proposition of an immutable monetary system," he told AFP. "Bitcoin will last for ever."

More on Bitcoin: Europe's Central Bank Warns That Bitcoin Is on Its "Last Gasp"

Read This Next
Old School
FTX's New CEO Says Company Did "Old Fashioned Embezzlement"
Moving Money
Crypto.com Accidentally Sent $400 Million to a Competitor
Crypto Inferno
Bitcoin Mining as Bad for Planet as Oil Drilling, Scientists Say
Staking Ether
Oops! Ethereum's Merge May Cause Huge Problems With the SEC
BTC Wars
Guy Claims He Invented Bitcoin But Then "Stomped on the Hard Drive" Containing Proof
More on Blocknik
Girlbosses
Wednesday on the byte
"Cryptoqueen" Accused of Stealing Billions Suddenly Surfaces
Their Minds...
Jan 28 on the byte
Business Geniuses at Amazon Hard at Work on Hot New Idea: NFTs
Floored Apes
Jan 27 on the byte
Yuga Labs Says Its Bored Apes Are Absolutely Copyrighted, Thank You Very Much
READ MORE STORIES ABOUT / Blocknik
Keep up.
Subscribe to our daily newsletter to keep in touch with the subjects shaping our future.
+Social+Newsletter
TopicsAbout UsContact Us
Copyright ©, Camden Media Inc All Rights Reserved. See our User Agreement, Privacy Policy and Data Use Policy. The material on this site may not be reproduced, distributed, transmitted, cached or otherwise used, except with prior written permission of Futurism. Articles may contain affiliate links which enable us to share in the revenue of any purchases made.
Fonts by Typekit and Monotype.