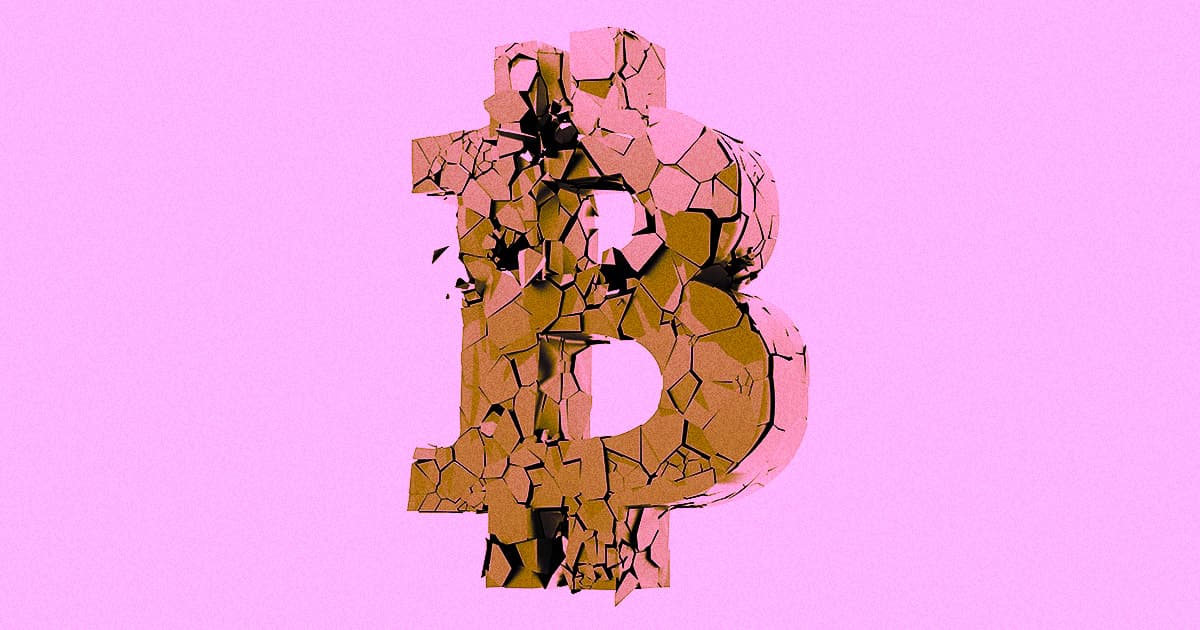 Europe's Central Bank Warns That Bitcoin Is on Its "Last Gasp"

Tell us how you really feel.

Tell us how you really feel.

The European Central Bank is throwing some major shade at bitcoin even as it bounces back following the FTX collapse.

In a blog post titled "Bitcoin's last stand," published on its official European Union website, the ECB lobs a devastating takedown at the digital currency — and warns that its demise could just be getting started.

As the ECB notes, bitcoin's peak value of nearly $70,000 occurred only a year ago in November 2021, yet by June 2022 it had fallen dramatically to less than a third of that. But the real problem, they charge, aren't localized ups and downs but weaknesses in the entire foundation of the tech: that it has no intrinsic value, has largely been used a vehicle for speculation, and is seldom used for legal transactions.

"For bitcoin proponents, the seeming stabilization signals a breather on the way to new heights," reads the post. "More likely, however, it is an artificially induced last gasp before the road to irrelevance —  and this was already foreseeable before FTX went bust and sent the bitcoin price to well below USD16,000."

Though bitcoin stabilized around $20K per token in the early fall, the collapse of prominent exchange FTX has driven it even lower since. Since FTX's dramatic implosion in early November, BTC has rebounded back about $17,000 this week, but even crypto proponents are warning that it's far from a signal of sea change.

"This is just a bearish retest," Vijay Ayyar, an executive at the Luno crypto exchange, told CNBC. Indeed, even that price couldn't be sustained with the value again hovering a bit above $16K.

The EBC went further than just outlining the currency's downward trend and took on entities that promote crypto to customers as an unregulated but comparable alternative to fiat.

"Since Bitcoin appears to be neither suitable as a payment system nor as a form of investment, it should be treated as neither in regulatory terms and thus should not be legitimized," the post reads. "Similarly, the financial industry should be wary of the long-term damage of promoting Bitcoin investments — despite short-term profits they could make (even without their skin in the game)."

The keepers of the Euro have spoken — and to them, bitcoin is bunk.