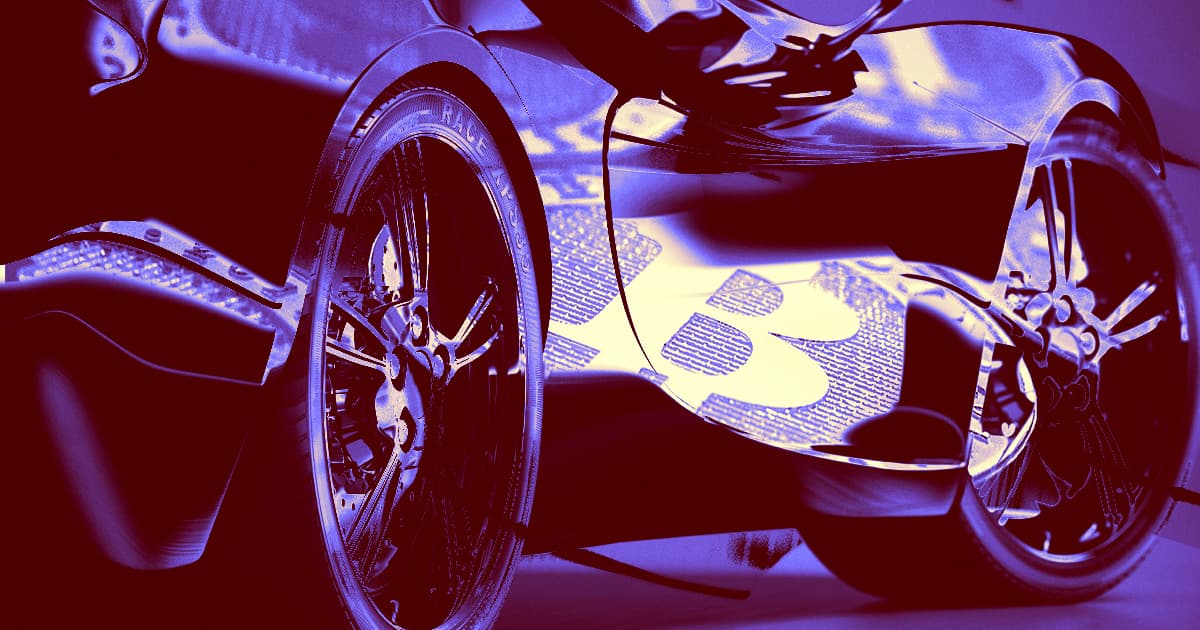 With cryptocurrency values continuing to plummet amid the crash of FTX and BlockFi, it looks like the industry's acolytes are trying to make some fiat cash on the expensive cars they bought in the bull market.

As the New York Post reports, folks in the exotic car resale industry are seeing correlations between the great crypto crash(es) of 2022 and the lowering of used luxury car prices, which have plummeted in recent months.

In messages with the NYPost, a Twitter user known only by his CarDealershipGuy handle who works in the luxury car resale market said he doesn't think those factors are unrelated.

"It’s clear that in the last couple of months the decline in prices for exotic vehicles has accelerated and that correlates very, very well with the meltdown in the crypto markets," CarDealershipGuy told the NYPost, "where we know that some of the biggest customers of exotic vehicles were crypto millionaires."

This same apparent trend was also explored by The Verge last week, and although it took a decidedly more cautious look at the phenomenon, it also found it likely that the crypto crash is responsible for an uptick in luxury cars hitting the market right now — though experts warned that there could be other economic factors at play.

"The trend is rather interesting as our appraisals went up a few weeks before the major announcements of trouble within the crypto market," Ivan Drury, the director of insights for the Edmunds auto sales firm, told The Verge. “I’d hate to draw too many conclusions (or postulate on possible conspiracy theories that ‘insiders’ knew and wanted to unload assets before the announcements) about why, but I think the data does make you wonder.”

While Drury said he and his colleagues are "not 100 percent convinced" that the decrease in used luxury car prices and the crypto crash correspond with one another, their proximity nevertheless "did raise some eyebrows."

All the same, CarDealershipGuy claimed in his messages with the NYPost that his DMs have been chock full of crypto bros trying to offload their expensive cars, and in messages with The Verge corroborated the observation.

"If we learned one thing, everything is correlated when you have a large evisceration of wealth," the Twitter user told the tabloid. "It impacts the entire economy."