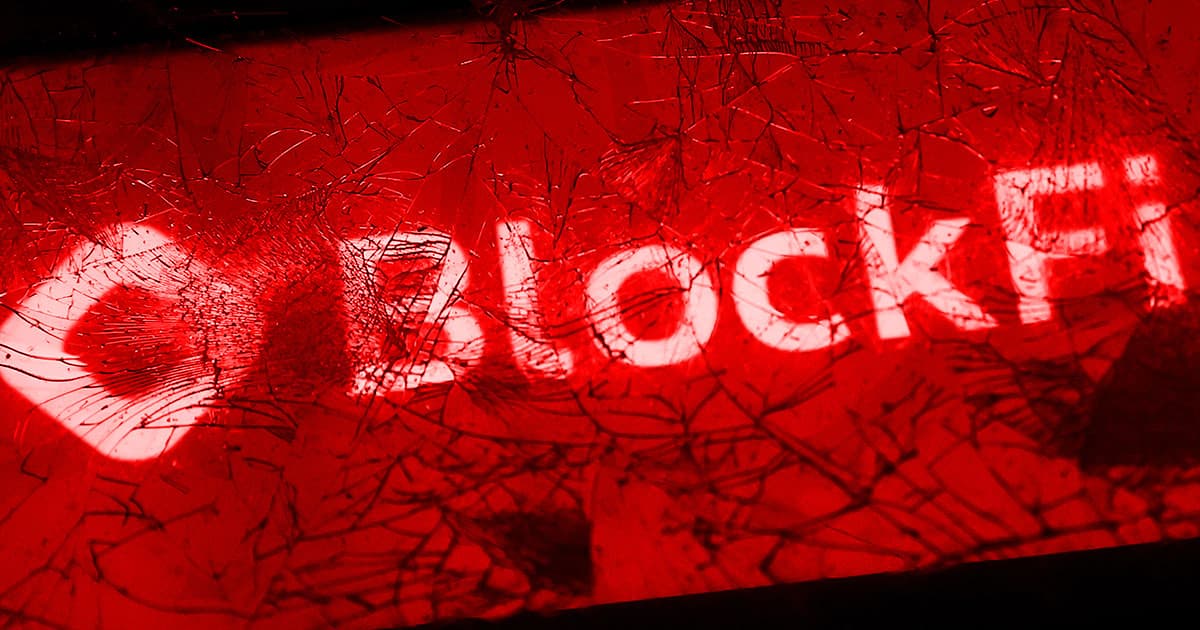 Yet another major cryptocurrency lender has filed for bankruptcy, a sign of a deepening "crypto winter" that's continuing to take down the hype giants one by one.

BlockFi, which promised to act as a bridge between the crypto and the more traditional financial world, says the filing will allow it to stabilize operations and restructure. We'll have to see.

At the time FTX went under in a major destabilizing event that wiped out a $32 billion valuation in a matter of days, BlockFi had already announced it was pausing withdrawals, which spread rumors of an impending bankruptcy filing.

In fact, FTX's collapse had direct repercussions on BlockFi's business.

"We do have significant exposure to FTX and associated corporate entities that encompasses obligations owed to us by Alameda, assets held at FTX.com, and undrawn amounts from our credit line with FTX.US," BlockFi said in a statement a week after FTX collapsed.

The company now has a lot to answer for. According to the Associated Press, the company has more than 100,000 creditors and is liable for anywhere between $1 billion and $10 billion.

At one point, the company was valued at $4.8 billion. As of right now, BlockFi has just $257 million in cash — meagre crumbs that it hopes will be enough to turn its operations around start picking up the pieces.

More on BlockFi: The FTX Collapse Has Another Crypto Company Preparing for Bankruptcy