Scientists: New Device Appears to Defy the Laws of Thermodynamics

It sounds suspiciously like a perpetual motion machine, but things are more complicated than that. 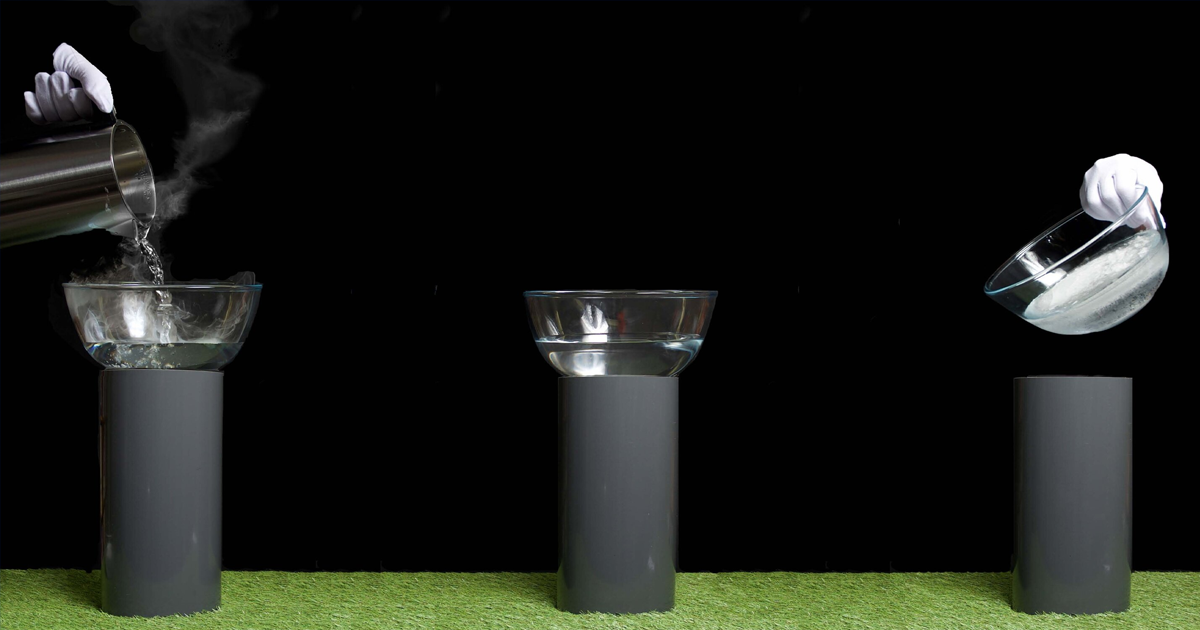 The laws of thermodynamics are pretty straightforward: Normally, heat from a hot object will flow to a cold one until they reach the same temperature, bringing the system to a state of equilibrium.

Now, physicists at the University of Zurich (UZH) have developed a surprisingly simple device, described Friday in the Journal Science Advances, that they say temporarily allows heat to flow from a cold object to a hot one. In other words, the team acknowledges, the device appears to defy the second law of thermodynamics.

The team managed to cool a nine-gram piece of copper from over 100°C to 2°Cbelow room temperature without an external power supply.

To pull it off, they used a Peltier element, a long-lasting device with no moving parts commonly used in things like minibars and self-filling water bottles, and an electrical inductance, a current generated by changes in a magnetic field.

Using layers of alternating types of semiconductors, the Peltier element transfers heat energy from one side of the device to the other. When an electrical current is applied the devices can create a "thermal oscillating circuit" in which energy flows between objects, from hot to cold and back again. As the object approaches room temperature the magnetic field helps drive temperature changes just a little bit cooler.

"Theoretically, this experimental device could turn boiling water to ice, without using any energy," said Andreas Schilling, a professor in the Department of Physics at UZH.

It sounds suspiciously like a perpetual motion machine, but the researchers say that mathematically, the entropy in the system increased over time, meaning it technically adhered to the laws of physics. So it won't lead to a "free lunch" for energy.

The team only achieved a cooling of 2°C below room temperature, but according to Schilling, it would be possible in theory to achieve cooling of up to -47°C (-52.6°F). That's a major "in theory" however, as to do so would require a yet-to-be-invented "ideal" Peltier elements as well as superconducting materials to minimize energy loss.

"With this very simple technology, large amounts of hot solid, liquid or gaseous materials could be cooled to well below room temperature without any energy consumption," says Schilling. "At first sight, the experiments appear to be a kind of thermodynamic magic, thereby challenging to some extent our traditional perceptions of the flow of heat."

More on Thermodynamics: US Military Files Patent for Room-Temperature Superconductor

Read This Next
Futurism
New Study Links Human Consciousness to a Law That Governs the Universe
Futurism
A New Information Engine is Pushing the Boundaries of Thermodynamics
Futurism
Scientists Experimentally Demonstrate the "Reversal of the Arrow of Time"
Futurism
New Insights Into Matter's Behavior in Fusion Could Lead to an Unlimited Source of Clean Energy
Futurism
New Theory for Life Suggests It Was Not an Accident of Biology. It Was Physics.
More on Hard Science
Warped Tour
Thursday on futurism
Professor Believes Door to Warp Drive May Lie With Ethylene Glycol
Sky Bursts
Thursday on the byte
Astronomers Intrigued by 25 Mysterious Repeating Radio Signals From Deep Space
Tractor Beam
Jan 26 on the byte
Scientists Build Working Tractor Beam, Although It's Comically Tiny
READ MORE STORIES ABOUT / Hard Science
Keep up.
Subscribe to our daily newsletter to keep in touch with the subjects shaping our future.
+Social+Newsletter
TopicsAbout UsContact Us
Copyright ©, Camden Media Inc All Rights Reserved. See our User Agreement, Privacy Policy and Data Use Policy. The material on this site may not be reproduced, distributed, transmitted, cached or otherwise used, except with prior written permission of Futurism. Articles may contain affiliate links which enable us to share in the revenue of any purchases made.
Fonts by Typekit and Monotype.