Self Filling Water Bottles Have Arrived, but Just How Viable Are They?

This self-filling bottle turns *air* into drinking water. So, why aren't we all carrying it around? 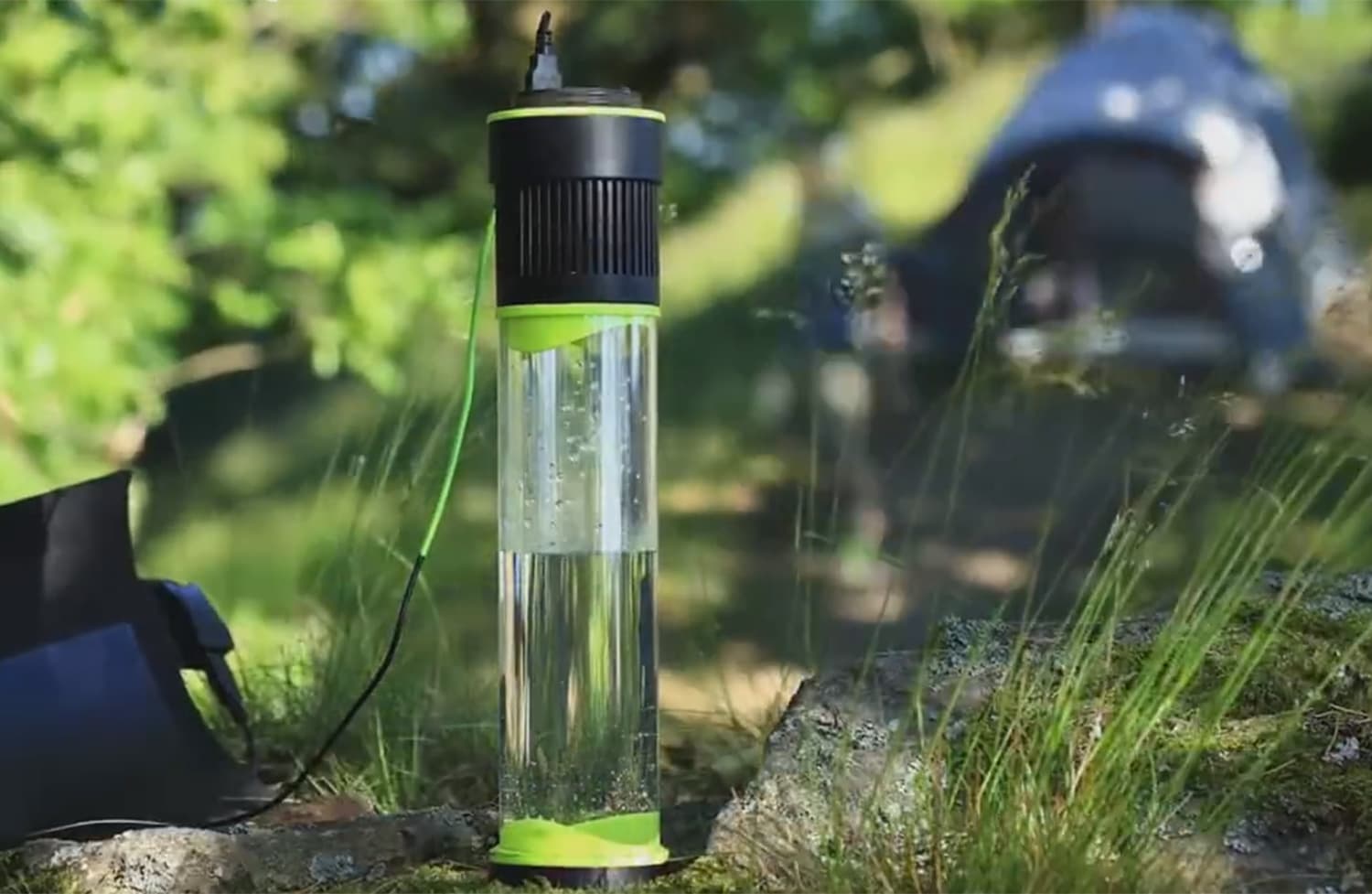 We first heard about the self filling water bottle a few years ago. It was designed to mimic the water collecting actions of the desert beetle. This beetle collects condensation from the ocean breeze on its wings before eventually running into its mouth. At the time, it was predicted to be used on green roofs and greenhouses and, in time, rain-poor nations.

So, where is it now?

Well, for starters, the bottle needs to be moving in order to work, so you can now find it on bicycles!

Using solar panels, it collects moisture from the air, condenses it, and stores it as safe drinking water. In the right climate, it can produce real, drinkable water.  Unfortunately, it can only produce a tiny amount of water in an hour. We’re talking .5 liters here.

So it won’t save you if you you are stranded in the desert, but it can help quench your thirst a little.

Named Fontus, after the Roman god of wells and springs, this self filling water bottle was designed by a student from the University of Applied Arts in Vienna, Kristof Retezar, and was a finalist for the 2014 James Dyson award.

The inspiration behind the invention was the statistical projection that by 2030, 47 percent of the world's population will be living in areas of high water stress. Harvesting water from the air is nothing new. It has been in practice for more than 2000 years, mostly in Asia and Central America. Since the Earth's atmosphere contains around 13,000 km3 of mostly unexploited freshwater, Fontus is an attempt to discover these resources.

According to the award site, Fontus uses the principle of thermoelectric cooling in which heat is transferred from one side of a container to another. A Peltier Element is installed in the center to cool the hot, humid air. Solar panels generate the electricity needed to cool the upper chamber, while the bottom of the device heats up. When the bike moves, air is pulled in, and then slowed and cooled as it moves through the upper chamber. The moisture from the air then condenses into water and drips into the bottle.

Retezar said the system starts to work well when temperatures hit around 68 degrees Fahrenheit and humidity hits 50 percent. At this point, a drop of water a minute is produced. You will need to bike for a while to fill up the water. For Retezar, these conditions were not easy to find in Vienna. He simulated different atmospheric conditions in his bathroom, modifying the air temperature and humidity.

So to clarify the issues: It only makes a small amount of water. And since you need to be moving to make the water, you use more water making it than you get it return. The other drawback can be found in communities with dirty air, because the device does not have a purification system yet. There are filters that keep dust out of the water—but that doesn't help with pollutants.

Moreover, Retezar estimates that the cost of the prototype is between $25 to $40 to make. Of course, with further iterations to optimize the device, it could become more expensive. And there is no real way to make this scalable without major changes (moving a huge tank to generate water just isn't viable).

Nevertheless, Retezar is hoping to raise funds for the development of a stand-alone device capable of drawing air in while stationary. This would help with potential applications for the device beyond the world of cycling. We shall see.