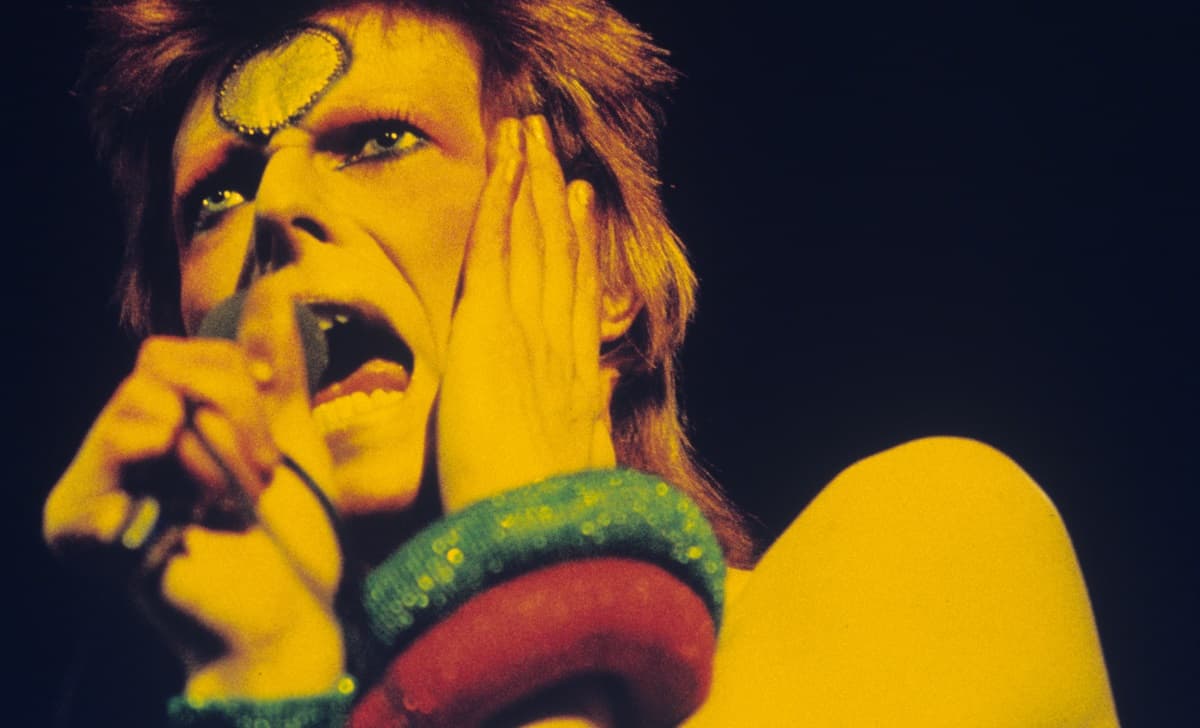 After announcing that it would be releasing a non-fungible token (NFT) line, the estate of David Bowie has deleted its initial post about the project — and it's unclear what's going to happen next.

"On September 13th, David Bowie’s undying influence will impact yet another new frontier as nine of the world’s leading crypto-artists come together to celebrate his legacy and put #BowieOnTheBlockchain," the since-deleted tweet from earlier today reads, per the Internet Archive.

The archived post shows ample derisiveness about the NFT project which, per a Billboard profile, set out to benefit a humanitarian nonprofit that the late rock star's wife Iman Abdulmajid works with.

"I'm going to fucking scream," reads one reply to the since-deleted post.

"No — don't trash Bowie's legacy like this," another user implored.

As ghoulish as the prospect of using Bowie's estate to sell NFTs may seem, another Twitter user pointed out that these NFTs appear to be a "logical extension" of another, mostly-forgotten ploy the superstar undertook when he was still alive.

In an October 2021 blog post data standards expert Terence Eden posited that in 1997, Bowie had "invented the NFT" with his Bowie Bonds, which "allowed you to directly invest in an artist's catalogue and receive royalty payments based on their sales."

The concept, as Eden outlined, held promise. By paying money for shares of a given artist's catalogs, folks like Bowie could use the proceeds to buy back their masters. Whenever one of the artist-owned songs is sold and played, they get paid — and so, too, would the investors.

As the BBC noted after Bowie's death in 2016, this concept intrigued a number of other artists like James Brown and Iron Maiden, who in turn began issuing similar bonds for their own catalogs. By 2004, however, the Moody's Investors Services rated the securities-backed assets nearly worthless because the music industry had, as Bowie infamously predicted just a few years prior, become a public commodity.

In his October 2021 post, Eden listed a number of "perverse incentives" for artist bonds meant as allegories for the NFT market — "pump and dump" scheming, "obnoxious" evangelism, and even "share washing." Though the market was much younger at the time, those predictions have obviously proven true.

"This is, sadly, the logical end-case for the NFT craze," the data standards expert opined.

The Bowie NFTs, Eden wrote on Twitter today, would have "even more perverse incentives" — though he didn't expound on what exactly those incentives would be.

In spite of the deleted tweet, there's been no news that the Bowie estate's NFT project has actually been canceled — a representative of Bowie's estate didn't respond to a request for comment — but you'd best believe they're under pressure.

Read This Next
BTC Wars
Guy Claims He Invented Bitcoin But Then "Stomped on the Hard Drive" Containing Proof
Human Furniture
Crypto Guy: Desperately Poor People Could Be NPCs in Video Games
Pre-Alpha
This $7.7 Million Miami Mansion Comes With a Metaverse "Twin"
Rude Porn
Sleazy Project Sold NFTs of Porn Stars, But Never Got Their Permission
In This Economy?
Major Luxury Brand Slinging Hideous and Unaffordable NFT Pendants
More on Blocknik
I'm Baby
Sep 23 on the byte
Binance Guy Says the Crypto Crash is Good, Actually
Binancing
Sep 22 on the byte
Crypto Exchange Warns Buyers That Coin Founder Is Wanted by Police
And Runnin', Runnin'
Sep 21 on the byte
Guy Blamed for Crypto Crash Says He Isn't Fleeing Arrest Warrant, But Isn't Turning Himself In to Cops Either
READ MORE STORIES ABOUT / Blocknik
Keep up.
Subscribe to our daily newsletter to keep in touch with the subjects shaping our future.
+Social+Newsletter
TopicsAbout UsContact Us
Copyright ©, Camden Media Inc All Rights Reserved. See our User Agreement, Privacy Policy and Data Use Policy. The material on this site may not be reproduced, distributed, transmitted, cached or otherwise used, except with prior written permission of Futurism. Articles may contain affiliate links which enable us to share in the revenue of any purchases made.
Fonts by Typekit and Monotype.