Take this to your grave. 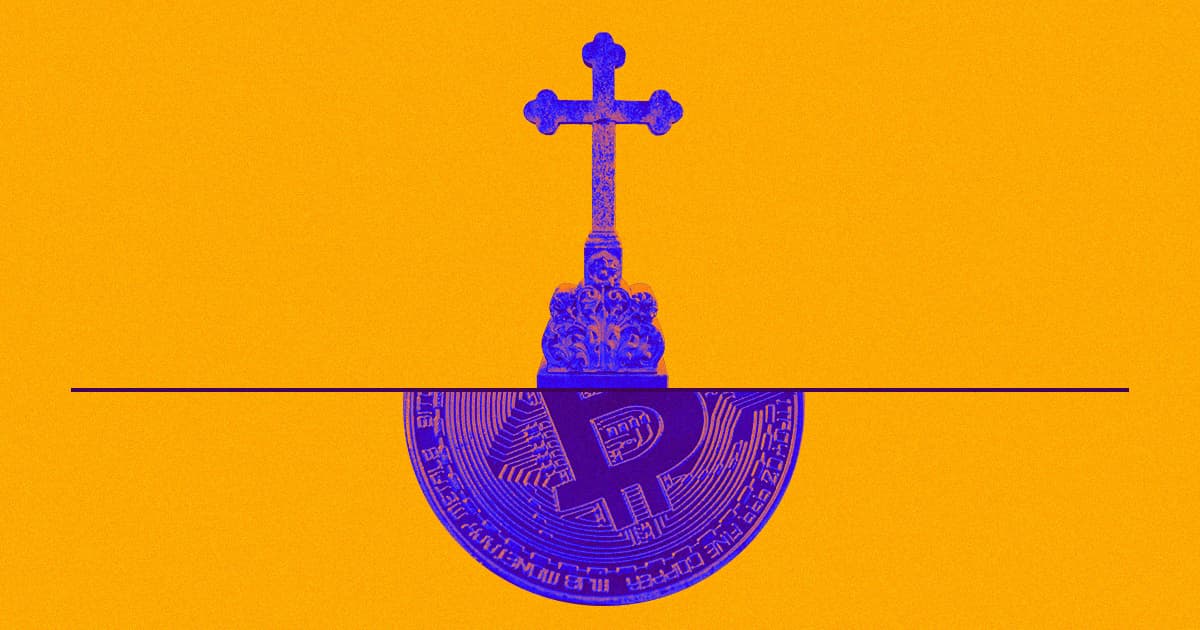 A prominent cryptocurrency exchange is scrambling to access $137 million dollars worth of Bitcoin after its founder died and took his passwords with him.

On Jan. 31, Jennifer Robertson testified to the Supreme Court of Nova Scotia that her husband Gerry Cotten, the founder of crypto exchange QuadrigaCX, died in December. As a result, she said that most of the company's funds — $137 million worth of Bitcoin — were locked away in an encrypted cold wallet that only Cotten knew how to access, according to CoinDesk.

The grim saga demonstrates that even though blockchain technology can help promote accountability and transparency, it can also allow companies to operate without legal oversight — a glaring problem when it comes to financial matters.

But there may be more to the story than what Robertson and QuadrigaCX have presented. An unofficial, independent investigation conducted into QuadrigaCX's transactions on the blockchain by a pseudonymous blockchain researcher who goes by the handle Zerononcense called into question not only the existence of the alleged encrypted wallet but also the validity of QuadrigaCX's business practices at large.

The investigation, which conceded that it's based only on the researcher's observations and not necessarily the definitive truth of the matter, suggested that QuadrigaCX may not have the massive Bitcoin reserves that it claims to, and may have instead been pocketing some customers' deposits and using other deposits to fulfill withdrawal requests as needed, not unlike, in the author's words, "operating a shell exchange or a ponzi."

Thus far, QuadrigaCX has not responded to the investigation. Futurism reached out to the company for comment and this article will be updated if it responds.

Ironically, a since-archived version of QuadrigaCX's website reveals that the company partnered with the Bitcoin Foundation, an organization that aims to standardize the use of cryptocurrency.

Whether QuadrigaCX's customers' money is stuck in an encrypted wallet or whether it was pocketed, what remains clear is that the blockchain, for all its purported safety and security, still has a major accountability problem.

Sure, the philosophy of blockchain technology — circumventing regulation in the interest of personal freedom — is a huge selling point of crypto. But without established, enforceable business practices, problems like this will likely continue to happen. Even if nothing shady happened at all, some sort of overarching rules are necessary to make sure that investors don't lose over $100 million dollars just because a company's president didn't feel like writing down his passwords.

Read This Next
FTuxxed
Behind the Lawsuit Against Celebs Who Shilled FTX Before Its Spectacular Meltdown
Toes in the Water
Guy Linked to Huge Crypto Meltdown Says It’s Just a Coincidence That He’s Hanging Out in a Country With No Extradition to United States
Subway Menace
Tom Brady Appears to Be Totally Screwed by the FTX Collapse
Crypto Inferno
Bitcoin Mining as Bad for Planet as Oil Drilling, Scientists Say
Staking Ether
Oops! Ethereum's Merge May Cause Huge Problems With the SEC
More on Blocknik
Oooooof
Yesterday on the byte
Man Alarmed to Become Only Guest at $400,000 Metaverse Party
Touchy Subject
Monday on the byte
SBF Not Happy to Be Asked About Ex-Girlfriend Caroline Ellison
Oops, Bad Accounting
Monday on the byte
Coinbase CEO Says Only a "Gullible Person" Wouldn't Think FTX Stole User Funds
READ MORE STORIES ABOUT / Blocknik
Keep up.
Subscribe to our daily newsletter to keep in touch with the subjects shaping our future.
+Social+Newsletter
TopicsAbout UsContact Us
Copyright ©, Camden Media Inc All Rights Reserved. See our User Agreement, Privacy Policy and Data Use Policy. The material on this site may not be reproduced, distributed, transmitted, cached or otherwise used, except with prior written permission of Futurism. Articles may contain affiliate links which enable us to share in the revenue of any purchases made.
Fonts by Typekit and Monotype.