Could There Be Another Planet on the Other Side of the Sun? 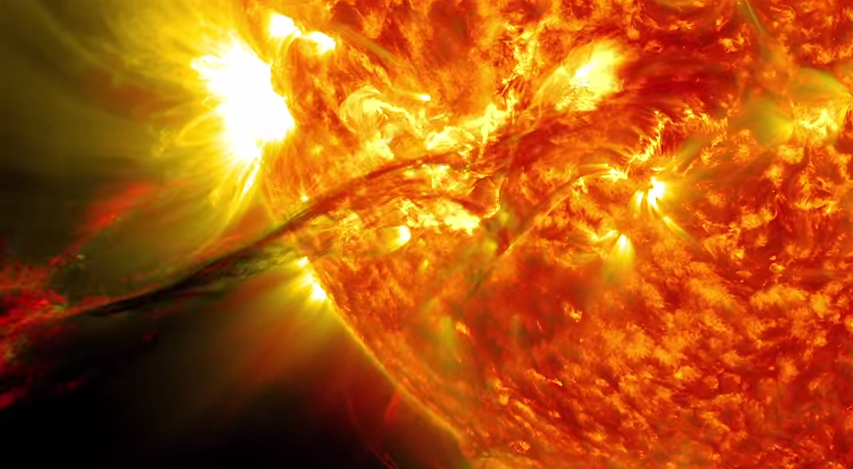 If you’ve read your share of sci-fi, and I know you have, you’ve read stories about another Earth-sized planet orbiting on the other side of the Solar System, blocked by the Sun. Could it really be there?

This is a delightful staple in science fiction. There’s a mysterious world that orbits the Sun exactly the same distance as Earth, but it’s directly across the Solar System from us; always hidden by the Sun. Little do we realize they know we’re here, and right now they’re marshalling their attack fleet to invade our planet. We need to invade counter-Earth before they attack us and steal our water, eat all our cheese or kidnap our beloved Nigella Lawson and Alton Brown to rule as their culinary queen and king of Other-Earth.

Well, could this happen? Could there be another planet in a stable orbit, hiding behind the Sun? The answer, as you probably suspect, is no (honestly, we would have seen it with one of our many probes).

But what if some powerful and mysterious being magically created another planet and threw it into orbit? It would briefly be hidden from our view because of the Sun. But we don’t exist in a Solar System with just the Sun and the Earth. There are those other planets orbiting the Sun as well. As the Earth orbits the Sun, it’s subtly influenced by those other planets, speeding up or slowing down in its orbit.

Eventually, our orbits would intersect, and there’d be an encounter. If we were lucky, the planets would miss each other, and be kicked into new, safer, more stable orbits around the Sun. And if we were unlucky, they’d collide with each other, forming a new super-sized Earth, killing everything on both planets, obviously.

Now, I’m now going to make things worse. There are a few places where objects can share a stable orbit. These locations are known as Lagrange points, regions where the gravity of two objects create a stable location for a third object. The best of these are known as the L4 and L5 Lagrangian points. L4 is about 60-degrees ahead of a planet in its orbit, and L5 is about 60-degrees behind a planet in its orbit.

A small enough body, relative to the planet, could hang out in a stable location for billions of years. Jupiter has a collection of Trojan asteroids at its L4 and L5 points of its orbit, always holding at a stable distance from the planet. Which means, if you had a massive enough gas giant, you could have a less massive terrestrial world in a stable orbit 60-degrees away from the planet.

By Fraser Cane at Universe Today