The remnants of dead stars could one day light the way for autonomous spacecraft. 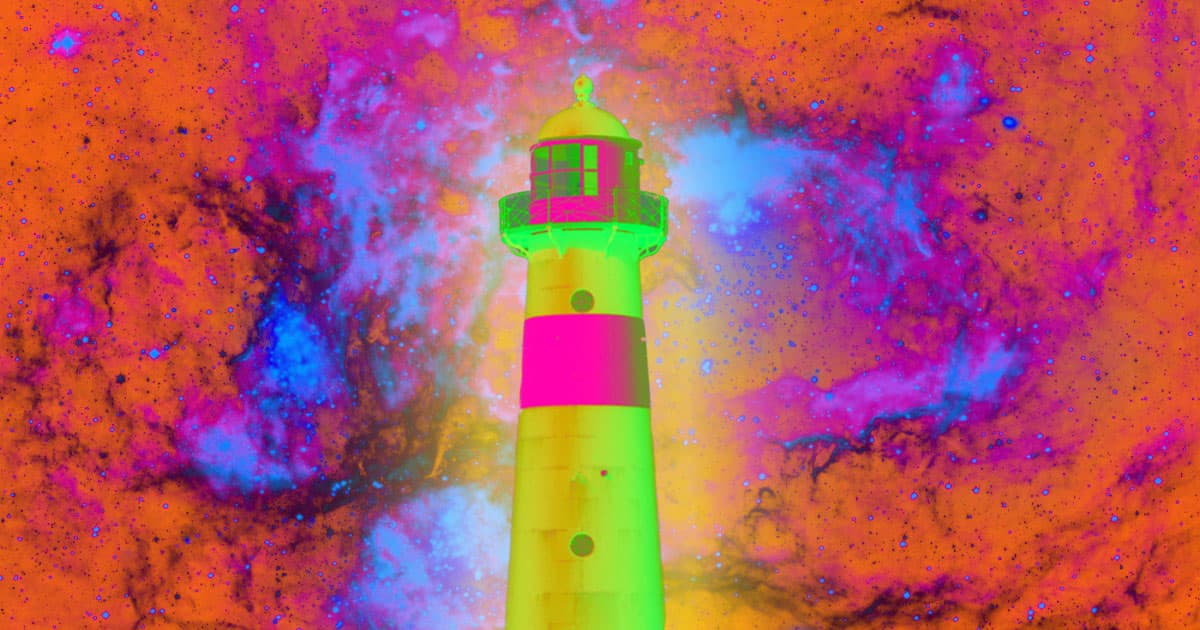 For centuries, sailors used the night sky to navigate the seas. But once humanity transitions to traveling and living in space, the equation changes. It's why scientists on board the International Space Station are looking for a GPS alternative for deep space travel.

Rather than relying on satellite constellations, scientists are proposing we use neutron stars — or the dead remains of stars that exploded in a supernova — as "cosmic lighthouses," according to a new NASA statement.

A washing machine-sized x-ray telescope called NICER (Neutron star Interior Composition Explorer) attached to the outside of the space station is already creating a GPS-like map of neutron stars.

The idea of using this map as a way to navigate has been referred to as "XNAV" in the past and could allow autonomous spacecraft to travel through space while knowing exactly where they're going.

"GPS uses precisely synchronized signals. Pulsations from some neutron stars are very stable, some even as stable as terrestrial atomic clocks in the long term, which makes them potentially useful in a similar way," Luke Winternitz, a researcher at NASA's Goddard Space Flight Center, said in the statement.

Other approaches such as NASA's Deep Space Atomic Clock (DSAC) could also one day act as a GPS for deep space by measuring how long it takes for information to bounce from node to node, down to the nanosecond.

The neutron star approach, however, uses faraway celestial objects as a way to self-locate — not atomic clocks.

The concept has already proven promising. In 2018, scientists already demonstrated that such a pulsar-based navigation system is functional from on board the space station. The experiment called SEXTANT (Station Explorer for X-ray Timing and Navigation Technology) could pinpoint the location of an object moving at thousands of miles per hour through space.

"It effectively turns the 'G' in GPS from Global to Galactic," Jason Mitchell, director of the Advanced Communications and Navigation Technology Division for NASA, said in the statement. "It could work anywhere in the solar system and even carry robotic or crewed systems beyond the solar system."

But as of right now, the tech driving such a conceptual galactic GPS is still pretty bulky. Mitchell claims future XNAV devices could be shrunk down. "For example, it would be interesting to fit an XNAV telescope into a small satellite that could independently navigate the asteroid belt and characterize primitive solar system bodies."

As for right now? NASA scientists are figuring out if such a navigation system could help NASA's planned Lunar Gateway station for launching future trips to Mars.