Coming Soon: Carbon Capture Plants That Suck CO2 Out Of The Air

And they also intend to make money out of it. 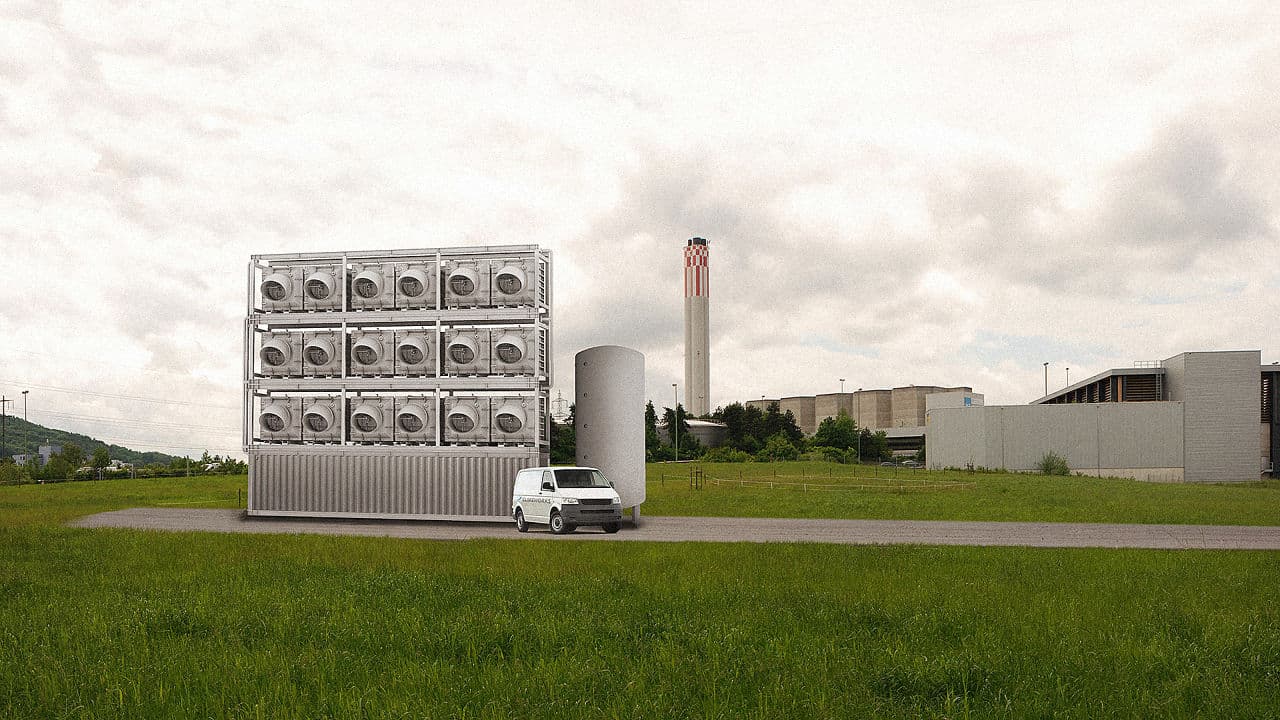 Fortunately, efforts are being made to help reduce our carbon output around the world by turning to renewable energy sources. More recently, scientists have devised another line of attack against climate change—carbon capture and storage. To put it in simple terms, carbon capture involves sucking greenhouse gasses from the atmosphere and storing them somewhere.

It may sound like an invention straight out of a dystopian science fiction novel, but the world's first commercial carbon capture and storage plant will actually be established later this year, courtesy of Climeworks, a Swiss company focused on such technology.

The pilot plant will be built near Zurich and is expected to be operational around September or October. As soon as it's up and running, it will begin sucking up air and filtering the carbon dioxide (CO2). The CO2 will bind with the spongy filter, to be released only by heating it.

So, where will the CO2 go? To third parties willing to buy the stored gasses by the tonne. Climeworks intends to sell the gas to agricultural industries (such as those that make use of greenhouses), and beverage manufacturers for carbonated drinks.

However, while it's an interesting way to deal with these gasses contributing to climate change, to keep the process going Climeworks intends to sell the gasses at $600 per tonne, which isn't cheap. More than that, it'll only rack up an annual 900 tonnes of CO2 extracted from the atmosphere, which is the equivalent emission of around 200 cars yearly.

Howard Herzog from MIT's Energy Initiative is skeptical of the technology, saying, "I think it provides false hope."

Time will certainly tell. Meanwhile, the world is closely monitoring other promising technologies that intend to deal with the carbon emissions crisis. Carbon Engineering intends to convert CO2 into a zero-carbon e-diesel fuel.

Read This Next
From Our Partners
10 Thought-Provoking Books That Give Us Insight And Understanding Into Our Future
Dim Sun
Top US Scientists Propose Research Into Blocking Sun to Fight Climate Change
Walk The Walk
Bezos Coughs Up Pathetic 7% of Net Worth to Fight Climate Change
Molecular Coffee
This "Molecular Coffee" is Brewed Entirely Without Beans
Sponsored
This Company is Ready to Fight Back Against Climate Change and "Fix the Planet"
More on Sci-Fi Visions
Human v. Giraffe
Tuesday on the byte
Chaotic Italian Fashion Line Baffles Facial Recognition Software
Step One
Tuesday on the byte
World’s Third Richest Person Says He’s Developed "Addiction" to ChatGPT
FROM THE DEPT. OF...
Tuesday on futurism
The Best Places to Buy A Laptop in 2023
READ MORE STORIES ABOUT / Sci-Fi Visions
Keep up.
Subscribe to our daily newsletter to keep in touch with the subjects shaping our future.
+Social+Newsletter
TopicsAbout UsContact Us
Copyright ©, Camden Media Inc All Rights Reserved. See our User Agreement, Privacy Policy and Data Use Policy. The material on this site may not be reproduced, distributed, transmitted, cached or otherwise used, except with prior written permission of Futurism. Articles may contain affiliate links which enable us to share in the revenue of any purchases made.
Fonts by Typekit and Monotype.