China has a number of projects it wants to complete by 2045. 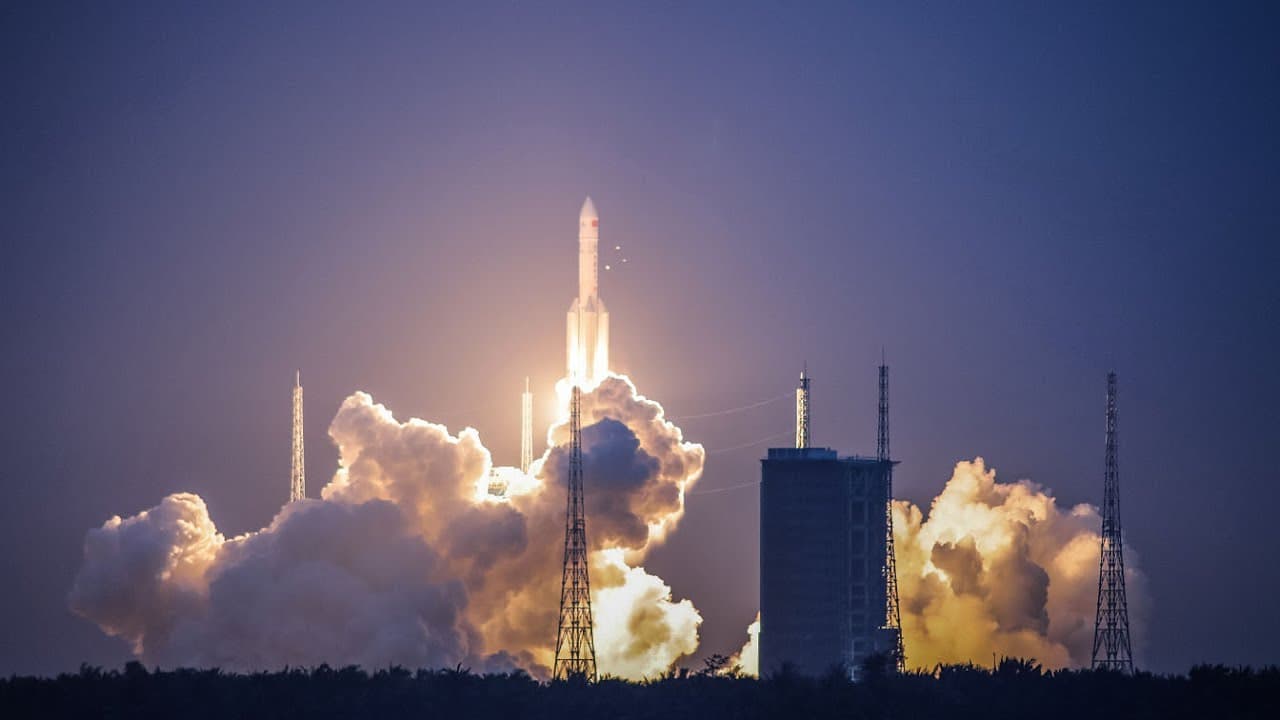 Set a Course for Space

China continues to make steady progress on its space exploration plans: from a deal with Russia to the possibility of launching rockets near the equator, — and most recently, the ambition to develop a nuclear-powered shuttle.  The China Aerospace Science and Technology Corporation (CASC), the main contractor for the country's space program, has laid out a roadmap detailing the country's goals for space exploration and technology. It offers a glimpse at what the country hopes to accomplish between 2017 and 2045, with one of the most ambitious projects being a nuclear-powered space shuttle.

There are numerous other targets China hopes to hit: as reported by GB Times, CASC will finish development on the Long March 8 rocket and put it into operation launching commercial satellites by 2020. GB Times previously reported that the Long March 8 will complete its first test flight in 2019, making a 2020 debut likely if everything goes as planned.

By 2025, CASC plans to have a reusable space plane that will be used for suborbital tasks such as space tourism — a market also being eyed by Blue Origin and Virgin Galactic. The first launch of China's reusable space plane had previously been set to take place in 2020.

By 2030, the Long March 9 rocket will be ready for use. Classified as a "heavy-lift" rocket, it's capable of carrying over 100 tonnes (220,462 pounds), making it perfect for launching crewed missions to the Moon, and possibly unmanned missions to Mars. By comparison, SpaceX's Falcon Heavy rocket has a payload capacity of about 63 tonnes (140,660 pounds), though future iterations of the Falcon Heavy are likely to incorporate an increased payload.

Looking ahead to 2035, the CASC wants to make all of its launch vehicles reusable; currently, they're all single use. Within five years from that time, they expect the introduction of a new generation of rockets and launch vehicles which would be used for interstellar missions, asteroid mining, and "constructing megaprojects such as a space-based solar power station." The nuclear-powered space shuttle is also set for 2040, but as there are few details about the shuttle at present, it's unclear if 2040 is when development will begin or when its first launch is expected to take place.

Provided everything progresses as hoped, China foresees itself becoming a leader in aerospace by 2045. It is, of course, difficult to account for everything that could happen over the next couple of decades, but the CASC's roadmap is a clear sign of its investment in space exploration, and an example of what other countries may want to consider in order to maintain the public's interest in space.

It should also be noted the roadmap reported by GB Times doesn't include everything China plans to do. The aforementioned rocket launches near the equator are set to begin next year, while an unmanned probe is on track to be sent to Mars in 2020.

Read This Next
And He Scores
We Are Completely Puzzled by This Video of a Chinese Astronaut Playing Ping-Pong in Space
Moon Wrestling
The Head of NASA Is Scared Chinese Astronauts Will Seize Portions of the Moon
Monkey Business
China Plans to Send Monkeys to Space Station to Have Sex With Each Other
Overview Effect
William Shatner Says His Space Trip Left Him With a Feeling of Terrible Grief
Astronaut Drip
We Just Got the First Peek at NASA's Artemis Moon Landing Suits
More on Off World
No More Hops, Mor...
Yesterday on the byte
Suggestion: NASA Should Make Its Mars Helicopter Do Some Gnarly Tricks From "Tony Hawk"
Exoplanet Dance
Tuesday on the byte
Scientist Releases Amazing Video of Exoplanets Orbiting Distant Star
Space Junk News
Tuesday on the byte
Two Large Chunks of Space Debris Just Almost Collided in an Epic Disaster
READ MORE STORIES ABOUT / Off World
Keep up.
Subscribe to our daily newsletter to keep in touch with the subjects shaping our future.
+Social+Newsletter
TopicsAbout UsContact Us
Copyright ©, Camden Media Inc All Rights Reserved. See our User Agreement, Privacy Policy and Data Use Policy. The material on this site may not be reproduced, distributed, transmitted, cached or otherwise used, except with prior written permission of Futurism. Articles may contain affiliate links which enable us to share in the revenue of any purchases made.
Fonts by Typekit and Monotype.