China Is Developing Rice That Grows in Saltwater

It could free up freshwater lands for other crops. 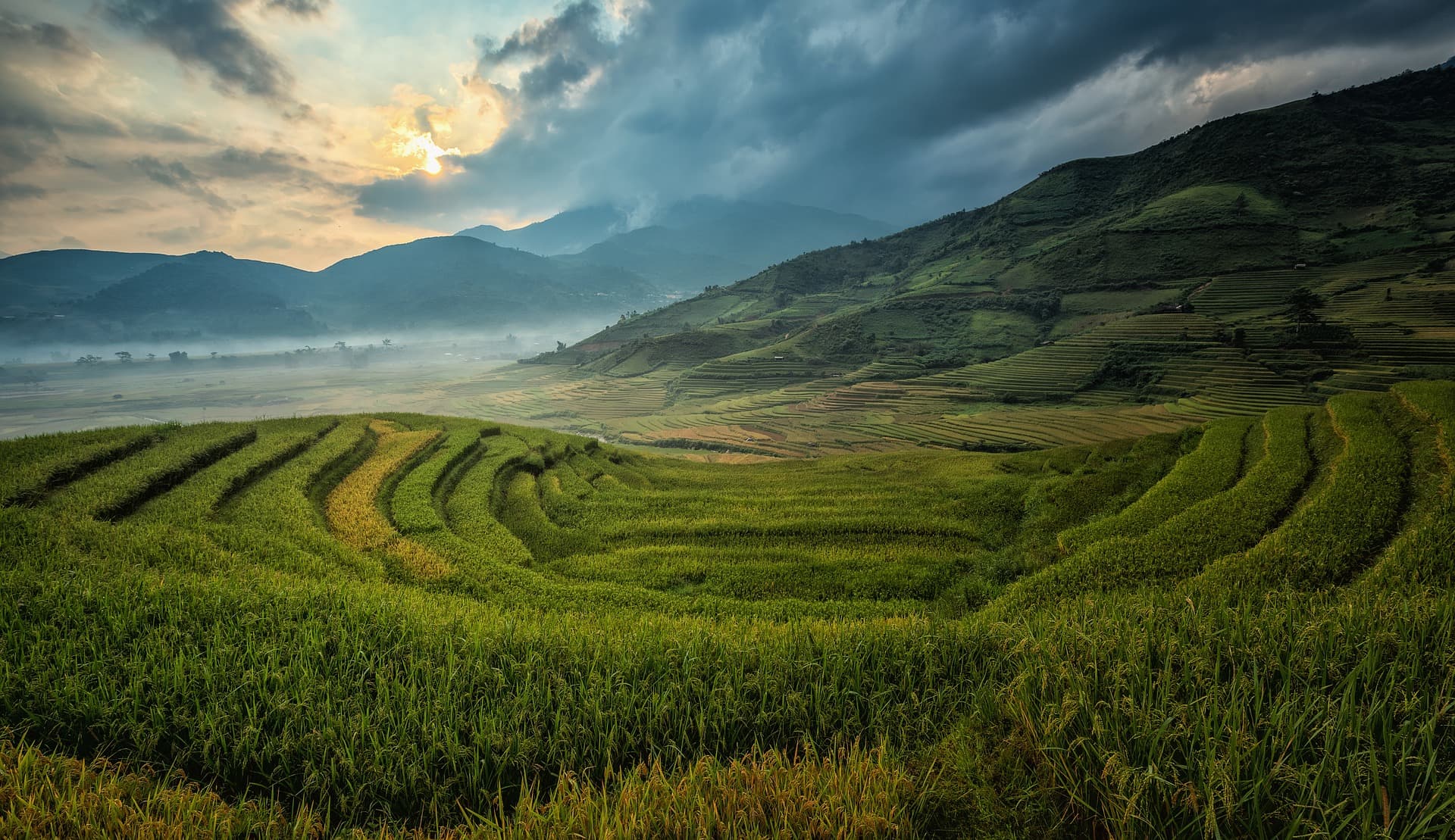 More than half the global population relies on rice to survive, but meeting that demand is difficult due to the increasing scarcity of freshwater, which is required for rice cultivation. To get around the problem, an 87-year-old Chinese scientist named Yuan Longping is developing a new high-yield strain of rice that grows in saltwater.

Swamps, bogs, and clay-like or salty coastal waters make up roughly a third of the total arable land in China. Growing rice in these locales is nearly impossible because salt stresses plants' water-absorption process. Specifically, saltwater makes photosynthesis and respiration more difficult for stalks and slows their growth to death.

Salt from coastal flooding and tides has left just a fraction of China's total land open to freshwater rice farming, and in Dongying, a region on China's eastern coast, 40 percent of land has a salt concentration higher than 0.5 percent, according to the World Bank. Experts expect the rising waters from global climate change to exacerbate this problem.

For his research, Longping planted 200 different saltwater-tolerant rice strains at the Qindao Saline-Alkali Tolerant Rice Research and Development Center on the Yellow Sea. According to China's Xinhua News Agency, his efforts yielded 8,030 pounds of rice per acre. For comparison, most commercial U.S. growers harvest between 7,200-7,600 pounds per acre annually.

Though promising, Longping's experiment did not mimic the actual conditions in China, instead using water with a much lower salt concentration than could be found in nature.

"It's still only maybe 10 percent the level of salt in sea water," Assistant Director General for Agriculture at the United Nations' Food and Agriculture Organization (UN FAO) Ren Wang told Business Insider, so the "salt-proof" rice does have a long way to go before it could help ordinary farmers.

The Future of Food

China already produces more rice than any other country on Earth, but if Chinese farmers had access to rice that grows in saltwater, they could plant it in the vast saltwater lands of their country, increasing the nation's food supply significantly, Wang told Business Insider.

Longping's early success with rice that grows in saltwater also comes at a time when rice producers are reporting particularly unfavorable conditions.

According to the UN FAO's 2017 global rice production forecast, Sri Lanka and South Korea are experiencing "abnormal dryness," and Bangladesh recently suffered the worst flooding to hit South Asia in a decade. Nepal and India were also hit by floods and droughts this year, and citizens of those nations will consequently see an increase in prices.

With ice shelves the size of Delaware breaking off the Antarctic with increasing frequency, Longping's approach to agricultural innovation may determine how future generations cope with the food scarcity that could follow the loss of freshwater land to saltwater flooding.

Read This Next
Brands We Love
This Self-Watering Indoor Garden Makes It Easier Than Ever to Grow Fruits and Veggies
Brands We Love
Stuck Inside? The Future of Grocery Shopping is Meal Delivery Services
Brands We Love
Water Is Important, but What Your Body Really Needs Is Proper Hydration
Brands We Love
Want Improved Gut Health? This Tech From Los Alamos National Laboratory Can Help.
When it Melts, it Floods
Why Sea Levels Along The US East Coast Are Rising at Different Rates
More on Future Society
Down in Flames
Yesterday on the byte
Elon Musk Apparently Thinks Twitter Is a "Flaming Dumpster Rolling Down the Street"
All Tomorrow's Pa...
Yesterday on the byte
Party Startup Says It Has Zero Plans to Make Any Money With Investors' Funds
Primate Theft
Tuesday on the byte
It Was a Very Bad Weekend for Monkeys Being Stolen From Zoos, Apparently
READ MORE STORIES ABOUT / Future Society
Keep up.
Subscribe to our daily newsletter to keep in touch with the subjects shaping our future.
+Social+Newsletter
TopicsAbout UsContact Us
Copyright ©, Camden Media Inc All Rights Reserved. See our User Agreement, Privacy Policy and Data Use Policy. The material on this site may not be reproduced, distributed, transmitted, cached or otherwise used, except with prior written permission of Futurism. Articles may contain affiliate links which enable us to share in the revenue of any purchases made.
Fonts by Typekit and Monotype.