California Has Set Up A Hotline Due to Invasive, 20-Pound Rodents

And they're nearly three feet long ... 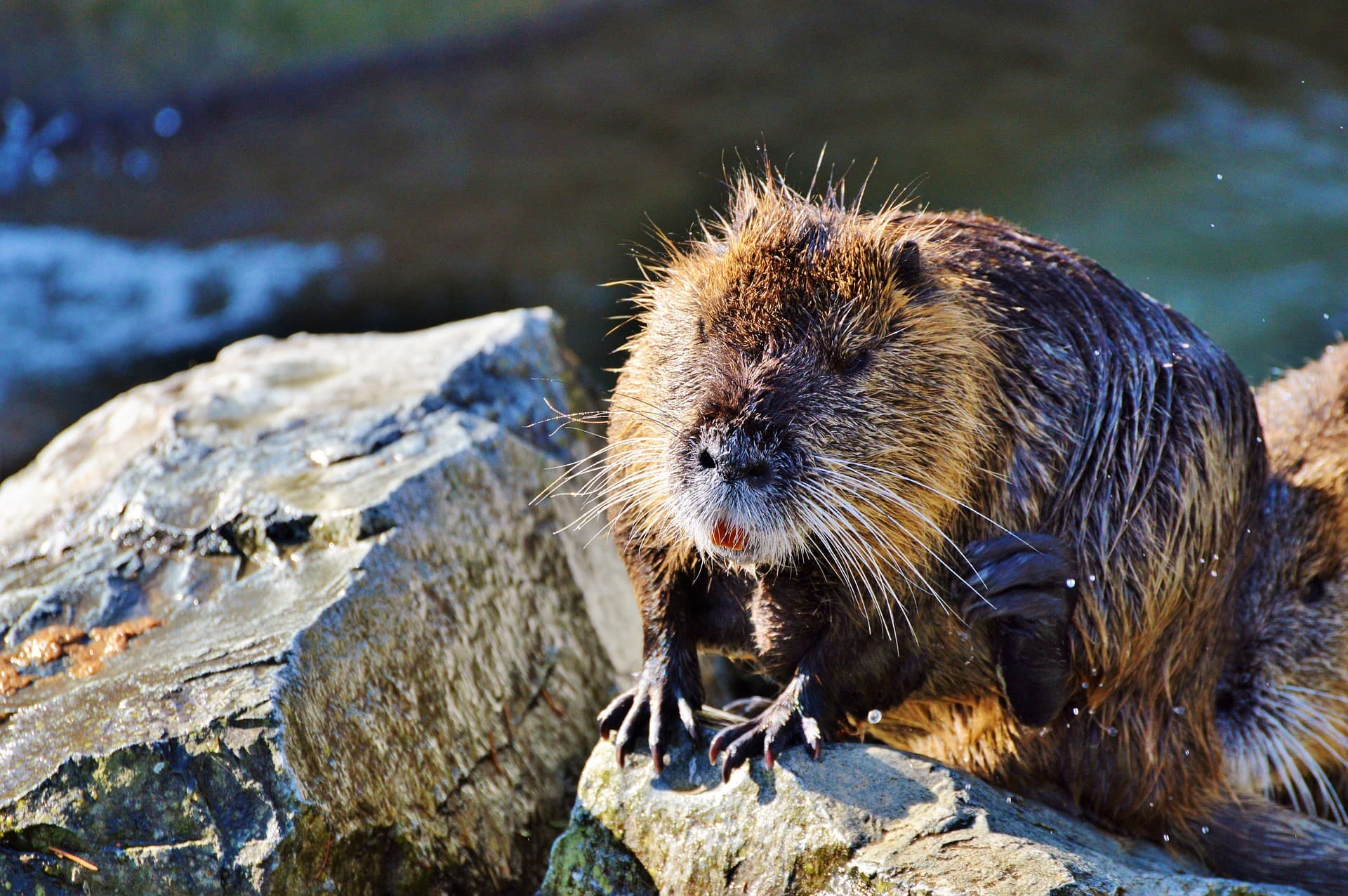 An invasive menace has reared its buck-toothed head to ravage California's wetlands. No, this isn't the plot of an upcoming sci-fi horror novel, but rather a very real problem in the Golden State.

Nutria, also known as Myocastor coypus, is an invasive species of rodent that was thought to have been eradicated in the late 1960s. But now, for the first time in decades, the species has been spotted in three California counties.

The California Department of Fish and Wildlife (CDFW) is setting up a hotline so citizens can help track the animals. The more information the department has about how many of these rodents reside in which parts of the state, the better they can prepare for a possible infestation.

These rodents are more than a meter (3.5 ft) long when you include their tails, and weigh up to 9 kg (20 lbs). Not only are these beasts enormous, but they can severely impact local ecosystems. Thanks to their burrowing habits, Nutria erode soil, destroy wetlands, and wreak havoc on flood control systems. They also contaminate drinking water supplies with parasites and diseases that can infect humans, pets, and livestock.

One of the 20 rodents recently spotted in California was a healthy, pregnant female. According to the CDFW, Nutria breed early and breed often. A female can have three litters in as little as 13 months.

After just a year, a single reproductive female could be responsible for the births of more than 200 offspring. These animals can then spread as far as 50 miles from their birthplace.

Invasive species, like Nutria, have no local predators that could help naturally quell their numbers. This is what makes them so challenging to eradicate from a region. Add that to not even knowing the size and scope of California's nutria invasion, and the CDFW has a serious problem that could have devastating consequences for the state's wetlands and water supply.

"We have no idea how many there are or how they were reintroduced," CDFW spokesman Peter Tira told NPR. "We don't know if someone set one loose or if there was an isolated population out there that we didn't know about. But we do know we have to get rid of them."

Read This Next
Charlotte's Web
Experts Say That Those Giant Spiders Falling From the Sky Are Good, Actually
Tech Hub
The Skies in California Basically Look Like the Apocalypse Right Now
Death From Above
Autonomous Drones Are Dropping Rat Poison Bombs on This Island
Going Solar
California Now Requires Solar Panels on All New Homes
Futurism
How California's Incredible New Solar Panel Law Is Historic for Green Energy
More on Earth & Energy
Rock Battery
Jan 28 on the byte
Researchers Successfully Turn Abandoned Oil Well Into Giant Geothermal Battery
Do The Worm
Jan 27 on the byte
Scientists Name "Funky Worm" Amphibian After a Weird 70s Funk Song
Cow Chow
Jan 26 on the byte
Bill Gates Gives $12 Million to Flatulent Australian Cows
READ MORE STORIES ABOUT / Earth & Energy
Keep up.
Subscribe to our daily newsletter to keep in touch with the subjects shaping our future.
+Social+Newsletter
TopicsAbout UsContact Us
Copyright ©, Camden Media Inc All Rights Reserved. See our User Agreement, Privacy Policy and Data Use Policy. The material on this site may not be reproduced, distributed, transmitted, cached or otherwise used, except with prior written permission of Futurism. Articles may contain affiliate links which enable us to share in the revenue of any purchases made.
Fonts by Typekit and Monotype.