Autonomous Drones Are Dropping Rat Poison Bombs on This Island

The project could revolutionize conservation efforts around the globe. 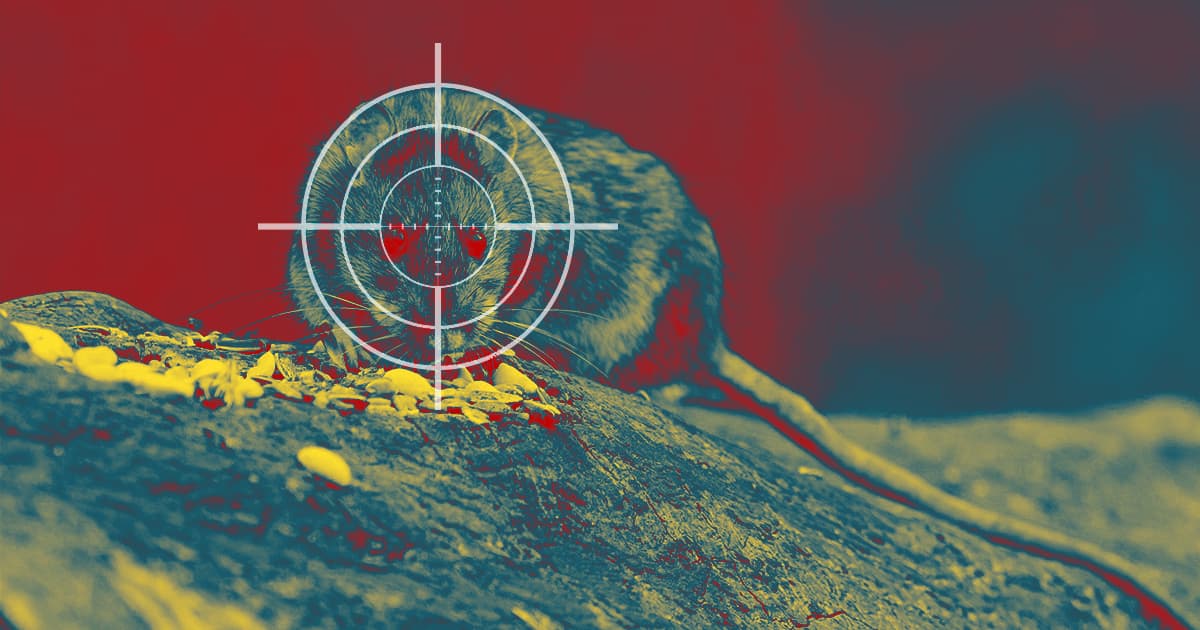 The Galapagos Island of Seymour Norte, off the coast of Ecuador, has a vicious invasive rat problem.

Despite efforts to curb the spread of the rats in 2007, conservationists found the tiny island was infested yet again a decade later by two common rat species. This time, they employed a high-tech solution to fight the vermin: autonomous drones that fly along predetermined paths and drop bombs of rodent poison, Wired reports.

Invasive rodents have decimated native species like iguanas and a number of birds by eating their eggs, and offspring. On an island like Seymour Norte, a single mammal species like the rat can quickly upend a delicate ecosystem.

The government of Ecuador partnered with Island Conservation, an American non-profit, to devise a solution: six-rotor drones specially designed to drop an immense 44 pounds of rat poison pellets per trip. The drones are launched from a boat near the island and fly autonomously along a pre-programmed route, dropping pellets as they go. A total of 6,600 pounds (3,000 kilograms) of rat poison were produced for the eradication, according to a press release.

The operation has reportedly been successful. According to the team, the rodent infestation is almost entirely banished from the island, giving an Island Conservation spokesperson hope that the system could be used in other areas.

"You can take a drone and pack it up and put it on a plane and you can go anywhere in the world with it," Island Conservation's project director Chad Hanson told Wired. "That's effectively opening up a door to a whole new suite of islands that haven't been feasible in the past."

More on animal conservation: AI That Counts And Identifies Wildlife Could Be A Game-changer For Ecologists

Read This Next
Charlotte's Web
Experts Say That Those Giant Spiders Falling From the Sky Are Good, Actually
Futurism
Asian Ticks on New Jersey Sheep? Invasive Species Are a Reality of Our Future
Futurism
California Has Set Up A Hotline Due to Invasive, 20-Pound Rodents
Futurism
Synthetic Rhino Horns Are Being Created to Flood Markets and Eradicate Poaching
Futurism
New Drone Plans an Ambitious Mission to Plant 100,000 Trees a Day
More on Earth & Energy
The Dos and Do-Do...
1:59 PM on the byte
Startup Backed By "Jurassic World" Producer Says It Will Revive Extinct Dodo Using Complete Genome
Shark Smile
Yesterday on the byte
Influencer Fined for Eating Endangered Great White Shark
Imagine Dragons
Monday on the byte
Miners Say "Sorry" for Losing Highly Radioactive Object Along Highway
READ MORE STORIES ABOUT / Earth & Energy
Keep up.
Subscribe to our daily newsletter to keep in touch with the subjects shaping our future.
+Social+Newsletter
TopicsAbout UsContact Us
Copyright ©, Camden Media Inc All Rights Reserved. See our User Agreement, Privacy Policy and Data Use Policy. The material on this site may not be reproduced, distributed, transmitted, cached or otherwise used, except with prior written permission of Futurism. Articles may contain affiliate links which enable us to share in the revenue of any purchases made.
Fonts by Typekit and Monotype.