Asian Ticks on New Jersey Sheep? Invasive Species Are a Reality of Our Future

How these pests crossed continents is still a mystery. 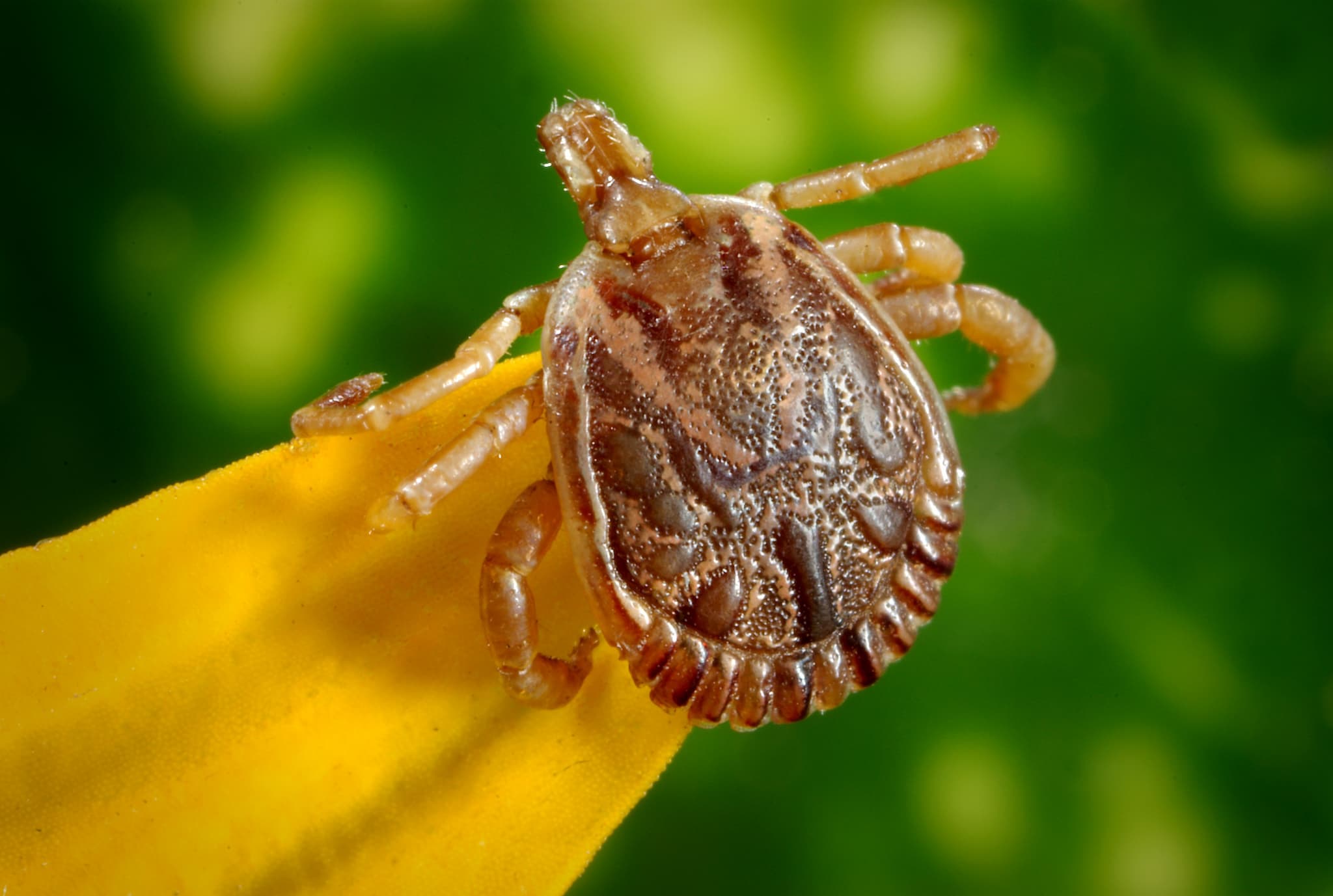 A Sheep and Frozen Pants

In August 2017, researchers discovered a sheep in rural New Jersey covered in Haemaphysalis longicornis, a tick endemic to East Asia. The ability of these Asian ticks, also call longhorned or bush ticks, to cross continents has baffled state health authorities, and the whole ordeal is the subject of a paper recently published in the Journal of Medical Entomology.

The elderly sheep in question belonged to a family living in Hunterdon County, New Jersey. Its owner spotted the ticks while shearing the animal and decided the discovery was worth a trip to the county office.

According to Tadhgh Rainey, the study's lead author and division head for Hunterdon's health services division, the sheep's owner entered their office carrying far more of the creatures than she thought.

"What she didn't know was her entire clothing, pants and everything, they were covered in ticks," Rainey told NPR. "I get this call from my assistant and he said, 'We've got a resident here who showed up covered in ticks; she's panicking; now we're panicking and her pants are in our freezer.'"

Longhorned ticks feed on the blood of certain mammals, including humans. In general, they don't transmit diseases directly from person to person. Instead, they could pick up a disease from an animal and pass it to a human. They can multiply rather quickly, essentially cloning themselves, but they can't withstand cold temperatures, hence the pants in the freezer.

Senior study author Andrea Egizi told NPR that researchers have discovered this particular species of tick in the U.S. before on large quarantined animals. The New Jersey case, however, marks the first time anyone has spotted the ticks in all of their life stages on an unquarantined animal.

So, how did Asian ticks get to New Jersey?

They could have reached the U.S. by hitching a ride on a traveling animal or human being. The parasitized sheep itself, however, had never left the country. Its owners didn't have any other domesticated animals that could've transferred the ticks, either, so thus far, their arrival is still a mystery.

The New Jersey incident is just one example of a growing trend. Across the planet, species are finding their way to places they don't naturally belong, like a wildlife globalization of sorts.

Invasive species can destroy native animal populations and environments, and, in the case of parasites, they can also spread diseases. According to experts, invasive species are one of the biggest threats facing wildlife, but fortunately, we have ways to deal with "unwanted" species migration.

In the case of the New Jersey sheep, Rainey's office first visited the animal's home to confirm the reports. They found hundreds of ticks on the sheep and collected around 1,000 more from the property. Then, the sheep's owner chemically cleansed the animal, after which county workers cut and chemically treated the property's high grass.

As of November, all traces of the ticks had vanished. However, that doesn't necessarily mean they're gone, according to Rainey. Tracking the ticks is difficult given their small size, and invasive species do tend to have good survival skills, so they could crop up again on another animal, maybe in New Jersey or maybe somewhere even less expected.

Read This Next
Charlotte's Web
Experts Say That Those Giant Spiders Falling From the Sky Are Good, Actually
Death From Above
Autonomous Drones Are Dropping Rat Poison Bombs on This Island
Futurism
California Has Set Up A Hotline Due to Invasive, 20-Pound Rodents
Futurism
Climate Change Could Wipe Out One-Third of Parasite Species by 2070
More on Earth & Energy
Cow Chow
Yesterday on the byte
Bill Gates Gives $12 Million to Flatulent Australian Cows
Dye in the Water
Yesterday on the byte
Scientists Dye Chunks of Ocean Water Pink for Head-Turning Coastal Experiment
Face/On
Yesterday on the byte
Scientists Found a Dinosaur's Face, Complete With Its Skin
READ MORE STORIES ABOUT / Earth & Energy
Keep up.
Subscribe to our daily newsletter to keep in touch with the subjects shaping our future.
+Social+Newsletter
TopicsAbout UsContact Us
Copyright ©, Camden Media Inc All Rights Reserved. See our User Agreement, Privacy Policy and Data Use Policy. The material on this site may not be reproduced, distributed, transmitted, cached or otherwise used, except with prior written permission of Futurism. Articles may contain affiliate links which enable us to share in the revenue of any purchases made.
Fonts by Typekit and Monotype.