Black Holes Eat Stars Much Faster Than We Thought 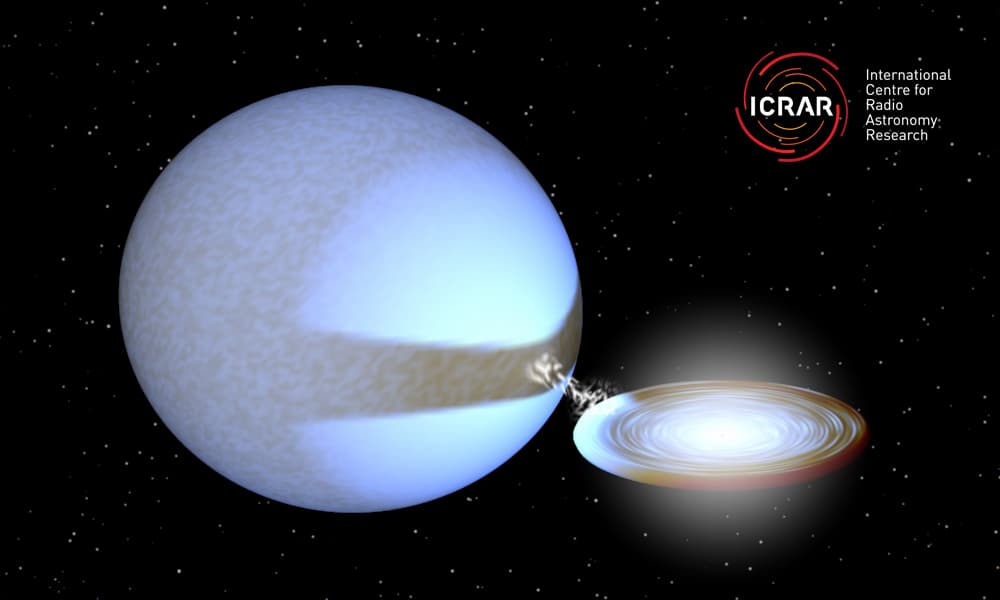 Astronomers have discovered a black hole that is consuming gas from a nearby star 10 times faster than previously thought possible. The black hole—known as P13—lies on the outskirts of the galaxy NGC7793 about 12 million light years from Earth, and according to the International Center for Radio Astronomy Research, it is ingesting a weight equivalent to 100 billion billion hot dogs every minute (yeah, that's kind of weird way to measure things).

The discovery was published this week in the journal Nature.

International Centre for Radio Astronomy Research astronomer Dr Roberto Soria, who is based at ICRAR’s Curtin University node, said that as gas falls towards a black hole it gets very hot and bright. He states that scientists first noticed P13 because it was a lot more luminous than other black holes, but it was initially assumed that it was simply bigger: “It was generally believed the maximum speed at which a black hole could swallow gas and produce light was tightly determined by its size. So it made sense to assume that P13 was bigger than the ordinary, less bright black holes we see in our own galaxy, the Milky Way.”

When Dr Soria and his colleagues from the University of Strasbourg measured the mass of P13 they found it was actually on the small side, despite being at least a million times brighter than the Sun. It was only then that they realised just how much material it was consuming. “There’s not really a strict limit like we thought, black holes can actually consume more gas and produce more light,” Dr Soria said.

P13 rotates around a supergiant ‘donor’ star 20 times heavier than our own Sun, and scientists saw that one side of the donor star was always brighter than the other because it was illuminated by X-rays coming from near the black hole (so the star appeared brighter or fainter as it went around P13).

“This allowed us to measure the time it takes for the black hole and the donor star to rotate around each other, which is 64 days, and to model the velocity of the two objects and the shape of the orbit," Dr Soria said. “From this, we worked out that the black hole must be less than 15 times the mass of our Sun.” Dr Soria compared P13 to small Japanese eating champion Takeru Kobayashi:

As hotdog-eating legend Takeru Kobayashi famously showed us, size does not always matter in the world of competitive eating and even small black holes can sometimes eat gas at an exceptional rate. These are the champions of competitive gas eating in the Universe, capable of swallowing their donor star in less than a million years, which is a very short time on cosmic scales,

Dr Soria said P13 is a member of a select group of black holes known as ultraluminous X-ray sources.

This article comes from the International Center for Radio Astronomy Research.