Size and Scope of Typhoon Vongfong 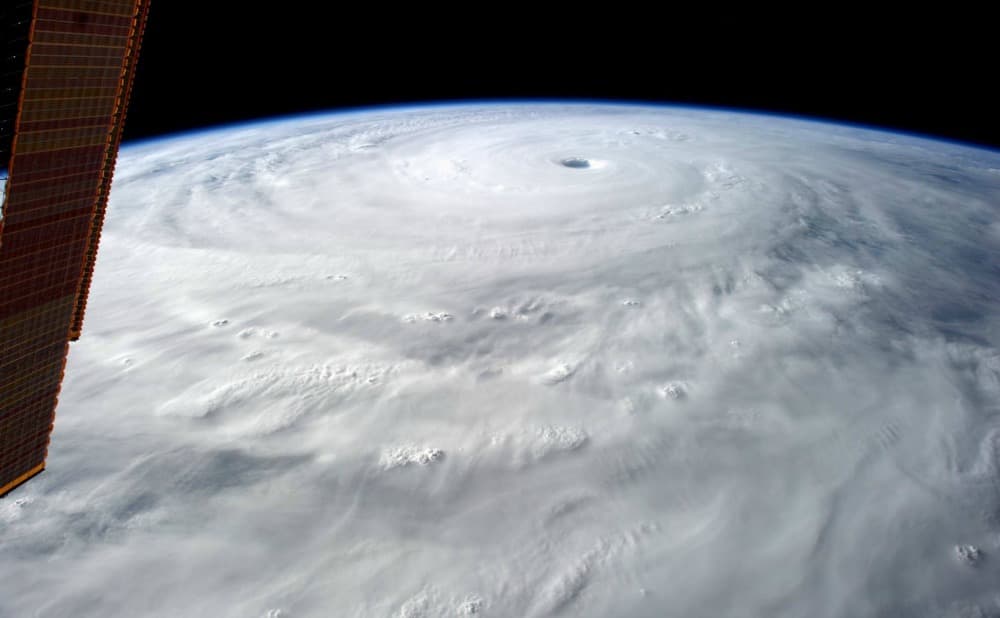 According to Japan’s meteorological agency, typhoon Vongfong has been moving across the country and could reach the Tokyo area by Tuesday; fortunately it will gradually lose strength as it moves up the archipelago. So far,  Vongfong has packed winds up to 234 kmh  (145 mph), and it brought with it heavy rain and massive waves.  This isn't too surprising, as its size is simply staggering. Below is an image of Typhoon Vongfong as seen from the International Space Station (ISS). It was taken by NASA astronaut Alexander Gerst and posted earlier today (October 12, 2014).

Typhoons earn their names by achieving winds speeds over 74 miles per hour. Hurricanes, cyclones, and typhoons are all essentially the same thing (they are the same weather phenomenon). However, we use different names for these storms in different places. For example, in the Atlantic and Northeast Pacific, the term “hurricane” is used. The exact same weather phenomenon in the Northwest Pacific is called a “typhoon,” while “cyclones” occur in the South Pacific and Indian Ocean.

The below image, taken October 11 2014, is a satellite image from NASA that shows Typhoon Vongfong southwest of Japan. Vongfong began crossing towards Japan on October 11, 2014 after passing India and causing massive evacuations. Hundreds of thousands of people were forced to flee the storm (at least 400,000 people were evacuated from the coastal areas of Andhra Pradesh and Orissa states alone). It injured at least 20 people as it pounded the southern Okinawan islands with ferocious winds and driving rain, and 3 United States Airmen were killed when they were washed out to sea.

Although the Joint Typhoon Warning Center has since downgraded the storm from a super typhoon, Japanese officials said it remains  "large and very strong" and warn of high waves, torrential rain and landslides.

Fortunately, thanks to effective evacuations and advanced preparation, the damage has been less than in previous storms. One of the most devastating occurred in 1999, when a cyclone hit Orissa's coastline and killed at least 10,000 people. Last October, India was forced to evacuate nearly a million people out of the path of Cyclone Phailin, which was the strongest tropical storm to hit India in more than a decade. The evacuations were carried off successfully, though Phailin destroyed hundreds of millions of dollars' worth of crops after it made landfall in Orissa. However, it only claimed about 25 lives.